Can the Canvas 6 Bring Back Glory to Micromax? 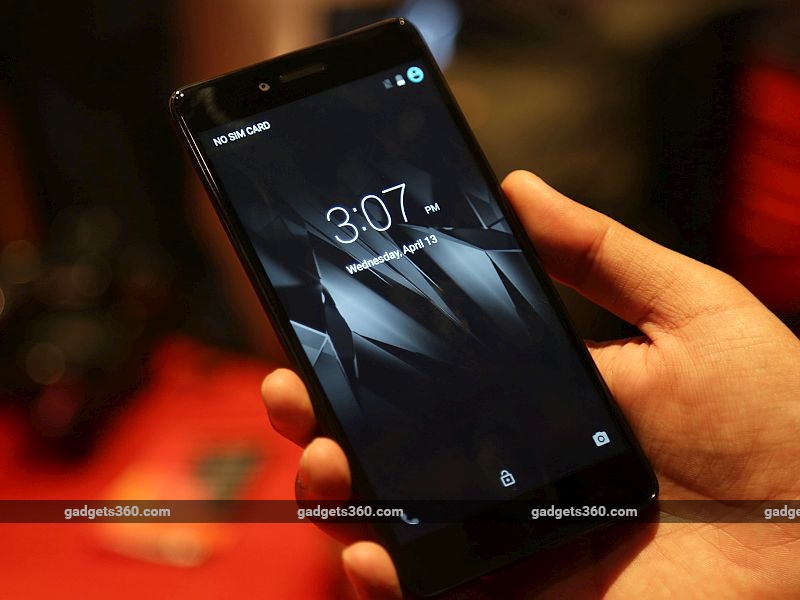 Micromax on Wednesday announced a major brand refresh, including a brand-new logo. At the event in Gurgaon, Micromax showcased its upcoming line-up of products, including smartphones, tablets, and LED TVs that will be released in the Indian market in the coming weeks. The company at the event also unveiled its new flagship Canvas smartphones - the Micromax Canvas 6 and Micromax Canvas 6 Pro. However, only the Canvas 6 Pro was available at the hands on area at the venue.

The Indian handset brand, which started selling smartphones back in 2008, has been amongst the top five smartphone vendors in the country for many years now but competition has been steadily increasing and improving. There's a lot of pressure on Micromax to step up its game, which may explain why the company revealed a total of 19 products including the Micromax Bolt Supreme, Bolt Supreme 2, Bolt Q381, Bolt Selfie, Canvas Spark 2+, Canvas Evok, Canvas Mega 2, Canvas Unite 4, Canvas Selfie 5, and Canvas Fire 5 apart from the Canvas 6 and Canvas 6 Pro smartphones. Micromax also gave a sneak preview of its new 40- and 50-inch Smart LED televisions, along with new 4G-enabled tablets - the P710 and P810. Unfortunately, Micromax didn't give details about the specifications or pricing of all products showcased on Wednesday, focusing instead on the Canvas 6 and Canvas 6 Pro.

At the event, Micromax claimed that it is currently working to get four manufacturing plants functional in India by 2017, at which point it will have 100 percent local manufacturing. Talking to Gadgets 360, Shubhajit Sen, Chief Marketing Officer, Micromax said the company plans to invest Rs. 300 crore on three new manufacturing plants - in Telangana, Madhya Pradesh, and Rajasthan, to go with the existing one in Rudrapur - with the aim to ramp up domestic production and reduce dependence on imports.

On Wednesday, Micromax also took a big leap as it confirmed that the Canvas 6 Pro and Canvas 6 will be available only via the company's brand new online store, at least to start with. The 'aggressive' online strategy was confirmed to Gadgets 360 by Sen few weeks ago. He again said that Micromax will bring more "exclusive" smartphones to online platforms.

The company in its refreshed smartphone strategy has also put a fresh emphasis on services over specifications. During the keynote presentation, Sen talked about built-in features in Micromax's smartphones and the new value added services focusing on an ecosystem of content. The new flagships from Micromax comes with the company's recently unveiled feature that lets anyone shop, book a cab, and do much more from a single place. Micromax's subsidiary Yu introduced the feature first in its Yutopia. During our review of the Yu Yutopia smartphone, we found this 'Around' feature to be well integrated and easy to use. 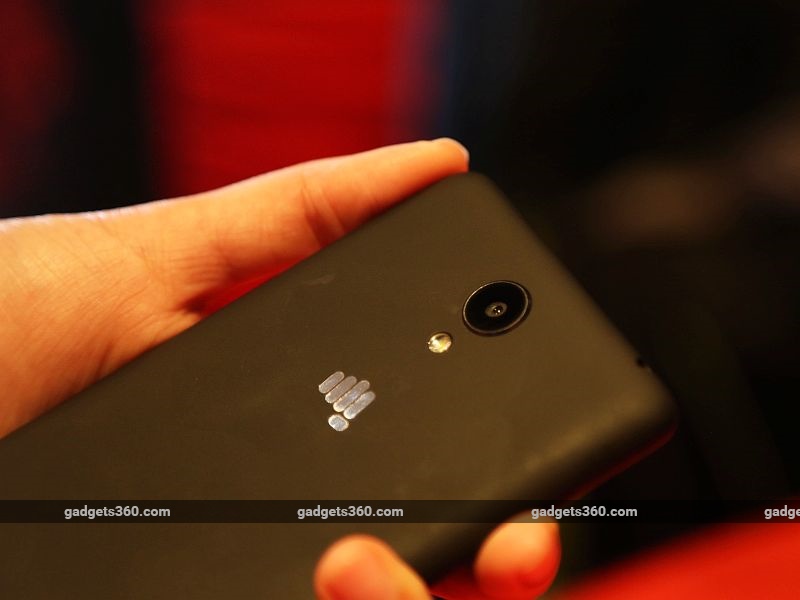 Coming to the Micromax Canvas 6 Pro, the smartphone features a familiar design with nothing really new to write about. It sports a rubber-like rear panel offering a great grip. The front panel is dominated by the 5.5-inch full-HD display, with the 5-megapixel front camera on top. The display comes with Corning Gorilla Glass 3 for protection. Micromax has opted for the on-screen back, home, and recents button instead of capacitive ones. The right panel houses the power and volume rocker controls which are easily accessible even when using the handset with just one hand. The rear packs the primary camera accompanied by an LED flash and also houses the brand new Micromax logo. The bottom panel holds the charging port while the top side includes the 3.5mm audio jack.

The Micromax Canvas 6 Pro runs Android 5.1 Lollipop out-of-the-box with some tweaks from the company. The app icons on the smartphone have received major revamp and the Around feature looks to dominate the software experience on the handset. The Quick setting toggles on the Canvas 6 Pro looks similar to a near stock Android device. The unit we played had some preloaded apps including Amazon, Amazon Kindle, CM Locker, Hike, and Snapdeal among others. The Canvas 6 Pro is powered by a 2GHz octa-core MediaTek Helio MT6795M processor coupled with a 4GB of RAM. It comes with 16GB of storage and supports 4G. During our limited time spent with the Canvas 6 Pro, we noticed that it handled all the multitasking and switching from one app to another easily without any lags.

Considering that the Micromax Canvas 6 Pro and Canvas 6 come with the same price tag - Rs. 13,999, we don't really understand how the company plans to sell both of them. At the launch, Micromax revealed that the Canvas 6 will feature a metal unibody design, 32GB of storage, and will include a fingerprint scanner. There is an 8-megapixel front camera on the Canvas 6, which is again more than what found on the Canvas 6 Pro. 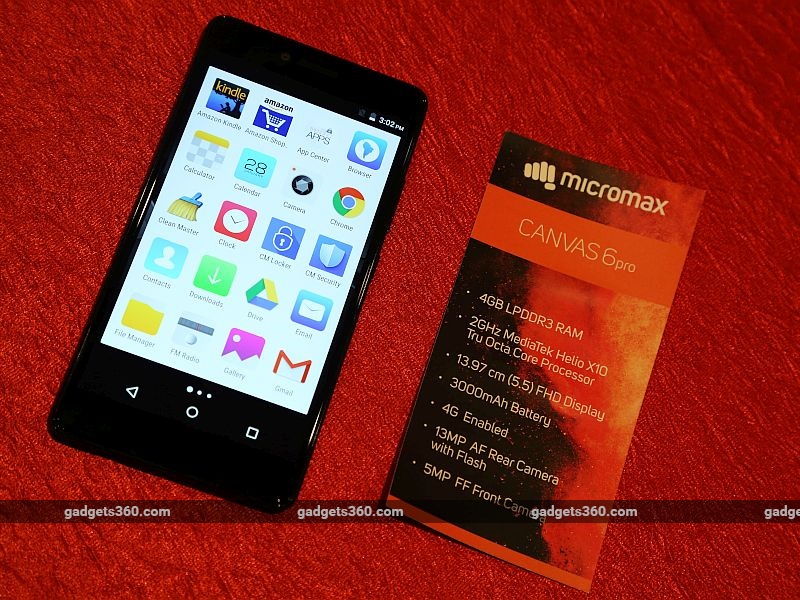 At this price point, Micromax's new Canvas 6 Pro will up against some of the popular smartphones including the Motorola Moto G (Gen 3) and Lenovo Vibe K4 Note.