Buying iPhone SE, iPhone 6, or an Older iPhone? You'll Miss Out on These 3D Touch Features

“It’s like the touchscreen version of using keyboard shortcuts on a computer,” is how many described Apple's 3D Touch after using it on the iPhone 6s and iPhone 6s Plus running on iOS 9 last year. While it started as a way to do some things more quickly on the iPhone (for e.g. 3D Touch the Phone app to call favourites, or 3D Touch the Camera app to go into selfie mode), it is slowly becoming the de-facto method to interact with an iPhone, as evinced by the iOS 10 update, which makes 3D Touch a much bigger part of the OS.

If you’re in the market to buy an iPhone, you may be tempted by the iPhone 6 or the iPhone SE, both of which are selling at around Rs. 33,000 today. But be warned, as these phones do not sport the hardware required to interpret varying finger pressures applied on the screen, which powers 3D Touch to work along with the Taptic Engine that offers vibrating feedback. So what exactly do you lose if you don’t have a 3D Touch iPhone? We list out all the different features that use 3D Touch, to help you decide if buying a non-3D Touch iPhone today is worth it.

If it's a messaging app, you jump into the quick reply mode. The same thing on non-3D Touch iPhones requires a swipe to left and a tap on the View button. That’s double the effort required for every notification, and bear in mind that many of us receive hundreds of these each day. Also, hard pressing the ‘x’ button on the top lets you Clear All notifications, something you cannot do on a non-3D Touch iPhone. 2) Quick shortcuts
With iOS 10 more third-party apps and Apple’s own apps too have populated shortcuts that appear when you 3D Touch on them on the home screen. For instance, hard-pressing the Settings icon brings up shortcuts to jump into the Wi-Fi, Bluetooth, Battery, or Mobile Data setting menu.

If you have multiple apps receiving an update, you can 3D Touch the icon of the updating app on the home screen to prioritise its download over others. Doing so on folders shows the unread badge counts of individual apps inside the folder. Lastly, pressing hard on the flashlight in Control Center lets you choose the intensity, which is seemingly impossible to do on a non-3D Touch iPhone. 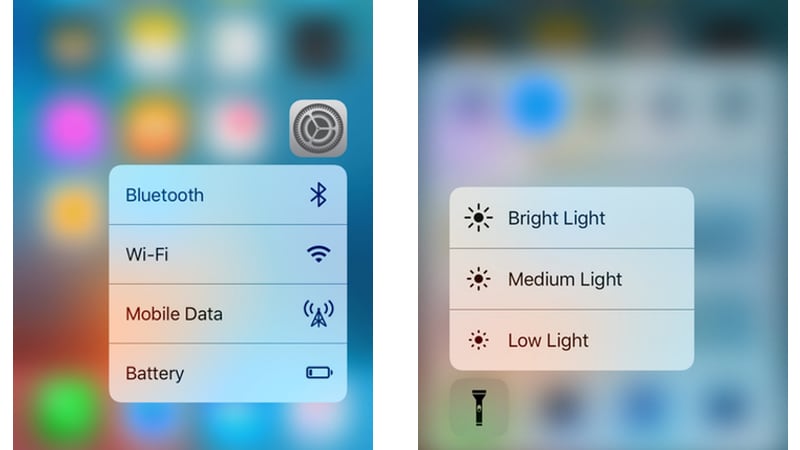 3) Widgets on the home screen
Alongside app shortcuts mentioned above, iOS 10 also lets developers plug a widget right above them. Basically, these are the same widgets that you see when you swipe right on the iOS lock screen or home screen. So, you can 3D Touch the Weather app to see the weather details of your current location immediately. Or you can firmly press the Dictionary.com app to show you the word of the day, right on the home screen. This has improved the widget experience in iOS, because traditionally widgets are stacked one below the other that you have to scroll to see.

4) 3D Touch for cursor control
Apple introduced an efficient way to copy-paste on a touchscreen device with iOS 3 all the way back in 2009. Since iOS 9, there’s a 3D-Touch-exclusive feature that should make text manipulation easier. Hard-pressing on the keyboard on a 3D Touch iPhone temporarily transforms the it into something like a trackpad, allowing you to move the cursor any place you like. You can also press harder and move, to make a text selection in one go. 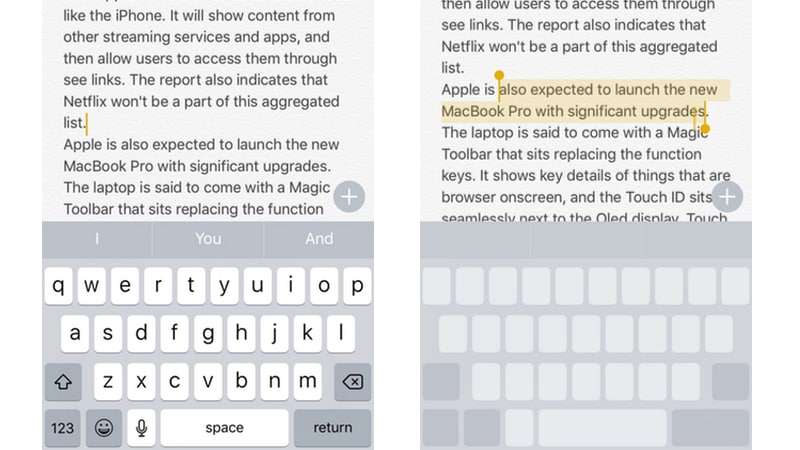 5) Quick previews
Quick Previews aka Peek & Pop are what added to the appeal of 3D Touch at launch, and they can still be pretty useful. For example, pressing harder on a hyperlink shows up a preview of the web page without opening the browser. You can even 3D Touch and hold the bottom left corner of the camera app to preview the last few photos taken, and simply release the finger to go back to taking a picture. There are many such implementations of quick previews across Apple’s system apps as well as third-party apps. 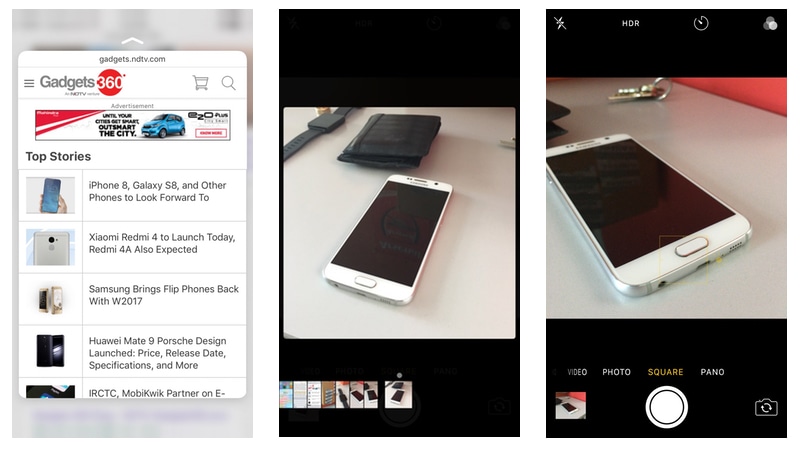 If you’ve intently read until here, it may appear that there aren’t dramatic differences in operating an iPhone without 3D Touch. The feature also hasn’t seen a big uptake by users. But looking at the way its integrated in iOS 10, there’s a good chance that future iOS updates will bring more features that are exclusive to 3D Touch devices. So, what do you think? Would you pick a non-3D Touch iPhone today? Let us know via the comments below.