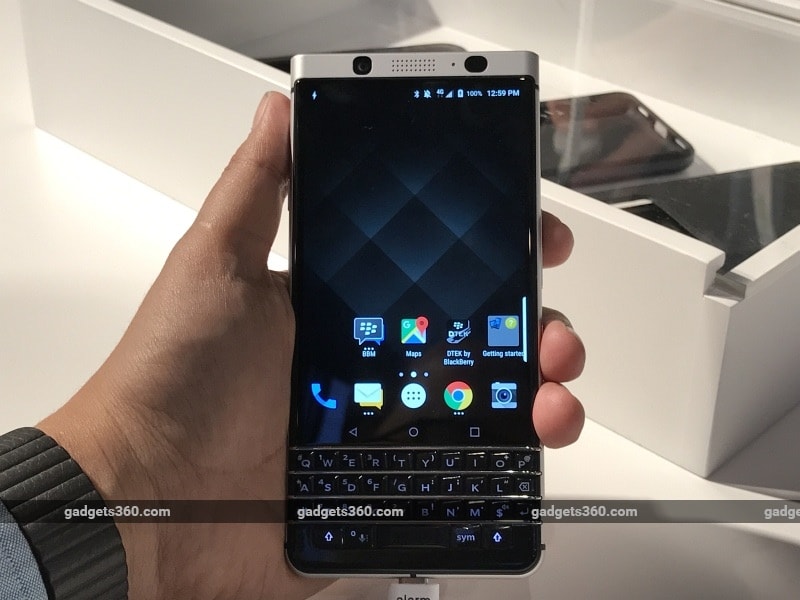 Chinese electronics company TCL unveiled Saturday its first BlackBerry-licensed smartphone which brings back the device's signature physical keyboard as it seeks to revive the once mighty brand.

The KEYone phone has a larger screen than previous BlackBerry devices and a fast charging battery as TCL sets its sights on businesses and tries to rekindle BlackBerry's strong reputation for productivity and security.

TCL reached the brand-licensing deal in December after the Canadian company announced that it would halt in-house production of smartphones, marking the end of an era for the once-dominant tech firm.

Under the agreement, BlackBerry will remain in control of software and security on smartphones, while TCL will handle creating handsets powered by Google Android software.

Officials from both firms unvailed the KEYone in Barcelona in northeastern Spain ahead of the start on Monday of the four-day Mobile World Congress, the world's largest annual phone expo.

"At BlackBerry we live and breathe security. Security has been engineered into the entire manufacturing process, throughout the hardware and of course the software," he said.

BlackBerry's physical keyboard was one of the drivers of the popularity of its earlier phones but it was dropped once touch screens became popular.

The company in 2014 launched a "Classic" smartphone that brought back the keyboard but the device was discontinued in July.

In the new Blackberry phone the keyboard can be used for more than just typing.

The spacebar on the keyboard also doubles as a fingerprint sensor while individual letter keys can be programmed as shortcuts to open speficic apps.

"The new BlackBerry portfolio has a chance of success, because few companies now offer BlackBerry-style design and features, and the productivity-focused smartphone segment is underserved," said Ian Fogg, head of mobile at research firm IHS.

"Even if BlackBerry's smartphone share remains so low it is hard to quantify, the vast scale of the smartphone market - over 1.5 billion units will ship in 2017 - means even a tiny share would represent significant unit volumes and revenues," he added.

TCL said it would be coming out with new BlackBerry products later this year.

"What we are unveiling today is just the beginning of a new story," said TCL chief executive Nicolas Zibell.

BlackBerry once dominated the smartphone market but its luster faded after the introduction in 2007 of the Apple iPhone and the large number of low-cost Android devices that followed.

What Time Are the Oscars 2017, Where to Watch, and Answers to All Other Questions
LG G6 Revealed in All Its Glory by Qualcomm Ahead of MWC 2017 Launch