Best Smartphones That Also Have a Big Battery 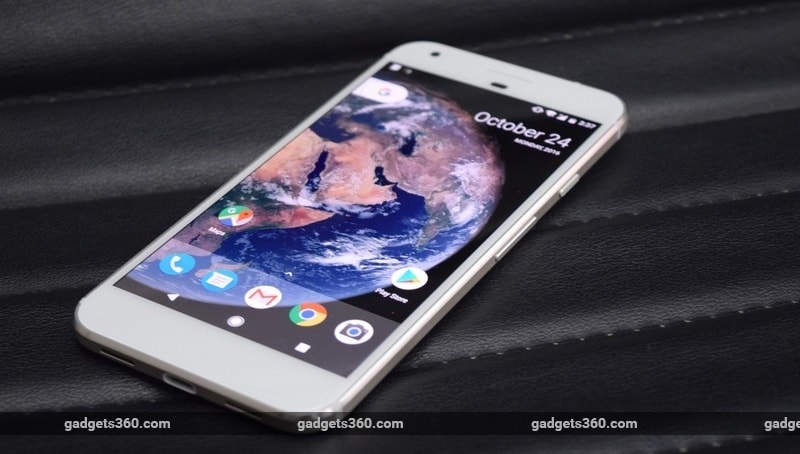 For some people, battery life is the top priority when it comes to buying a smartphone. Manufacturers today make phones that specifically address this issue, with a humongous battery capacity. Phones from the Gionee Marathon series, the Asus ZenFone Max handsets are examples of these. But more often than not, what we've seen is that these big-battery phones aren't great phones overall - with middling specifications and average overall performance.

That is why this list focuses on phones that may not have the absolute longest battery life, but still delivery a lot of usage, even for power users. But more importantly, these are phones that perform well in all departments such as the display, camera, software, design etc. We have only considered phones that were launched this year and handpicked options at every price segment. Of course, the lower end phones come with more compromises when looking for an excellent battery life, while higher end phones are able to balance battery life and other areas of performance better. So without further ado, here are our choices for the best phones with a long battery life.

One thing that both phones have in common is the humongous 4100mAh battery, which Xiaomi incredibly managed to pack into a phone with a much smaller footprint. Because of this, and the comparatively less taxing components, the Redmi 3s Prime ran for almost 15 hours in our video loop test, which was a good two-and-a-half hours longer than the Redmi Note 3. This makes the 3s Prime one of the best phones with a long battery life in the under Rs. 10,000 segment.

2) Lenovo Zuk Z1- Best big battery phone under Rs. 15,000
If your budget can go a little higher, here's a pick in the Rs. 10,000 to Rs. 15,000 price bracket that has a better camera - the Lenovo Zuk Z1. In our review, the 13-megapixel rear camera featuring Optical Image Stabilisation (OIS) was found to be very capable. The phone also comes with 64GB of onboard storage, which is a huge plus if you're constantly running out of space on your phone. It also is well-built and has a tweak-able Cyanogen OS. The only bone to pick would be the ageing Snapdragon 801 chip powering the phone. To be fair, this is Qualcomm's flagship-grade chip, but from almost three years ago. Thankfully, it's paired with 3GB of RAM.

But arriving to the important point of discussion - battery life - the 4100mAh pack in this one helped a looped video play for 13 hours and 40 minutes in our review. This, along with a reasonable price tag of Rs. 13,499, makes the Zuk Z1 worthy of your consideration.

3) Lenovo Z2 Plus- Best big battery phone under Rs. 20,000
If you're willing to up the budget a bit more, then the Lenovo Z2 Plus is your best pick for the criteria of 'best all round phone with a long battery life', under Rs. 20,000. With a 5-inch display, it's easier to hold than most phones available today. Performance is excellent thanks to the Snapdragon 820 chip, paired with 3GB of RAM. There's 32GB internal storage, and the fingerprint scanner is customisable - it can perform tasks such as quickly bringing down the notification bar with a double-tap or long-press.

Just like the Redmi 3s Prime above, Lenovo has managed to cram a sizeable 3500mAh battery into the frame - that delivered 16 hours and 40 minutes of video playback in our review. This is a pretty long runtime; in real-world use, the Zuk Z2 Plus lasted us well over a day.

4) OnePlus 3/ OnePlus 3T - Best big battery phone under Rs. 30,000
The OnePlus 3 has been a darling of all phone critics this year, as the Chinese company delivered on every aspect - right from the premium, aluminium-clad design, to the Snapdragon 820 chip, more-than-ample 6GB of RAM, large 64GB internal storage, a fast fingerprint scanner, and a nifty quick-charging system.

In our review, the phone managed to run for an impressive 16 hours and 45 minutes on the video loop test. Considering the phone doesn't have a really large battery (it's only 3000mAh) unlike the others in this list, optimised hardware and software have to be attributed to this feat. So should you buy the OnePlus 3?

Well, the company very recently launched a minor upgrade to the phone - dubbed OnePlus 3T. Apart from the slight upgrade to the chipset and bumped up front camera resolution, the OnePlus 3T also has a bigger 3400mAh battery fit into the exact same body, and it has just launched in India. Stay tuned for detailed verdict on the OnePlus 3T post our review.

5) Samsung Galaxy S7 Edge - Best big battery phone under Rs. 50,000<
There's no denying that people will look at Samsung's Galaxy S7 Edge with some doubt, thanks to the exploding Note 7 debacle. That aside, this phone has been a fantastic all-rounder with a beautiful display, top-line performance, fantastic cameras and all the bells and whistles like dual SIM and microSD card support, water resistance. A new Samsung flagship is going to be in the offing soon, but the price cuts on the S7 Edge make it an attractive buy for under Rs. 50,000 - most comparable phones are still fairly more expensive.

Another reason to like this phone is that the S7 Edge doesn't feel unwieldy despite the 5.5-inch screen size, perhaps due to curves on both sides. Speaking of curves, the Edge display may stand out in appearance, but isn't very useful and takes some time getting used to, especially when you're performing corner-swipe gestures.

The battery life on this phone is stellar - thanks to the relatively large 3600mAh battery pack and Samsung's optimisations. During our video loop test, the phone ran for a whopping 17 hours and 49 minutes. Real world usage also easily lasts over 24 hours with regular use. The bundled fast charger also tops up the battery quickly.

As a side note, the smaller Galaxy S7 is also not too shabby when it comes to battery life, and is about Rs. 8,000 cheaper. If you're looking for a great phone with great battery life, both are good picks, though the Edge is a little better when battery life is the priority.

6) Google Pixel XL - Best big battery phone
The Galaxy S7 Edge may be a fine phone, but you still have to deal with Samsung's software customisations, which slow down the speed of Android version updates (for instance, Android N hasn't officially launched for the Galaxy S7 smartphones yet).

If budget is not a problem, you should consider the Google Pixel XL. Since it's #MadebyGoogle, this phone will always receive the newest software updates first, and even get special treatment - like how today Google Assistant is available exclusively on Pixel phones. Google also offers unlimited uncompressed backup of all photos and videos you'll take using this phone - which is awesome considering the stellar camera onboard should tempt you to click more pictures.

Talking about the battery, the Pixel XL has a 3450mAh battery inside, which lasted for 14 hours in our video loop test. In real world usage the phone managed to last an entire day, even with heavy use like 4K video recording, playing games, streaming audio and video, etc. The Pixel XL is the best all-round performer that delivers a long battery life today.

So there you have it. Which one would you choose? Let us know via the comments below.