Belkin Wants to Bring Wireless Charging to the Mainstream in India 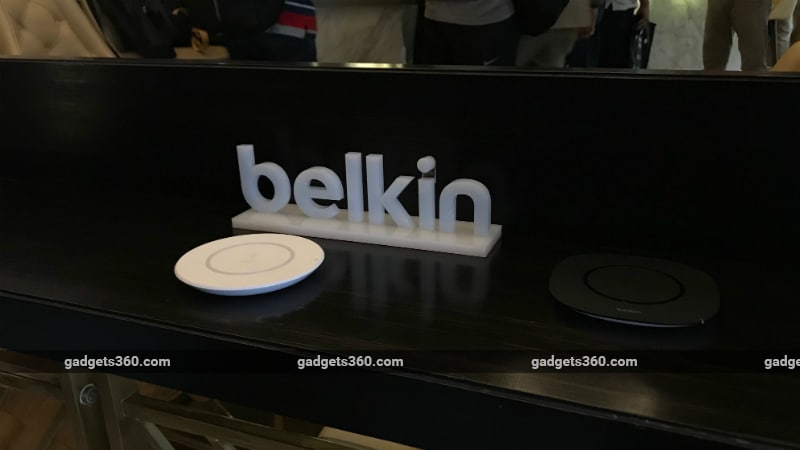 As India has become a major market for many mobile vendors, it has also started attracting companies that are making accessories for smartphones. No matter whether you look at a case, a cover, or a data cable, the market is full of plenty of options nowadays. Traditionally, India has been seen as a price-sensitive market, and you would think that a premium accessory like a wireless charging pad wouldn't be on the top of the shopping list for most Indians. However, Kartik Bakshi of Belkin believes that the market is evolving now.

"We've taken the wireless charging category in India by storm," claims Bakshi, who heads Belkin in India and SAARC regions. "Now the challenging part is how to keep growing and to make sure that the customer keeps buying our products and enjoys the experience of wireless charging."

Belkin is one of the early names in the world of wireless charging solutions for smartphones. To persuade buyers, the company offers two years of warranty on its wireless charging pads as well as a connected equipment warranty under which it provides up to Rs. 1,60,000 if any damage occurs to the connected phone. "Most people don't even use certain products for two years," says Bakshi, adding, "People often change their phones every year. But we believe in our product."

The journey of Belkin's wireless charging accessories started in India with the 5W Boost Up Qi Wireless Charging Pad back in November last year that debuted at a price of Rs. 2,999. Recently, the company expanded its range and launched the 7.5W Boost Up Wireless Charging Pad that offers faster-charging experience over the original model. Bakshi told Gadgets 360 that Belkin didn't want to just bring in tons of products.

"At Belkin, we are very thoughtful the way we develop our launch plan," he says. "We want to make sure that we give each product a lifecycle. The product lifecycle of each product is very important."

The strategy of following a step-by-step process in launching new products helped Belkin as its 5W charger had been out of stock for the first four months. "Every time when we arranged some stock, it had gone in a short time," Bakshi recalls.

After enjoying the initial success, Belkin plans to expand its lineup in India. Bakshi reveals that the company is set to launch its Boost Up Wireless Charging Stand that uses a shelf to support both portrait and landscape charging and a fast-charge supporting 10W wireless charger around September this year, while wireless charging-supported car mounts are planned to reach the country sometime in the next six months or so. All these products were notably showcased at CES 2018 in Las Vegas back in January. "We are going to have a lot of exciting products coming starting from October to December to early next year," the executive says.

In addition to the models that debuted earlier this year, Bakshi told Gadgets 360 that Belkin also has plans to launch wireless power banks sometime early next year. "You just need to put your phone on the wireless power bank and it will be charged," he explains.

"The phone vendors should not only target premium phones," he says. "They should try on affordable phones as well. There is indeed some cost involved in it. That is something vendors have to work out with the wireless consortium. But overall, when more and more phones will start supporting wireless charging, the more awareness will happen."

Awareness is certainly an issue limiting adoption of wireless charging in the Indian smartphone market. However, Bakshi points out that this issue is not only an India-centric problem. "This is the issue globally," he highlights. Nevertheless, the executive is positive about the growth with the evolution of the existing technology. "The more the technology evolves, and the more products come into the market, the consumers become more aware and then start understanding different aspects of what they need and what should they buy," he continues.

Belkin works with all the top retailers in India, including Reliance and Croma as well as top Apple Premium Resellers (APRs), to make people aware about the benefits of wireless charging through the retail channels. Bakshi states that out of the total 150-160 APRs across the country, the company exists at over 100 APRs. Also, he underlines that at certain APRs - particularly at Aptronix and Imagine chains - the company showcases the demo units of its wireless charging solutions to convince customers about the benefits of wireless charging. "We are not opening our own stores, but we are working with our partners to create that experience within their stores," he asserts.

"The brands that aren't focused and aren't the serious game players exit the market in a short run," Bakshi says. "Thus, people who are ready to invest and get the BIS certification continue to exist and play their game. BIS has to be renewed every year. It's also not cheap. It's two to three lakh rupees for every different model."

Despite its aggressive plans for India, Belkin has no plans to start manufacturing in the country just yet. "Never say never; right now we don't have any plans for manufacturing in India. But definitely, as time goes on, we do want to look into it because there will be a duty factor that will help us price the products more competitively," Bakshi concludes.