The top-end variant of the Realme 1 (Review), which has 6GB of RAM and 128GB of storage, is priced at Rs. 13,999, putting it in direct competition with the 6GB variant of the Asus ZenFone Max Pro M1 (Review). We spent some time with both smartphones, comparing them in detail, and here is what we found.

The ZenFone Max Pro M1 has a no-nonsense design which looks classy and understated. It has a metal backplate with plastic inserts at the top and bottom. In comparison, the Realme 1's back panel is made of fibreglass and has a distinctive glossy diamond-cut effect, which reflects light in different ways. The design is slightly polarising and might come across as gaudy to some. 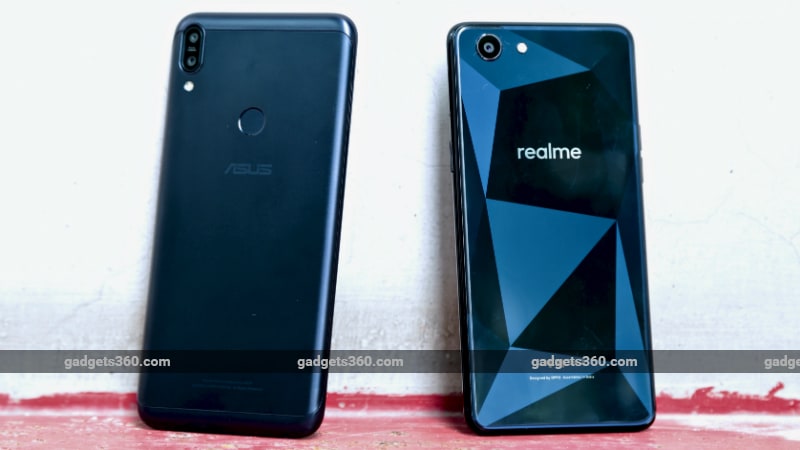 The camera modules on both phones barely protrude from their chasses and one common problem with both phones is that the backs are fingerprint magnets. At a time when the industry is moving towards USB Type-C, both smartphones use Micro-USB ports for charging and data transfer.

Surprisingly, the Realme 1 lacks a fingerprint sensor and the phone relies on facial recognition for biometric security, as well as the old-school passcode options. The rear-mounted fingerprint sensor on the Asus ZenFone Max Pro M1 is quick and accurate and the setup process is also quite snappy.

The ZenFone Max Pro M1 is powered by the octa-core Qualcomm Snapdragon 636 SoC. The Realme 1 in comparison is powered by the MediaTek Helio P60, which is MediaTek's flagship processor and features NeuroPilot AI technology that can handle deep learning for facial detection as well as photo and video enhancement. The ZenFone Max Pro M1 has a sizeable 5000mAh battery, and the Realme 1 makes do with a smaller 3,410mAh unit.

For the purpose of this comparison, we are comparing the top-end variants of both smartphones. The ZenFone Max Pro M1 has 6GB of RAM and 64GB of storage. The Realme 1 also features 6GB of RAM but doubles the internal storage to 128GB. Both phones offer storage expansion via a microSD card, with the Realme 1 accepting cards up to 256GB and the ZenFone Max Pro M1 accepting cards up to 2TB.

Connectivity options on the two phones include dual 4G VoLTE, Wi-Fi, GPS/ A-GPS, and a 3.5mm headphone jack. You also get FM radio on both smartphones, a feature which will be appreciated by many. The SIM trays on both phones have separate slots for two Nano-SIMs and a microSD card.

Both models feature tall 18:9 IPS LCD displays with a resolution of 1080x2160 (full-HD+). Both phones are not exactly borderless, but the Realme 1 has slimmer borders than the ZenFone Max Pro M1. We're also glad to see that there's no notch on either phone, because this has quickly become a highly polarising trend. The 5.99-inch display on the ZenFone Max Pro M1 is bright and has punchy and vivid colours. The Realme 1's 6-inch panel seems slightly dull in comparison. It is also very reflective, which hinders legibility outdoors. The viewing angles are average on both.

The Realme 1 outscored the Asus ZenFone Max Pro M1 in almost all benchmarks, but there is very little to differentiate between these two phones in terms of real-world performance. Both tackled everything we threw at them - from basic day-to-day tasks such taking pictures, browsing the Web, and using social media applications, to intensive workloads. The 6GB of RAM helped when it came to multi-tasking, and both phones kept most apps running in the background at all times.

Both smartphones have face recognition built-in. We found the Realme 1 faster and more accurate, across all lighting conditions. In terms of software, the smartphones are as different as night and day. The Asus ZenFone Max Pro M1 runs a near-stock build of Android 8.1 Oreo which is very fluid and responsive. There are a few applications preinstalled which cannot be removed, along with a bunch of useful ZenUI apps such as FM Radio and Calculator. 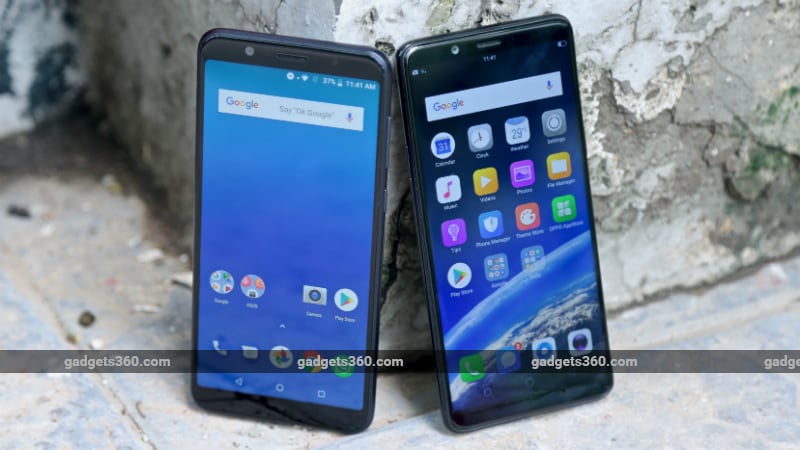 The Realme 1 runs a heavily skinned version of Android 8.1 Oreo called Color OS 5.0. While it is reasonably snappy, it is in dire need of simplification. UI elements like the Settings app and quick launch panel are quite hard to navigate around, and the notifications panel does not allow you to dismiss notifications individually. On a positive note, third-party bloat is minimal and there are a few useful features on board such as Dual Apps, which allows you to run two instances of the same app.

Asus has told Gadgets 360 that it plans to update the ZenFone Max Pro M1 all the way till Android Q. As for the Realme 1, there is no information as of now regarding update plans.

In our HD video battery loop test, the Asus ZenFone Max Pro M1 lasted 12 hours and 50 minutes, and the Realme 1 gave up the ghost after 11 hours and 30 minutes. We never found ourselves reaching for the charger before midnight with either of them, even after a day of heavy usage involving an hour or two of navigating using GPS, playing games such as Asphalt 9, using social media applications, and taking a couple of photos and selfies.

It was Asus's smartphone that had a clear-cut advantage. The ZenFone Max Pro M1 had about 50 per cent left in the tank at the end of the day, compared to about 20 per cent with the Realme 1. Both phones lack fast charging, and a full charge takes around 2.5 to 3 hours.

The 6GB variant of the ZenFone Max Pro M1 has a dual camera setup at the rear, comprising of a 16-megapixel primary sensor and a 5-megapixel secondary depth sensor. On the front, the phone has a 16-megapixel camera. The Realme 1 in comparison has a single 13-megapixel rear camera and an 8-megapixel front camera. 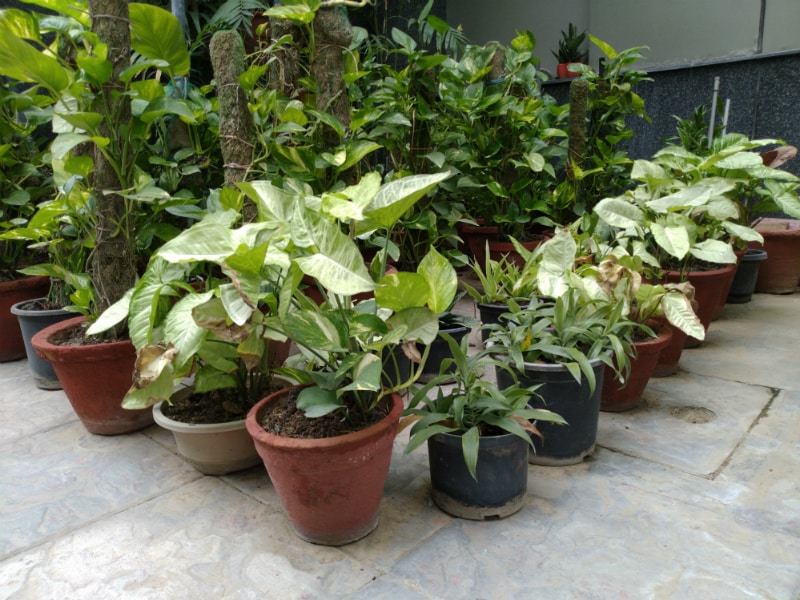 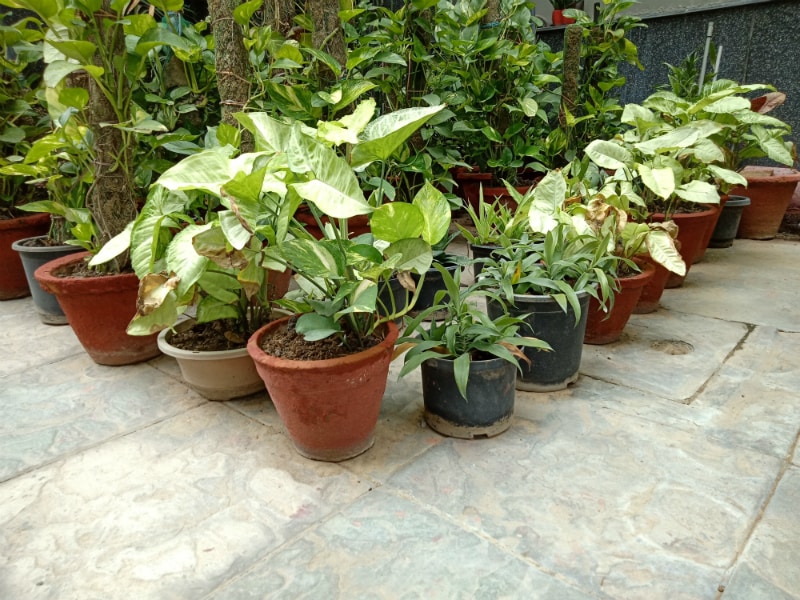 In unfavourable light, the rear camera of the ZenFone Max Pro M1 captures more detail and pulls in more light, while the Realme 1 struggles with detail and auto-focus. The ZenFone Max Pro M1 has a secondary sensor at the back that allows for depth-of-field effects. The gradient between the foreground and background is smooth enough, but things get quite fuzzy in unfavourable light.

The Realme 1's front and rear cameras can capture bokeh effects using software algorithms. In our experience, the depth mode did not work half the time, and when it did, the resultant images showed poor edge detection. 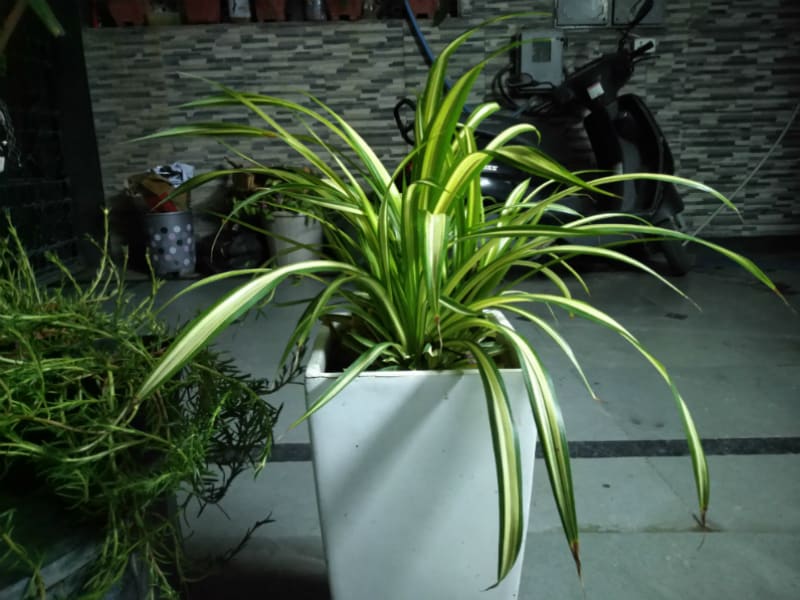 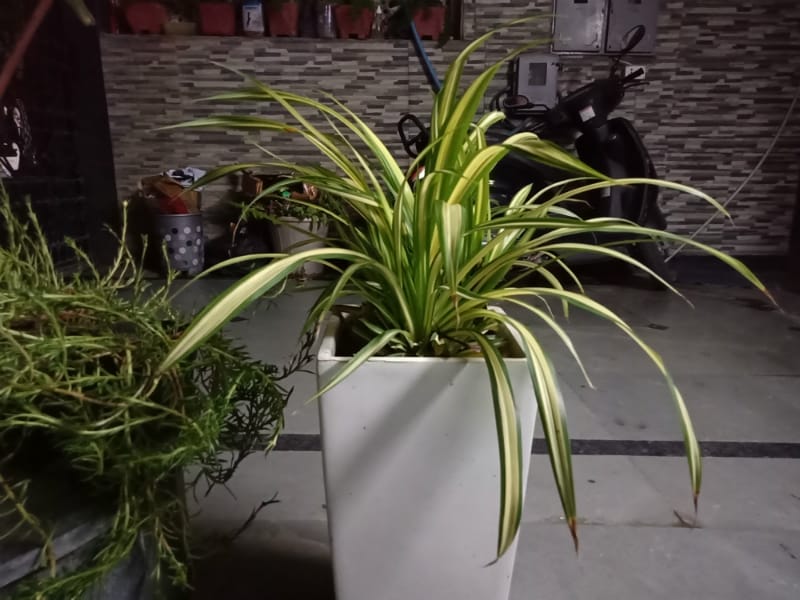 The ZenFone Max Pro M1 struggles to focus on objects that are very close to the lens. The Realme 1 fares much better in this regard. The AI-enhanced selfie camera on the Realme 1 automatically detects skin tone, skin type, age, and gender, and optimises camera settings accordingly. We were not too impressed with the AI beautification which added an unpleasant watercolour-like effect to selfies.

Verdict
The Realme 1 (Review) has a unique and distinctive design, quick face recognition, and twice the amount of internal storage as the ZenFone Max Pro M1 (Review). It is also more powerful on paper but that advantage does not necessarily make a big difference in the real world. However, the missing fingerprint sensor, cluttered and confused OS, and average cameras make it hard to recommend over the budget offering from Asus.

The Asus ZenFone Max Pro M1 6GB variant edges out the Realme 1 when it comes to battery life, and has a superior set of cameras. It feels more premium and offers a cleaner software package as well as a brighter and punchier display. Availability issues continue to plague this variant of Asus's smartphone though. While the 3GB and 4GB variants can now be bought freely, the 6GB model will still be sold via flash sales until the company can stabilise supply and demand.

Is Oppo Realme 1 better than Redmi Note 5 Pro, Zenfone Max Pro M1? We discussed that on Orbital, our weekly technology podcast, which you can subscribe to via Apple Podcasts or RSS, download the episode, or just hit the play button below.