AI a.k.a artificial intelligence is the hottest buzzword around and manufacturers have been throwing the term around all too liberally. With hardware becoming commoditised, OEMs all over the world are coming to realise the next revolution clearly lies in software. It's in this backdrop that Asus has launched the ZenFone 5Z, and as you would expect, the company is touting it worked closely with Qualcomm to implement AI features in its newest flagship smartphone.

The ZenFone 5Z and ZenFone 5 mark a return to the high-end segment for Asus after briefly dabbling in affordable selfie centric smartphones. The ZenFone 5Z, which has been launched in India at a starting price of Rs. 29,999, is built around the Qualcomm Snapdragon 845 chipset and runs ZenUI 5.0.

According to Asus, the ZenFone 5Z utilises the AI Engine inside the Snapdragon 845 to full effect. The company boldly claims it is time to move on from smartphones to intelligent phones. So does the ZenFone 5Z have what it takes to back such an ambitious claim? 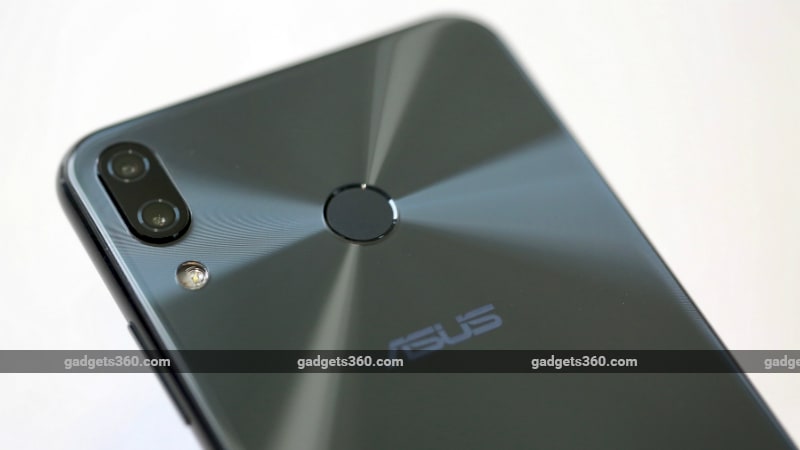 In the broadest of terms, AI is anything or any instance where a machine is able to reason and make decisions that are not explicitly programmed. There are two main facets to AI - machine learning and deep learning. To put it simply, machine learning gives a phone the ability to learn and improve from data, without being explicitly programmed to do so. Deep learning is more advanced and nuanced and uses neural networks with many layers and hierarchies, to learn and decide optimal parameters for the task in hand.

With the ZenFone 5Z, Asus has embraced the AI trend head-on. Almost every aspect of the smartphone, from the software to the camera is infused with artificial intelligence. The gallery and camera apps, particularly, are worth talking about. There's the usual AI scene detection in the camera, where-in the smartphone can ascertain what you are shooting and change settings accordingly. There are 16 modes on offer at the moment including common ones like dog, cat, plant, food text, and sky.

Where things get interesting is in the gallery app. A feature called AI Photo Learning lets you teach the phone how you like your photos to look. After one to three weeks, the ZenFone 5Z starts offering edited versions of photos in the moments tab of the gallery. If you like the changes, you can accept the edited photo. If not, you can reject it and choose the original version instead. Over time, this feedback helps dictate how the camera processes images.

In the broadest of terms, AI is anything or any instance where a machine is able to reason and make decisions which are not explicitly programmed.

The gallery also has several other smart features like intelligent face detection and photo grouping, which allows you to group photos by scene type or by facial recognition.

Another really useful feature called AI charging dynamically adjusts the charging rate. The phone learns your sleeping patter over a week's period and optimises the charging schedule accordingly. Say you sleep from 12am to 7am, the smartphone will eventually understand the same and charge your battery rapidly till 80 per cent then hold it there until 5 am - 2 hours before your wake-up time. After which, It will trickle charge the battery to 100 per cent. Asus claims this maximises the battery's lifespan.

This is similar to a feature that Sony and other OEMs have had for a while, long before AI was a cool buzzword. Now, though, we see such features being linked to artificial intelligence.

Another feature called OptiFlex 3.0 learns your app usage over time and predicts which application you will use next. Asus claims the said application will be ready to load in the background - with up to 86 per cent faster load speeds.

The display is also advertised as having certain AI features. The ZenFone 5Z corrects the colour temperature of the display automatically depending on the environment and keeps the screen on whenever you are looking at it.

AI Ringtone intelligently adjusts the ringer volume on the basis of the noise level in the room. Asus was quick to point out that the ZenFone 5Z does not actually listen to conversations but only senses the decibel level in the room. AI-powered calling utilises the three microphones inside the smartphone to ensure crystal clear call quality. 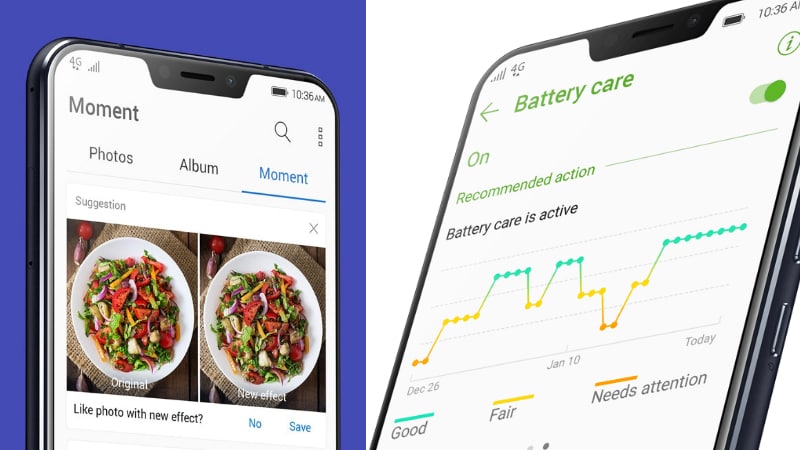 In features like AI Calling, AI Ringtone, and the Zenfone 5Z's ability to change the colour temperature of the display and keep it on when being looked at, even Asus admits there is no machine learning going on. They are useful features but not exactly AI-powered. Some of them have been found in smartphones for years - take Apple's TrueTone display for example - without the AI label attached.

These features are quite helpful and at the end of the day most consumers will not care if they are actually AI powered or not. Asus might not technically be misleading customers but it's using the AI label a bit too liberally - which a lot of companies like Huawei have been doing as of late. The biggest issue here is that no one can agree to a concrete definition of artificial intelligence. Alongside features that actually learn user behaviour and evolve over time on their own, manufacturers are attaching the AI label to basic user enhancements.

Shawn Chang, Asus's Global Smartphone Product Strategist, told Gadgets 360 that the company knows some of the AI features do not really involve any machine/ deep learning and do not adhere to the traditional definition of AI. "The definition of AI is quite broad," Chang said. "We have features like AI scene detection which leverage the computing power of the Qualcomm chip inside. For others, we do believe this is like a broad definition of AI."

According to Jerry Shen, the CEO of Asus, some features may not involve complex tasks but impact human life. "When I talked to my team, [I said] why Ringtone is AI? But it really impacts human life. So its a simple AI," he explained. "So it depends on how we define AI. But we know that the real AI definition is different."

Asus might not technically be misleading customers but it's using the AI label a bit too liberally.

He also admitted the company uses AI on its smartphones in two levels - the first involves complex tasks like AI scene detection where-in the phone can detect 16 scenes and compare images based on learning. Other features like AI Ringtone may not strictly be AI backed but have some sort of intelligence.

"Overall, deep AI is basically utilising the AI engine. Others are sort of AI features that will impact the human life, so this can also be the AI. For Asus, delivering the experience is the most important", he said.

Nevertheless, the ZenFone 5Z does come with advanced features that actually use machine learning and take full advantage of the Snapdragon 845's AI engine. Features like OptiFlex 3.0, AI scene recognition in the camera, and AI Photo Learning actually learn customer behaviour and optimise the phone accordingly. Asus deserves credit for offering them on a smartphone that retails for less than 30,000 rupees.

It is just disappointing that these future forward AI-backed features get clubbed with other helpful, but basic user enhancements - diluting the impact of the term artificial intelligence in the mind of a consumer.

Stay tuned for the full review of the Asus ZenFone 5Z where we will examine all of these enhancements in detail.

Will Asus Zenfone 5Z force OnePlus to slash the price of the OnePlus 6? We discussed that on Orbital, our weekly technology podcast, which you can subscribe to via Apple Podcasts or RSS, download the episode, or just hit the play button below.