As Samsung Falters, Low Key Scion in the Wings 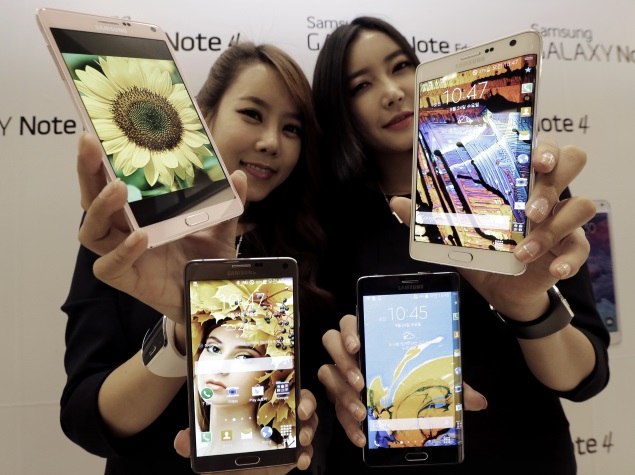 As Samsung's smartphone business suffers a dizzying decline, another issue is vexing investors.

Command of one of the world's most valuable consumer brands will eventually pass to the son of its ailing patriarch whose business abilities remain a mystery despite being elevated two years ago to a top role at the company.

Expectations of a leadership shift at Samsung intensified after the chairman of the flagship company, Samsung Electronics Co., suffered a heart attack in May. Lee Kun-hee, 72, remains hospitalized and has never publicly named his only son, Lee Jae-yong, as heir apparent. But within the financial world and South Korea, where Samsung's annual sales equal a quarter of the economy, there is little doubt he'll be the third generation of the Lee family to head the sprawling business.

The 46-year-old was promoted to vice-chairman level in 2012 after joining the company in 1991. His increasing sway comes as Samsung's rapid success with the smartphone product category pioneered by rival Apple Inc. is undergoing an equally stunning reversal. Earnings from Samsung's smartphone business began declining this year, undermined by lukewarm sales of the Galaxy S5 (Review | Pictures) smartphone and the competitive onslaught from cheaper Chinese brands.

"There is no information to know the track record of his leadership, his crisis management ability and how he carried out his business vision," said Park Yoo-kyung of APG Asset Management Asia, a Dutch fund which is a Samsung investor.

"When shareholders approve management during the shareholders meeting, they do not know the most important profile," said Park.

The little that is known about Lee paints a picture of a privileged and rarified existence. Kim Yong-chul, Samsung's former top lawyer, who authored a book exposing corruption at Samsung, wrote that Lee had little understanding about the lives of ordinary people and was not embarrassed by that. 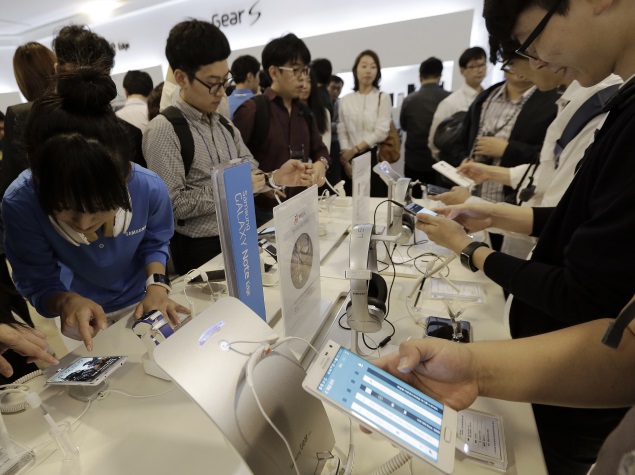 A substantial part of his $4.7 billion (roughly Rs. 28,800 crores) fortune stems from access to shares in Samsung-affiliated companies before they went public. He has increasingly become a public face of Samsung, meeting people such as Facebook's Mark Zuckerberg, Apple CEO Tim Cook and China's president Xi Jinping, but has never given an interview.

Samsung declined to comment on his role at the company.

South Korea's media increasingly attributes big decisions at Samsung Electronics, the crown jewel of the Samsung empire, to Lee. His known business record, however, includes the failure of Samsung's Internet ventures in 2000. Lee sold his stake to other Samsung affiliates a year later.

Smartphone troubles are the most obvious and immediate challenge for the Harvard-educated Lee. Earnings from Samsung's mobile business plunged by nearly 75 percent last quarter as Chinese competitors such as Xiaomi wooed customers in developing nations. But there are other tests facing him.

Founded in 1938 by Lee's grandfather Lee Byung-chull, Samsung bulked into an empire spanning washing machines to finance and semiconductors during an era when South Korea's government gave cheap finance to companies in a rush to catch up with Japan and other developed nations. What mattered were results. How they were achieved was less important.

Even today, the group acts in ways that are frowned upon by investors and regulators.

Despite a minority shareholding, family control is maintained through a maze of cross-shareholdings in the 70 companies that make up the group. Neither Lee nor his father is part of the Samsung Electronics board of directors, the group of individuals with legal responsibility for the company's decisions.

"I think that Lee is aware that he can't manage the group in the same leadership style as his grandfather or his father," said Kim Sang-jo, director of Solidarity for Economic Reform, a group that advocates stricter accountability for South Korea's powerful conglomerates. 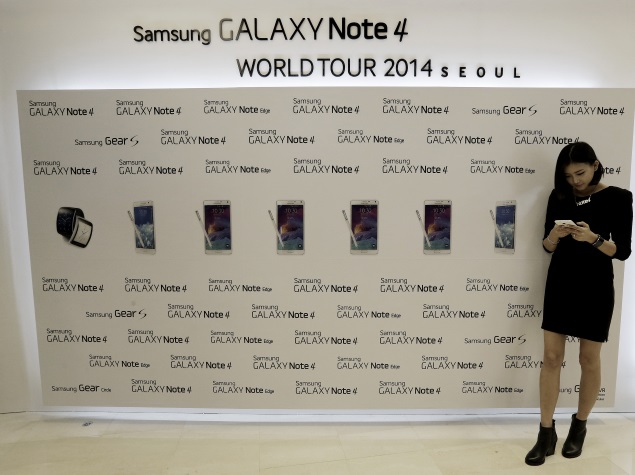 "Rather than just meeting up with the Facebook CEO, he should have official rights and responsibility as a registered director at Samsung," Kim said.

Some attribute Lee's low profile to South Korea's culture of filial piety. Out of respect to the family patriarch, Lee may be reluctant to highlight his achievements at Samsung while his father is still at the helm. It also helps explain a puzzling phenomenon to outsiders: reports in the South Korean media extolling Lee's vague achievements that rely on anonymous company sources.

An indication of change may come from how Lee deals with the legacy of his father's conviction for embezzlement and tax evasion. He was given a suspended prison sentence and later pardoned.

One of the court's findings was that Lee Kun-hee ensured his son got rich by issuing him securities in an IT services company, Samsung SDS, at much less than their value, causing losses to other shareholders.

Samsung's de facto holding company Cheil Industries, which was involved in a similar court case over how Lee Jae-yong became a majority stakeholder, and Samsung SDS are set to go public in coming months. Critics such as Kim say that the big profits Lee will reap should be a reminder of his larger responsibilities.

"He should show social responsibility by implementing an ownership structure and leadership that markets and the public can accept," said Kim.

Samsung critics say that means turning away from the past. But Lee might still gain inspiration from his father, who famously urged Samsung workers in a 1993 speech to transform the company at its most fundamental levels. "Change everything," he said, "but wife and children."