Apple's Stark Warning May Be Ominous News for China 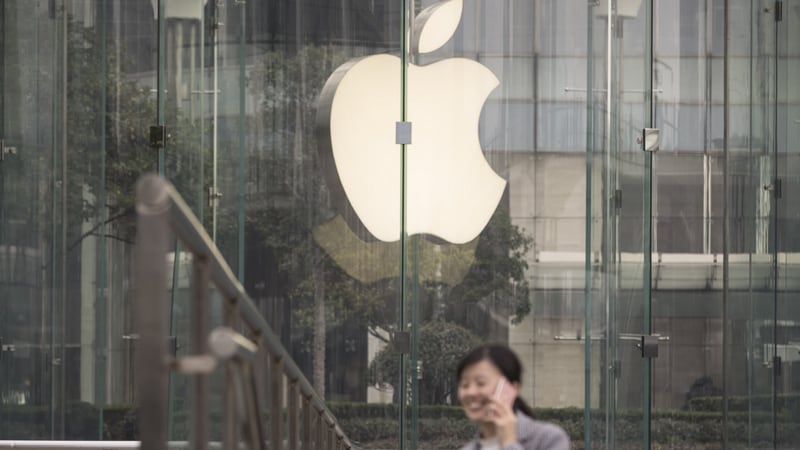 For most of the past two decades, China - with 400 million middle-class consumers growing richer by the day - was a one-way bet for the world's corporations and a driver of the global economy.

By early 2018, General Motors was selling a third more cars in China than in the United States. Starbucks unveiled plans to open a coffee shop in China every 15 hours on average. Adidas enjoyed 26 percent growth in China, while Western Europe, its home market, was flat or shrinking.

But what happens when the Chinese growth juggernaut slows? Or worse yet, grinds to a halt?

It's a question Apple brought to the fore this week by slashing its sales forecast amid what it called an "economic deterioration" in China, and it's one other Western companies are likely to face soon, economists say.

"There are a heck of a lot of US companies that have a lot of sales in China that are basically going to be watching their earnings be downgraded next year," Kevin Hassett, chairman of the White House Council of Economic Advisers, said in an interview with CNN Thursday.

For many American companies, the prospect of weaker sales in China adds new complexity to a relationship already mired in problems. Washington's trade war with Beijing has forced many American firms to consider moving their manufacturing out of China to avoid new tariffs when they import those goods to the United States.

That trade war grew out of mounting frustration in the United States that China was stealing American technology, blocking Western firms from its market and generally refusing to play fair in global trade. A sales slowdown on top of those tensions could further dampen Western enthusiasm for China as a trading partner, economists say.

Apple shares sank 10 percent Thursday after the company lowered its quarterly sales estimates for the first time in more than 15 years. Chief executive Tim Cook blamed the unforeseen "magnitude of the economic deterioration" in China, the world's largest smartphone market. He said trade tensions with the United States had contributed to China's slowdown.

Warning signs have been cropping up in other industries, too. Jaguar Land Rover briefly shut a factory in Britain after September sales in China dropped by a half. LVMH, the luxury giant that owns Louis Vuitton and has often been used as a barometer for consumer spending in China, said the Chinese were spending "a little bit less."

"China's economy is definitely slowing quite a bit across a bunch of sectors, and this slowing momentum is likely to continue for another couple of months at least," said Arthur Kroeber, founder of Gavekal Dragonomics, a research firm in Beijing. "Consumer confidence is definitely down, which is probably part of what's behind the Apple numbers."

The significance of Apple's results is partly that it sheds a tiny bit of light on what's really going on in a country where top-line economic data issued by the government are murky at best and fudged at worst.

Although Chinese officials report that gross domestic product has been growing at more than 6 percent a year for a few years, "we never really have a very good grasp of what Chinese growth is. Their announced figures aren't necessarily that reliable," said Philip Levy, senior fellow on the global economy at the Chicago Council on Global Affairs.

As worries have mounted in recent months, Chinese financial regulators have held meetings with economists at banks and brokerages to instruct them to take into account the interests of the Communist Party when they publish economic analyses - an apparent euphemism for holding back alarming language, Bloomberg News reported in November.

But concerning data have continued to trickle out over the past 12 months.

Car sales have been shrinking for the first time since 1990, when most of the country was pedalling bicycles. A key manufacturing survey at the end of last year showed Chinese factory activity actually contracting. And revenue from a consumption tax was down 72 percent in November from a year ago, said Christopher Balding, an expert on the Chinese economy at Fulbright University in Vietnam.

Chinese investors have been among the most pessimistic about their economy's prospects: China's stock market lost $2.3 trillion, or about a quarter of its value, in 2018 - its worst performance in a decade.

Apple - perhaps the preeminent symbol of corporate America's success in China - has been buffeted by forces beyond the country's macroeconomic trends.

Tech analysts say local brands such as Huawei and Oppo have been closing the gap with Apple in terms of performance and design even while the Cupertino, California, company continues to raise its prices.

Meanwhile, a US arrest warrant for Huawei Chief Financial Officer Meng Wanzhou, who has been detained for the past month in Canada, infuriated many Chinese and touched a nerve in a country where nationalist sentiments - and distaste for the United States - have been on the rise.

"The ordinary people may have a kind of nationalist consciousness," Shen said, adding that middle- and upper-class Chinese are no longer dazzled by iPhones like they were a decade ago.

"Apple's glory days are past," he said.

On Thursday, Henry Zhu, a student from Shenzhen, was browsing a Xiaomi store at the upscale Parkview Green mall in Beijing as he considered the relative attractiveness of Apple's latest products.

His first smartphone was an iPhone 6, he said, but he has since switched to Chinese brands because of their similar quality and lower price. An iPhone X in China is twice the price of his Chinese-made OnePlus handset, costing less than $500. That just wasn't worth it when money is tight, he said.

"If I have more money to spare, maybe I won't hesitate to buy the latest iPhone," Zhu said as he brandished his bezel-less OnePlus 6, which, except for the logo, looked almost exactly like an iPhone.

US manufacturers in China, meanwhile, are looking at sites in Southeast Asia if President Donald Trump and Chinese leader Xi Jinping don't resolve their trade conflict by their agreed March deadline, said Jake Parker, vice president of China operations at the US-China Business Council. The organisation represents about 200 firms, including Apple, PepsiCo and General Motors.

Moving won't be easy. One television maker, Parker said, explored a move after Trump ordered tariffs on $200 billion in Chinese goods this past summer - only to learn that China has more materials and factory capacity for their product than the entire world combined.

"The talent and infrastructure is lacking outside of China," Parker said.

The Punisher Season 2 Release Date Confirmed in New Teaser by Netflix
Xiaomi Mi A3 May Be in Development, MIUI 10 Code Hints