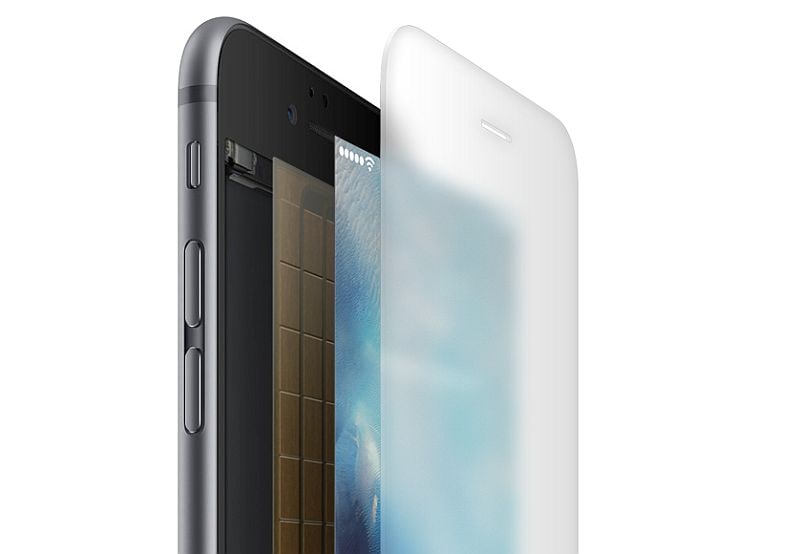 Pick up a high-end smartphone these days and chances are it will have a crisp, energy-sipping organic LED display - unless it's an iPhone.

That will change next year, when Apple Inc. plans to adopt the technology for the next major upgrade to its flagship product. To do so, the Cupertino, California-based company will have to get its hands on millions of Oled screens.

As a result, Japanese suppliers are under pressure to build up manufacturing operations. Apple, which usually prefers to have multiple suppliers, is in negotiations with Sharp Corp. to procure Oleds. Japan Display Inc. is moving to build up its own Oled production capabilities. Initial costs could reach $2 billion (roughly Rs. 13,358 crores) for each, stretching their finances even before they get any firm orders. Even so, they may not have a choice.

"If they don't invest in Oled, they will have to get out of the smartphone supplier business altogether," said Takeo Miyamoto, an analyst at MUFJ Morgan Stanley.

JDI shares rose as much as 11 percent on Monday to their highest in almost three months. SMBC Nikko Securities raised its rating on the company to outperform from neutral.

The smartphone industry is shifting away from liquid-crystal displays, or LCDs, which used to be on almost every phone and remains the standard for TVs. Now, the most expensive handsets usually feature Oleds , thanks to their ability to use less battery power while delivering sharper and brighter images. They're also flexible, which opens up the possibility of bendable phones and other innovations in the sector.

Samsung Electronics Co. currently dominates the market for smartphone Oleds , making up 99 percent of shipments in the first half, according to IHS Markit. EverDisplay Optronics Ltd. has just 0.4 percent. But Samsung isn't just the only supplier for the screens, it's also Apple's biggest competitor in the smartphone market, making it even more critical for Apple to secure new providers if it wants to use Oleds for iPhones.

Apple has lagged behind its rivals in embracing Oleds . Samsung's Galaxy S7 and Google's new Pixel phones feature Oled screens, and dozens of models from Motorola, Oppo, HTC and other manufacturers also use the displays. A representative from Apple didn't respond to a request for comment on its Oled plans.

Apple is said to be in talks with Samsung to secure Oled displays. Sharp's capital investment in Oled is part of 200 billion yen that the manufacturer had already committed to Oled technology, part of a strategic plan it adopted with new owner Foxconn Technology Group, itself a key contract manufacturer for Apple. The opportunity is huge: IHS Markit estimates that the Oled-smartphone display market will be worth $18.6 billion in 2018, surpassing LCDs.

"Most suppliers are planning aggressive capital investment," said Hiroshi Hayase, an analyst at IHS Markit. Because Oleds can be made of film-like flexible materials, "there's a chance to open up new markets," he said.

For Japan Display, which has lost 80 percent of its value since listing in 2014, winning the Apple contract is both its biggest opportunity and risk. JDI already depends on Apple for 54 percent of its revenue from LCD screens, according to Bloomberg's Supply Chain Analysis. The display maker has approached banks to secure tens of billions of yen in financing, according to Kyodo News, and has little choice but to invest in Oled to remain in the game.

JDI will have to invest JPY 150 billion ($1.44 billion) to set up its Oled manufacturing line, either through borrowing or equity financing. JDI is planning to start an Oled fabrication line for testing by March 2018, according Kazuhiko Kubota, a spokesman for Tokyo-based JDI. He said the company is talking to customers, shareholders and banks about obtaining funding, but declined to discuss the company's planned investment in Oled or specific fundraising activities.

One option for JDI would be to enter into a vendor financing agreement, using funds from Apple to build up operations and paying it back through sales of Oled screens. It's a risky strategy, and one that backfired for GT Advanced Technologies Inc. in 2014. Apple lined up $578 million in prepayment loans for GT Advanced so that it could feature tough sapphire screens for the iPhone 6. The manufacturer failed to deliver material of acceptable quality, and GT Advanced later sought bankruptcy protection.

"JDI's strategy has been to depend on Apple," Miyamoto said. "That's naive."

Formed four years ago from the struggling LCD operations of Sony Corp., Toshiba Corp. and Hitachi Ltd., JDI is 36 owned by Innovation Network Corp. of Japan, a government entity created in 2009 to support key technology businesses. Japan Display went public in 2014, and after posting a profit that year, has been losing money. While revenue has climbed each year, it's now projected to decline 9 percent in the current fiscal year through June.

The company is at risk of running short of funds, Miyamoto said. "It's on a tightrope."

Tencent's 'Ying' Drone Can Record 4K Video, Stream It to WeChat in 720p