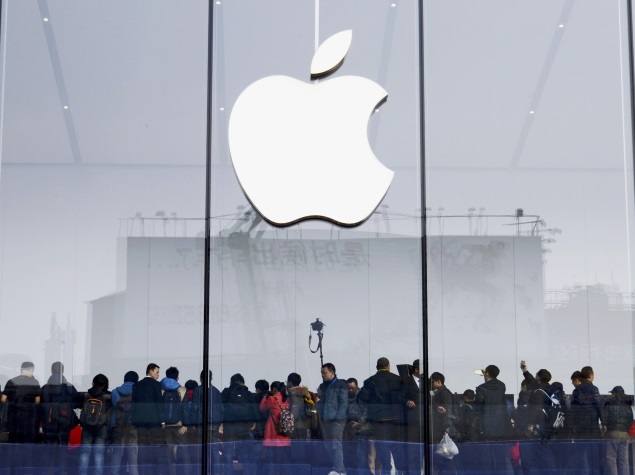 Apple Inc is steering clear of Chinese rival Xiaomi Inc's low-price online strategy, ramping up store openings in China to harness its premium edge and fend off the fast-growing No.3 global smartphone maker.

The U.S. firm's quarterly results smashed Wall Street expectations with record iPhone sales in the holiday season and a 70 percent rise in China, powering the company to the largest profit in corporate history.

Its result in China, as well as other emerging markets such as Brazil, marks a riposte to critics who questioned the firm's strategy a year ago not to launch a cheaper phone to lure cost-conscious buyers from Xiaomi and Samsung Electronics Co Ltd.

"In the long run Xiaomi is more of a threat to Apple than say Samsung," said Ben Thompson, analyst at Stratechery.com. "But the way Apple fights that is to further differentiate, not by trying to compete on Xiaomi's turf, which is low cost."

Instead, Apple plans to roll out around 20 new China stores by 2016, likely located in glitzy locations and rubbing shoulders with outlets for luxury brands such as Chanel and Hermes International SCA.

For Apple, brick-and-mortar stores help it maintain a premium image, from the product to in-store service and even packaging, allowing the firm to charge far higher prices than rivals - vital to its enviable profit margins.

"If you could only get an Apple product online, then there wouldn't be the same user experience and so people might not be so willing to buy. After all, it's an expensive product," said Shi Xinchao, 24, a civil servant in Jiangsu province.

What's next?
Apple's quarterly leap may be hard to replicate, with the launch of large-screen iPhones and a tie-up with telecoms operator China Mobile in late 2013 lifting last year's numbers.

"People had been waiting for large-screen iPhones for a long time. The demand had piled up and Apple hadn't been able to meet it," said Nicole Peng, research director for Canalys in China.

Canalys data showed Apple outsold all other smartphone makers in China by units shipped in October-December 2014, making it the country's top seller for the first time.

However, some were already asking what Apple's next driver of growth in China would be and how the firm would fend off Xiaomi's longer-term challenge.

Xiaomi unveiled the Mi Note earlier this month, its challenger to Apple's iPhone 6 Plus (Review | Pictures). At 2299 CNY ($371) for a model with 16GB of memory, the Mi Note costs almost two-thirds less than its Apple rival.

The Chinese firm, which sold its first phone just over three years ago, has also been moving into other personal and home devices that would be compatible with Xiaomi phones, helping it retain users.

"This could lock in Xiaomi's younger generation, low-income users from migrating to other brands like Apple," said Gartner analyst C.K. Lu.