Apple Pay the Next i-Revolution?

Apple's skinnier iPads and flashy big-screen iMac are sleek and stunning. But the tech giant is making a bigger strategic bet with next week's launch of Apple Pay - the mobile pay service aimed at turning your iPhone into your wallet.

The service, which goes live Monday and has hundreds of banks on board, is "hugely important" says Forrester Research analyst Frank Gillett. It puts Apple in the middle of a wide range of consumer transactions, underscoring Apple's value as a brand and giving people a powerful new reason to buy iPhones, iPads and other gadgets.

Apple Pay is designed to work on the company's newest iPhones, which contain a chip that allows payments at a special terminal in retail outlets. It also will be available on the new iPad Air 2 for online purchases only.

"It's a strategic advance not just because it may be a new revenue source, but because it injects Apple into a whole different value stream" for customers and the company's business partners, Gillett says.

Mobile pay isn't new; rival tech companies and the banking industry have worked on such systems for years. But Apple is launching its new service at an ideal time, says Gartner tech analyst Van Baker. Consumers are increasingly worried about the security of traditional credit and debit cards and U.S. merchants are facing new mandates to switch to safer chip-based cards or other payment systems. 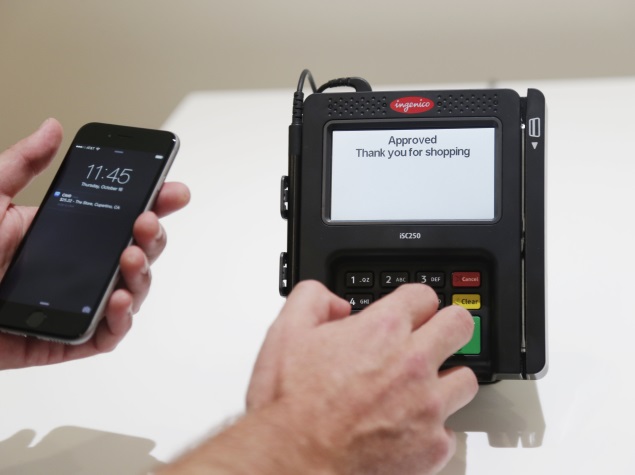 "Consumers are going to have to learn a new way to pay," Baker said. "That levels the playing field for new technology."

Assuming there are no system breakdowns or security flaws, Apple will get the benefit of pioneering a mobile payment system that has widespread brand recognition and acceptance from consumers, retailers and banks. That's crucial to its success, said MasterCard Inc. executive James Anderson, but he doesn't expect Apple will hold the market by itself. The payment processor plans to work with other digital systems as well.

"We've done a lot of work with Google over the years and I expect we'll continue to work with them," Anderson said.

As for the new iPad Air 2 announced at a company event Thursday, analysts praised its technical features, including faster processors, better cameras and Touch ID, which lets users unlock the device with a fingerprint.

"I've heard people say it's evolutionary, rather than revolutionary," tech expert Carolina Milanesi of the research firm Kantar Worldpanel said after Apple's announcement. But she added, "why do you need to revolutionize something that's already the best in its class?"

The new super-thin iPads should sell well during the upcoming holiday shopping season, even as the worldwide tablet market is showing signs of slowing growth, analysts said. But they're not the kind of game-changing new product that has made Apple a darling of Silicon Valley and the tech industry's most valuable company.

"It's stunning. It shows Apple is doing cool new stuff," he said. "Unfortunately it's not going to sell to a lot of people. Not many people are willing to pay $2,499 for a new desktop computer anymore."

The next major hardware release is likely to be Apple's smart watch, due out next year. Cook and other executives teased the device several times Thursday, even getting comedian Stephen Colbert in on the act. Reached via Mac call, "Chief of Secrecy" Colbert told head software engineer Craig Federighi to "get back to work" because he was "jonesing for some jewelry."

TECHnalysis' O'Donnell thinks the watch is "an interesting product," but notes that it will compete against fitness trackers and other devices that are primarily niche products. And many of its functions can already be performed on smartphones.