Apple Is Back, Better Than Ever 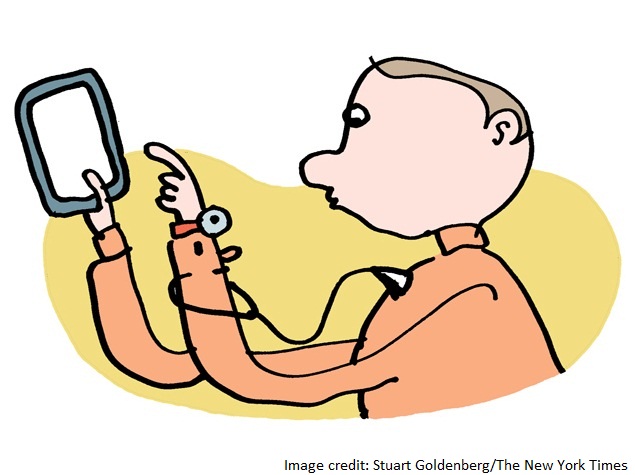 Four times before in its history, at media events planned with military precision, Apple introduced a new invention that radically altered how the technology industry conceived of its future. The company hopes it did that again for a fifth time on Tuesday by unveiling the Apple Watch, a stylish smartwatch that is the company's first advance into a new product category since it created the iPad in 2010.

Yet in some ways, the most consequential headline at the event went unannounced. The biggest news was about the old Apple: It's back, and it's more capable than ever.

Any question about how well Tim Cook, Apple's chief executive, is managing the reins of the world's most valuable company will most likely be put to rest after Tuesday's profusion of product announcements at the Flint Center in Cupertino, California, where Steve Jobs first showed off the Macintosh in 1984.

The announcements included two large-screen iPhones and a new electronic payment system that allows users to make purchases at stores through their phones.

Apple, under Cook, looks every bit as daunting to rivals as it did under its iconic co-founder, Jobs.

Both the new watch and the payment system, Apple Pay, appear to be of a level of polish that suggests the company still possesses the capacity to invent new products and services that can define an entire industry. And the two iPhones will most likely prove that Cook can still do what has long been Apple's bread and butter: incrementally improving its top-performing products in ways that keep them just ahead of rivals.

But more important is that Apple, under Cook, is operating at a scale it never achieved under Jobs. It is creating more new hardware and software, and tying all of its products together more seamlessly than most of its rivals. In responding to customer demand to offer bigger phones, and in granting outside developers deeper access to its mobile operating system, Cook has also signaled a slightly more open philosophy at Apple. The firm is not as ideologically rigid about how people use its products as it once was.

It remains to be seen whether Apple can make good on all of the promises it made on Tuesday. Its new phones will be out this month, and its payment system will be operational in October. The Apple Watch will not be in stores until next year.

After a hack last month that resulted in the leak of several celebrities' private photos from their online Apple accounts, the company's push to persuade people to use its devices to engage in commerce and to track their health may face skepticism.

Price is also a persistent question: From its phones to its new watch, which starts at $349, Apple is selling a digital lifestyle at a cost that exceeds that of many of its rivals.

Yet many users won't balk at paying for the convenience and prestige of using Apple's products.

Apple set out to solve two problems with its media event, the importance of one of which Cook had been telegraphing in earnings calls for years.

First, it needed to make something - anything - new. One persistent criticism of Cook is that while he has been an able steward of Apple's finances, he lacks the capacity to bring forth the kind of industry-defining new products for which Jobs was famous. Cook is "a master of spreadsheets, not innovation," as Yukari Iwatani Kane, a former reporter for The Wall Street Journal, put it earlier this year in a book that became the high-water mark for Apple criticism.

Never mind that this assessment of Cook often rang hollow, and seemed to deeply misunderstand how Apple operates. Though it has cultivated a reputation for frequently reinventing everything, what's most remarkable about Apple's history isn't how many totally novel devices it has released, but how few.

Since the 1980s, Apple has invented four new computing platforms - the Mac, the iPod, the iPhone, and the iPad - that have been revolutionary. But in each of the intervening periods between new platforms, Apple looked remarkably similar to the company under Cook. Each year it put out slight, useful updates to existing products, features that were cheered by customers while roundly jeered by the tech press as yet more unimpressive incrementalism.

The ultimate success of Apple's smartwatch, and its lasting utility to users, won't be known for months or years to come. But its introduction ought to squash the charge that the company - and Cook - can't invent anything new.

At first blush, the devices look to be following in the footsteps of the original iPhone or iPad, which were not brand-new ideas but were just superior versions of what other products already did.

As Cook described it, the smartwatch will perform functions similar to those of the many wrist devices that Apple's competitors, including Samsung, have released over the last few years. At its most basic, the Apple Watch is a quick interface to your phone, allowing you to respond to messages or look up directions at a glance. It also tracks your activity, allowing you to monitor your workouts and daily level of activity.

Still - at least as Apple demonstrated it - what the watch does, it does better than its competitors, with more impressive hardware and a software interface that looks easier to use. The device is stunning to look at, with a variety of faces and watchbands that bear more in common with luxury jewelry than with gadgets. That's far more than can be said of many ungainly watches and fitness bands that many other companies have put out.

Left unstated was any word on battery life, which has been a major shortcoming for other smartwatches. If it needs to be charged daily, or worse, in the middle of a day, users may resist.

Apple's second aim at its media event was to shore up a persistent weakness in its iPhone lineup. While it commands the vast majority of the profits in the smartphone industry, Apple, in the last few years, has been losing some high-end business to rivals with bigger devices, especially its main competitor, Samsung, which has long been the leading purveyor of giant phones.

Apple had historically held out against the wave of giant phones. Jobs called them "Hummers," referring to the large sport utility vehicle, and insisted that "you can't get your hand around" large phones.

Now, though humanity has not been granted a new set of monster paws, Apple has relented. Its new phones are both wider and taller than any previous iPhones. The larger 5.5-inch model is positively gigantic, a device on which one would look fairly foolish trying to make a phone call.

You can call this Apple's capitulation to market demand. You can also call it savvy. In one stroke, Apple has undercut one of the main reasons for Samsung's ascendance at the high end of the smartphone market. That's not a bad outcome for a device that was almost an afterthought at its launch event.