iPhone Turns 10: Some Interesting Stories About the First iPhone

As we celebrate the tenth anniversary of the iPhone this week, we remember the phone that changed the shape of the mobile industry forever. Apple has long endured a global fan following as well as a lot of hate for a lot of reasons. But despite the polarising emotions, one cannot argue that the Cupertino giant created something special with the first iPhone. While there are those who have been religiously buying each successive iPhone right from the start, other may have only recently accepted Apple's ecosystem, and still others want nothing to do with it.

But on the iPhone's tenth anniversary, we go down memory lane and take a look at some interesting stories that surrounded the first iPhone.

The birth of multitouch and a new addiction
The iPhone wasn't the first touchscreen smartphone but it wasn't intended to be. The iPhone was actually envisioned to be a portable computer with touchscreen capabilities. But the touchscreen did more than make life easier, it made it too distracting as well. A group of Apple's original creators came together for a discussion at design studio IDEO's Palo Alto headquarters on Wednesday.

The Apple engineers were asked about the positive and negative impacts of the smartphone boom, which the iPhone championed. Most of the groups generally reached the conclusion that the smartphone is a distraction and one that people find difficult to unplug from.

"I think it's a combination of factors." early Apple iOS designer Greg Christie said. "The fact that it is so portable so it's always with you, it's radically easy to use compared with previous digital technology products, and it provides so much for you that the addiction actually, in retrospect, is not surprising."

Bas Ording, another Apple engineer sees the ease of usability as a positive aspect, but also accepts that they are distracting. "The positive is that it's easy to use, so a lot of people can use it," Ording said. "The downside is too many people are staring at their phones. I probably do it, too."

No iPhone without the iPod
If it wasn't for the iPod, the iPhone probably would never have come to be. This is something that Tony Fadell, regarded as the father of the iPod, has confessed in Brian Merchant's The One Device: The Secret History of the iPhone. It was the tremendous success of the iPod, which set out to redefine music consumption, that gave Apple the resources it need to make the next big thing. 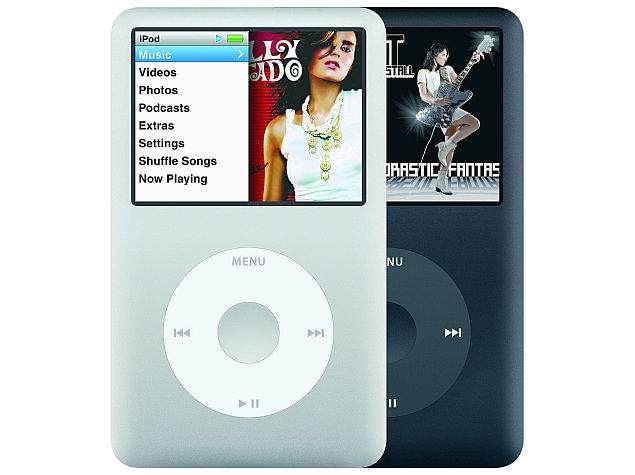 The iPod was seen as the first major hit for the company in years. But the iPod would take a few years before it became big, since it was largely limited initially to those who owned a Mac, and it also required iTunes to be able to transfer music into it. But there was no denying the onset of smartphones and Apple wanted to get ahead of that.

It was a veteran Apple engineer, Mike Bell, who is said to have convinced a stubborn Steve Jobs that the future is the convergence of computers, music players, and cell phones. And so work on the first iPhone began.

Early iPhone prototypes
It took a while for the first iPhone to come into the shape you recognise today. Initial prototypes were far from appealing, but it did confirm that the company was steadfast on going for a software keyboard instead of a physical one. As a homage to the iPhone, human interface designer Ken Kocienda shared two early prototype models of the iPhone.

Here are two iPhone prototypes. We called them Wallabies. I used these devices to make the software keyboard. pic.twitter.com/qbofBL3RUt

Looking at these prototypes today may seem hilarious, given the bulky design and monstrous bezels. Apple's Project Purple team who were part of the early iPhone development, called these units "Wallabies", as perhaps an inside joke of some sorts. However, one notices how the shape and design language of these prototypes call back the iPod to mind.

As one looks back, it's clear the iPhone was essentially an iPod without the click wheel, and instead sported a larger display and a multitouch interface. Yet, as simple as the idea may look, it was probably not the easiest to conceive - the progress Apple made to achieve this feat was remarkable at the time. And 10 ten years later, Apple is continuing to shrink those giant bezels to maybe one day no bezels at all.

And the reviews are in
You would think that the initial reviews of the original iPhone were all praises. After all, the iPhone was being hailed as a tiny computer that could fit in your pocket. It had a touchscreen that could let you enlarge webpages just with your fingers, and type digitally instead of physically. But the first iPhone didn't come cheap, and neither did the 14 others to this day.

While some of the early reviews were stupefied by Apple's products, others were perhaps a little to early to dismiss it. CNET, for example, praised the iPhone's "stunning display" and "sleek design," wasn't too fond of its "variable call quality" and that one had to "sync the iPhone to manage music content."

USA Today loved the phone, especially the fact that you could practically get your work done using just your fingers. "No stylus is provided. Your fingers control everything; you 'tap,' 'flick' and 'pinch.' Finger-tapping takes getting used to. Best advice: Start typing with one finger before graduating to two thumbs."

However, TechCrunch was perhaps a bit too premature with its judgement that the iPhone won't survive when it wrote an article entitled We Predict the iPhone Will Bomb

But perhaps the most regretful of them all was ex-Microsoft CEO Steve Ballmer, who in an intrview explained that "there's no chance that the iPhone is going to get any significant market share," mocking the idea of a $500 phone with no physical keyboard.

But despite the reviews, the iPhone still exists today, which means that Apple did get something right, and moreover, perhaps showed us that the risks it took could have gone either way, and they took it anyway.