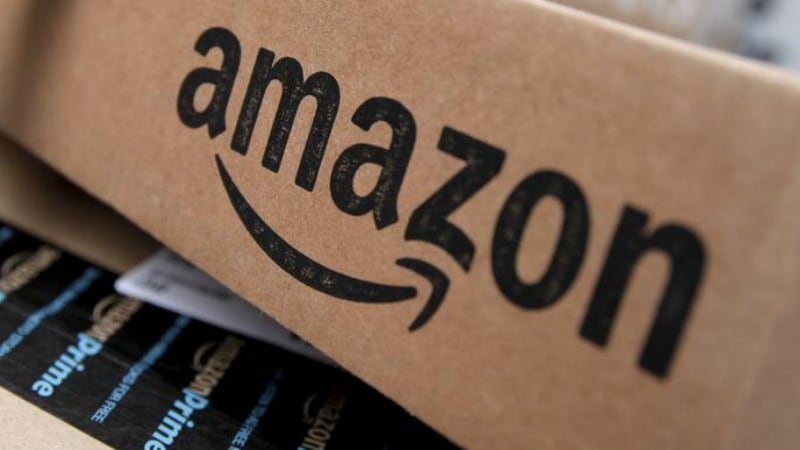 Welcome back to our weekly news roundup of everything that matters from the world of technology. Here are all the highlights that you need to know. For one thing, Amazon announced its next big sale, yet another Great Indian Sale, which will be taking place in the coming week. The Amazon sale will start from 12 am August 9, Wednesday, that is to say, midnight on Tuesday night. It will continue until 11:59 pm on August 12, Saturday night. As usual, Amazon Prime members will have early access to top deals.

Amazon Great Indian Sale deals will include up to 35 percent off on iPhone models and up to 40 percent off on other mobiles and accessories. There will also be deals on TVs and laptops, and gaming consoles will have a minimum discount of Rs. 2,000. On the Amazon app, customers will be able to play a 'Guess Who' game and solve puzzles, in order to get a sneak peek what's going during the Amazon India sale.

Meanwhile, BSNL announced a new plan this week, offering unlimited voice calls and 1GB data for Rs. 74, as a part of its new Rakhi prepaid plan. However, the BSNL 74 pack has a validity of only five days.

And Idea has responded to the Jio Phone by announcing that it is also working on a 4G phone with a Rs. 2,500 price tag. According to Idea, this phone will allow people to choose their operator and install whatever apps they like. But the country’s largest operator is not interested in manufacturing phones and maintaining inventory.

In the quarterly investors call, Airtel MD and CEO Gopal Vittal said the company plans to join hands with 4G feature phone manufacturers and offer bundled plans for the devices, and not directly compete with the Jio Phone. Airtel has also announced plans to launch 4G VoLTE services by March 2018; Jio is presently the only VoLTE network in the country. Airtel already offers bundled plans for certain smartphones, so this strategy will be an extension of an existing one.

Airtel meanwhile announced that the Airtel Payments Bank is typing up with HPCL for digital payments at petrol pumps.

For the second consecutive month, Reliance Jio, Idea Cellular, and Vodafone saw their 4G peak download speed decrease, while Airtel was the only one of the four big telecom operators whose 4G download speed increased. The data comes from the TRAI MySpeed app, which tracks network speeds and other information by collecting data from consumers’ phones. Jio has retained its position as the fastest telecom network in the country with a peak download speed of 18.654Mbps, making July the sixth consecutive month it has remained on top of the list.

Both phones pack a 3000mAh battery, 3GB of RAM, and 32GB storage. The Moto G5S is powered by a 1.4GHz octa-core processor and has a 5.2-inch full-HD display, while the G5S Plus has a 2GHz octa-core processor and a 5.5-inch full-HD display. The G5S comes with a 16-megapixel rear camera and a 5-megapixel front camera. The G5S Plus has a dual-camera setup on the rear, with two 13-megapixel sensors, and an 8-megapixel front camera.

A big launch in India was the BlackBerry KEYone, an Android smartphone with a hardware keyboard, and a convenience key. The phone is priced at Rs. 39,990, and runs Android 7.1.1 Nougat, along with BlackBerry's security and productivity software. In India, the phone will come with 4GB RAM, and 64GB storage, compared to the 3GB/ 32GB model launched in international markets. The BlackBerry KEYone has a 4.5-inch display running at 1080x1620 pixels.

The Kult Beyond with 4G VoLTE support, dual front LED flash, 13-megapixel front and rear cameras, and a 3000mAh battery was launched this week at a price of Rs. 6,999. There was also the Swipe Konnect Power, which has an 8-megapixel rear, and 5-megapixel front camera. The phone, which was launched at Rs. 4,999, has a 5-inch HD display, a 1.5GHz quad-core processor, and 16GB storage along with 2GB RAM.

We also got the Coolpad Note 5 Lite C with Android 7.1 Nougat, which was launched in India at Rs. 7,777. The phone is being sold only in offline stores, although the company teased an Amazon-exclusive flagship for the end of August. We also saw the Karbonn Aura Note Play, which runs Android 7.0 Nougat out-of-the-box, and a huge 6-inch HD, 16GB of storage, 2GB RAM, and a 1.3GHz quad-core processor, launched at Rs. 7,590. And Micromax launched the Micromax Selfie 2 which comes with a front flash and an 8-megapixel front camera with a wide-angle lens. The phone is priced at Rs.9,999.

In China, the Samsung SM-G9289 flip phone with dual full-HD displays was launched. Coming with the Snapdragon 821 SoC, the phone packs 4GB RAM, and a 12-megapixel rear camera, along with a 5-megapixel front camera. It comes with 64GB storage, and a 2300mAh battery.

Another interesting launch this week was the Mesuit Smart iPhone case, which brings Android and dual-SIM support to iPhones. The Mesuit case for the iPhone 6 and iPhone 6s is priced at Rs. 9,900 and gives iPhone users the ability to access Android apps, dual-SIM functionality, and a 1700mAh battery.

This week, Samsung told Gadgets 360 that the adoption of Samsung Pay in India has been faster than in any other market. According to Asim Warsi, Senior Vice President Mobile Business at Samsung India, one in two Samsung Pay enabled devices are making use of the platform. Warsi added that the Samsung Galaxy S8 is the most frequently used device for Samsung Pay.

Meanwhile, railway stations in India are already getting connected with Wi-Fi, but soon, more than 1,300 trains in India could also get infotainment services, according to a tender from RailTel.

We also learned this week that the Lenovo K8 Note - and subsequent phones from the brand - will ship with stock Android, moving away from its Vibe Pure UI. The Lenovo phones will come with some enhancements, such as the addition of Dolby Atmos technology, and Lenovo's TheaterMax, much like the Motorola phones.

Lenovo K8 Note, Launching in India on August 9, Will Be Exclusive to Amazon

Flipkart has also confirmed that the Xiaomi Redmi Note 4 - which was the highest selling smartphone in India the past quarter - is getting Android Nougat. The phone wasn't included in the list of devices getting the update, but on the Flipkart page for the Big Xiaomi Redmi Note 4 sale which took place on August 2, the Android Nougat update for the handset is coming "very soon."

Meanwhile, after a feuding with Elon Musk about AI, things aren't looking too great for Facebook founder Mark Zuckerberg, as the company let out some flip-flopping messaging about AI. To start with, according to reports, Facebook shut down an AI program because two bots created a language that humans could not understand.

WhatsApp continues to experiment with new features - the latest one in the WhatsApp beta being coloured status updates, ala Facebook. This was first introduced in the Facebook app last year, and it's only been rolled out to select users even in the beta.

There's also news that Paytm may soon get messaging support, to take on WhatsApp; according to reports, the rollout could happen in the next two weeks. WhatsApp is expected to get UPI support later this year, and on the messaging-payments side, Hike Messenger added UPI support last month.

The Nokia 8 with Android 8 was leaked and was listed as having 4GB RAM. It may also be the first smartphone to run on Android 8. Separately, the entry-level Nokia 2, which is also expected to launch alongside the Nokia 8, has been leaked as well.

There was also a leak of the Moto X4 "final design", which shows dual cameras and a leaked presentation also promises AI integration ,smart camera features, IP68-certification for dust and water resistance, along with always-on voice hotword support.

The Samsung Galaxy Note 8 specifications were also leaked, ahead of the smartphone's launch on August 23. The Galaxy Note 8 is expected to feature a dual-camera setup, and the handset's design has already been revealed in many leaked renders. As per the report, the phone will have a 6.3-inch QHD display and will be powered by Exynos 8895 SoC globally, but use Qualcomm Snapdragon 835 in the US, just like the Samsung Galaxy S8 and Galaxy S8+.

Inside Google's RailWire Project Which Provides Free Internet That Works

There are also new leaks of the Xiaomi Mi 6c, which hinted at an imminent launch, with renders, specifications, and pricing all leaked. As per the reports, the Xiaomi Mi 6c may be launched with 4GB and 6GB RAM variants, with 64GB and 128GB storage respectively. The phone is expected to start at CNY 2,000 or around Rs. 18,900.

A leak also showed us the details of the LG V30, which is expected to launch on August 31. The leaked outline of the phone shows that it will have a dual-camera setup at the back and a fingerprint sensor. The full specifications of the phone have not been leaked yet.