Most Popular Smartphones, Wearables, and Amazon Devices on Amazon India in 2019

From iPhone XR to the Fire TV Stick, here's what was popular on Amazon India this year. 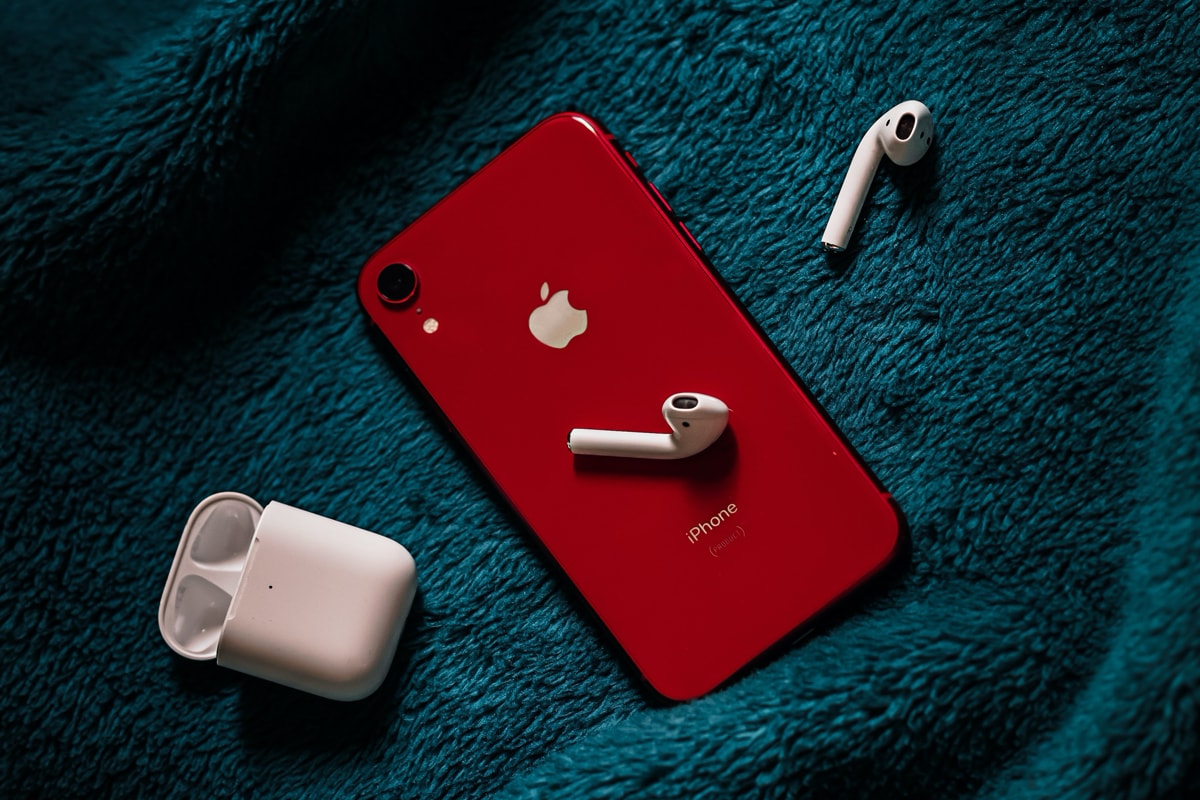 iPhone XR remained a popular smartphone on Amazon India in 2019

Amazon is undoubtedly one of the top two e-commerce players in India. The online retail giant sells a large number of tech products in the country. As the year comes closer to an end, Gadgets 360 asked Amazon about the most popular tech products on its online marketplace in India during 2019. Below, we'll tell you all about the most popular smartphones, wearables, and Amazon devices on the company's marketplace in India. While some of these tech products were expected, some were fairly surprising.

Most popular smartphones on Amazon India in 2019

In our review, the Galaxy M20 managed a score of 8 out of 10. We loved the phone's sharp, crash display and the great battery life. However, we were a bit disappointed by the phone's cameras. During testing, the phone did warm up under stress.

Samsung Galaxy M30
Samsung Galaxy M30 is another affordable smartphone in the company's Galaxy M-series in India. The Galaxy M30 was also a part of our top picks for the best mobile phones under Rs. 10,000 for November this year. Samsung also introduced a 3GB RAM variant of the Galaxy M30.

Redmi 6A
Xiaomi's Redmi 6A was also a popular smartphone on Amazon India this year. The entry-level smartphone reportedly started receiving the MIUI 11 update in India earlier this year. According to market research firm IDC, Redmi 6A was one of the top-selling phones in India during the first quarter of this year.

When we reviewed the Redmi 6A, we were impressed by its good looks and that the form factor was good enough to easily hold in your hands. Redmi 6A also features an excellent battery life and offers decent overall performance in its price segment. However, we didn't like the bloatware on the phone and that it served too many ads. We rewarded it with a score of 7 out of 10.

Redmi 7
Xiaomi's Redmi 7 is another affordable smartphone that was a part of our collection of best smartphones priced below Rs. 10,000 in November this year. Xiaomi started rolling out the MIUI 11 stable update to the Redmi 7 earlier this year that included the October Android security patch.

In our review, the Redmi 7 scored 8 points out of 10. We loved the phone's overall performance and excellent battery life. We think the Redmi 7 offers a very good value for your money. However, if you're into low-light photos, the Redmi 7 will disappoint. We're also not fans of a large number of ads MIUI serves to its users.

Redmi Y3
Xiaomi Redmi Y3 is yet another affordable smartphone that was popular on Amazon's online marketplace in India this year. Redmi Y3 is powered by Qualcomm's Snapdragon 632 SoC and features a dual rear camera setup. Redmi Y3 started receiving the MIUI 11 global stable update in India earlier this year, according to some users.

In our review, the Redmi Y3 scored 7 points out of 10. We liked the phone's design and its good battery life. Redmi Y3 comes with a dedicated microSD slot that is a big plus at this price point. The selfie camera was also quite good. However, we didn't like the phone's rear cameras and the overall performance didn't quite match our expectations either.

Mi A3
Xiaomi's smartphones were quite popular on Amazon India this year. Another one of them is the Mi A3 that is an affordable smartphone above the Rs. 10,000 price point. Mi A3 is an Android One smartphone powered by Qualcomm's Snapdragon 665 SoC. The phone features a triple rear camera setup with a 48-megapixel primary camera sensor. On the front, there's a 32-megapixel selfie camera.

In our review, the Xiaomi Mi A3 scored 8 points out of 10. There was a lot we liked about the phone such as the good cameras, its build quality, excellent battery life, and decent overall performance. But then it had its downsides too, including a slow camera performance (at the time of reviewing), low-resolution display, and the hybrid dual-SIM slot.

OnePlus 7
OnePlus 7 was a part of several online sales on Amazon India this year. No points for guessing why it was so popular this year. OnePlus 7 is powered Qualcomm's Snapdragon 855 chipset and features a dual rear camera setup with a 48-megapixel primary camera sensor.

When we tested the OnePlus 7, the smartphone managed to score 8 points out of 10 in our review. We loved the phone's great overall performance, the all-day battery life, and the loud stereo speakers. But we didn't quite like its below-average low-light camera performance when we tested it. We also didn't like the inconsistent focus in portrait and macro mode photographs.

OnePlus 7 Pro
Just like the OnePlus 7, the OnePlus 7 Pro was also selling at discounted prices several times during promotional sales on Amazon this year. The OnePlus 7 Pro is powered by Qualcomm's Snapdragon 855 SoC and features a triple rear camera setup with a 48-megapixel primary camera sensor. The smartphone seemed to have done well in the premium segment this year.

In our review, the OnePlus 7 Pro scored 9 points out of 10. There was a lot to like about the phone. From its premium build quality to the great battery life, the OnePlus 7 Pro managed to impress us in several ways. But we did miss wireless charging and hated the fact that it was just too heavy to hold.

Apple iPhone XR
Apple has had a good year with the iPhone XR. The iPhone model recently managed to become the top-selling smartphone globally in the third quarter of 2019, according to market research firm Counterpoint Research. The iPhone XR received plenty of discounts and offers during festive season sales this year, making it a decent option for those looking to buy a new iPhone in India.

The iPhone XR scored 9 points out of 10 in our in-depth review. We loved its cameras, great battery life, and the fact that it offered best-in-class performance. However, the display resolution on the iPhone XR is on the lower side. We'd also appreciate if Apple shipped a fast charger with it.

Samsung Galaxy M30s
Samsung's Galaxy M30s is a fairly new entrant in the company's Galaxy M-series in India. The affordable smartphone featured in our top picks for the best mobile phones available under Rs. 15,000 in November this year.

The Galaxy M30s has a lot going for it other than its price. We liked the phone's crisp AMOLED display when we tried it out. The Galaxy M30s performs decently well and the cameras take nice photos under daylight conditions. However, we hated the spam-filled notifications and the slow camera focus. The phone scored 8 points out of 10 in our review.

Most popular wearables on Amazon in 2019

Mi Band 4
Xiaomi's fitness bands have been quite popular on Amazon's online marketplace. The company's Mi Smart Band 4 was one of the most popular wearables in India this year. The fitness tracker is priced at Rs. 2,299 and offers a 20-day battery life.

There's a lot that works in its favor apart from the affordable price tag. The Mi Band 4 has a decent battery life and features a vibrant AMOLED display. When we reviewed the Mi Smart Band 4, we found out that it was pretty accurate while tracking daily activities. But we aren't huge fans of the proprietary charger.

Samsung Galaxy 42mm Smartwatch
The Samsung Galaxy 42mm smartwatch was also popular on Amazon India this year. While iOS users prefer the Apple Watch, Android users prefer to settle for other options. Samsung's Galaxy Smartwatch packs a lot of interesting features and costs just under Rs. 20,000. The smartwatch was available with deals and offers during festive season sales this week, making it a decent choice for buyers.

In our review, the Apple Watch Series 5 did so well that we gave it 9 points out of 10. We loved how useful it was and the excellent display quality. The activity tracking was spot on and the fact that ECG is now available in India as well, makes this smartwatch even more usable. However, battery life suffers with the always-on display.

Most popular Amazon devices in 2019

Amazon's Echo Show 5 is a smaller, more affordable version of the bigger Echo Show. Echo Show 5 is a smart display powered by Amazon Alexa. You can do everything you can do with a smart speaker, plus you get an interactive touchscreen display as well. You can use it in the kitchen or the living room. Amazon Echo Show 5 costs Rs. 7,599 in India.

Fire TV Stick
Amazon's Fire TV Stick is a popular and cost-effective way to smarten up your dumb big-screen TV. We like it so much that we put it in our list of best auto and video products of 2019. Fire TV Stick is easy to install and use and comes handy when you already have an Amazon Prime subscription in India. It comes with a Bluetooth-powered remote control.