Amazon's new "Fire" smartphone (Review) features "gimmicks" - such as 3D effects and object scanner - that may not be enough to entice users away from similarly priced Apple Inc iPhones and Samsung's Galaxy S5, reviewers said.

Among the features of its first smartphone, Amazon has introduced "Dynamic Perspective", four cameras that track a user's face and simulate a 3D effect on the screen.

The phone also touts a "Firefly" scanner that allows users to point the phone at an object and be directed to Amazon's online store to buy it.

Those features, however, failed to impress reviewers of the phone, which goes on sale in the United States from Friday. 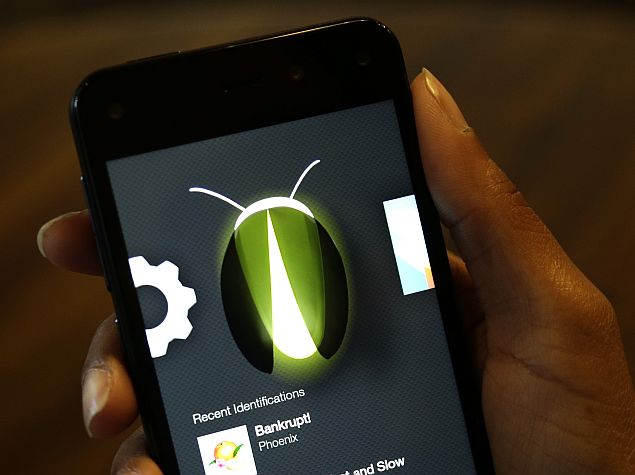 "The Fire is the grown-up equivalent of a 9-year-old riding a bike with his hands in the air. "Look, Ma, no hands!"," Wall Street Journal's Geoffrey Fowler said.

Fowler said the "Fire" fell short on delivering on key features users desire in a smartphone - long battery life and the availability of popular apps such as Google's YouTube and Google Maps.

"The success and potential of the Fire Phone rests on Firefly and Dynamic Perspective - cool technologies that both rely on developers finding better ways to use them," The Verge's David Pierce said.

"Right now, they're just fixing a problem nobody has."

The "Fire" has specifications similar to high- and mid-range smartphones and runs on a modified version of Google's Android operating system.

Amazon is offering buyers a one-year membership to Prime, its two-day delivery and streaming service.

"Fire" is priced at $649 contract-free or $199.99 with a contract on AT&T Inc - a departure from the e-commerce giant's strategy to sell Kindle Fire tablets at near-cost to sell content tied to its ecosystem. 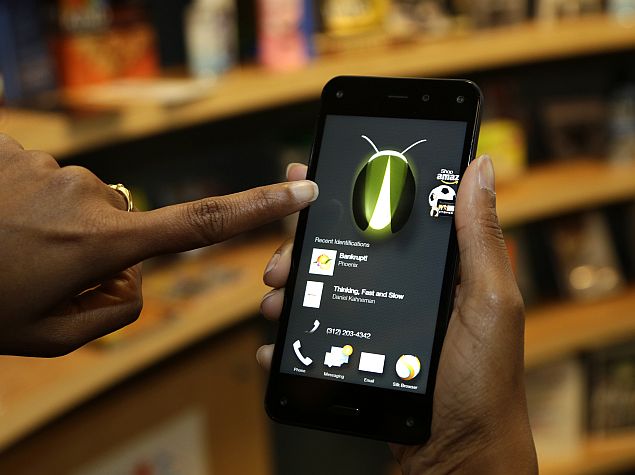 Walt Mossberg, writing on the tech blog Recode, said the biggest problems for the new phone were that it was only being sold on one mobile network and was tied to Amazon's ecosystem.

"Its unique features don't provide enough utility, and come at the expense of both battery life and performance," Engadget's Brad Molen said.

"Amazon's debut phone isn't bad, per se, but there's little incentive for anyone to switch carriers or platforms to buy it."

Amazon's shares were flat at $358.81 in late morning trading on the Nasdaq. The stock has gained 10 percent in the last three months.