2018 is about to come to a close and it's time to look back and reflect on the smartphone industry. This year has seen value flagships like the Poco F1 and Asus ZenFone 5Z challenge the status quo, capable budget smartphones like the Asus ZenFone Max Pro M1 and Nokia 6.1 Plus redefine entry-level expectations, and advanced technologies such as artificial intelligence and facial recognition become mainstream, with at least one of them making a meaningful impact in day-to-day life. The quest to annihilate bezels and achieve the dream of an all-screen smartphone has seen in-display fingerprint sensors become a reality and display notches become the new normal.

1. The ubiquitous notch
The Galaxy S8 (and to an extent the first Mi Mix) ushered in a fundamental shift in smartphone design with a drastic reduction in bezels and near edge-to-edge displays. In order to further reduce the bezel, manufacturers found themselves in a predicament. The front camera, earpiece, and sensors had to go somewhere, and notches have so far been the solution the industry has adopted. 2018 will be remembered as the year when display notches became ubiquitous in smartphones - across all price levels.

Companies like Oppo and Vivo have experimented with pop-up or sliding cameras in order to get rid of the notch but these experiments are riddled with compromises, and are not ready for mainstream adoption. The year ended with Honor announcing a phone with an in-display selfie camera, a few hours before Samsung actually launched a phone based on this latest trend.

The notch is undoubtedly a contentious issue in smartphone design, but for the most part it seems to be a necessary evil in order to make today's narrow-bordered smartphones a reality.

2. Value flagship smartphones
The Rs. 20,000 - Rs. 30,000 price range was long dormant in India with manufacturers focusing more on the budget and premium smartphone space. With OnePlus vacating this segment, smartphone manufacturers like Asus, Xiaomi, and Honor have filled the vacuum with the likes of the ZenFone 5Z (Review), Poco F1 (Review), and Honor Play (Review) respectively. 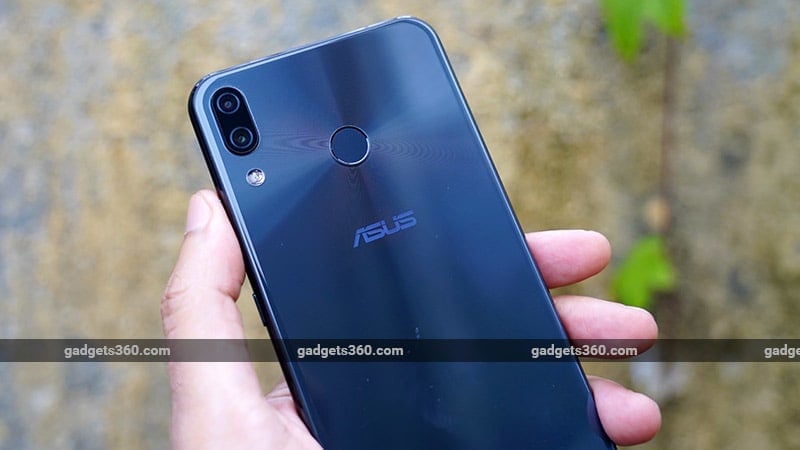 The very definition of a flagship smartphone has undergone a transformation, with phones under Rs. 30,000 sporting flagship level specifications and giving their more expensive siblings a serious run for their money. The Poco F1 and Asus ZenFone 5Z for example are powered by the Snapdragon 845 chipset seen in expensive flagships by the likes of Samsung (at least outside India) and other companies. While the Poco F1 by Xiaomi cuts a few corners in terms of build quality, Asus' budget flagship of the year offers a premium build quality and AI enhanced software features.

3. Artificial Intelligence
With hardware becoming commoditised and the specs war reaching a saturation point, smartphone manufacturers are beginning to realise the next revolution lies in software. Artificial intelligence a.k.a AI was the hottest buzzword of 2018, with most smartphones having some sort of AI features built-in.

AI has now made its way inside the underpinnings of smartphones, with processors like Huawei's Kirin 980 and Apple's A12 Bionic containing a dedicated chip to handle AI computations locally. Qualcomm's new Snapdragon 855 features also feature a multi-core AI Engine, as well as a Computer Vision ISP which helps phones recognise objects and faces.

The trend does have its downsides. Some manufacturers are cashing on the AI craze by pushing the label a bit too liberally. Not everything marketed as AI actually involves any machine learning and some OEMs are adding the AI prefix to features that have been found in smartphones for years.

4. Glass backs
Driven by the popularity of the iPhone X (Review) and Samsung's Galaxy S series of smartphones, glass has become the material of choice for smartphone manufacturers in 2018. This trend is not limited to just high-end smartphones, with budget offerings like the Nokia 5.1 Plus (Review), Honor 8X (Review), and Realme C1 (Review) featuring glass backs. 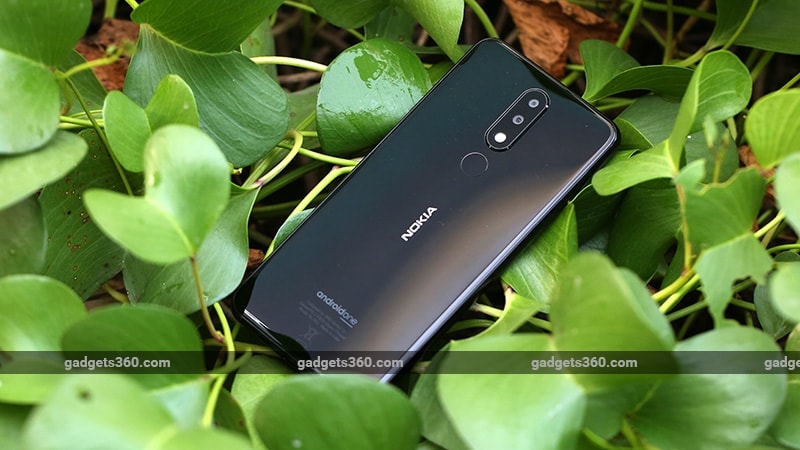 Glass allows for better wireless performance without resorting to antenna lines, and allows for wireless charging to be implemented as well. However, this trend is being driven primarily by aesthetics, as evident by the fact that most smartphones with glass backs lack wireless charging capabilities. While glass backed smartphones undoubtedly look premium, they are more fragile than their polycarbonate and metal counterparts and also get smudged very easily.

5. Rise of Android One/ stock Android
Android One, which was launched as an OS for budget smartphones but was eventually re-tooled as a pure Android experience for smartphones irrespective of their price point, has seen a dramatic upsurge in adoption this year. 2018 has seen many smartphone manufacturers like Motorola and Infinix join the Android One programme.

Customers are becoming increasingly frustrated with laggy and bloated custom skins, some of which feature spammy advertisements (hi, Xiaomi). As a result, many OEMs have embraced Google's Android One programme or launched phones with a near-stock Android experience. Asus, for example, has ditched its Zen UI custom skin in favour of stock Android for its budget smartphones. 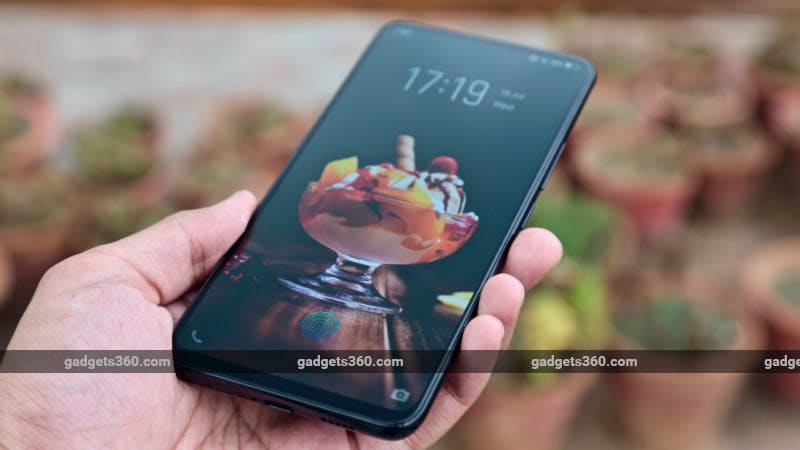 OnePlus and Huawei have also introduced phones with the futuristic feature and it shouldn't be long before others follow suit. The technology is a bit raw at the moment, with in-display fingerprint sensors unable to match physical sensors in terms of both speed and accuracy, however this is expected to change in the future.

7. The rise of USB-Type C
The reversible USB Type-C standard, which was designed in 2014, has finally started to gain mass acceptance. Not only is Type-C reversible, it also allows for faster charging and data transfer speeds. While there is still a ways to go before Micro-USB disappears, 2018 has seen smartphones across all price segments ditch the age-old standard and adopt USB-Type C. While Apple has adopted USB Type-C across its entire laptop/ desktop line-up — and even the new iPad Pro — it is still sticking with its proprietary Lightning standard on the iPhone.

8. Fast charging becomes affordable
Fast charging is not really a new feature but 2018 has seen manufacturers introduce faster and more efficient charging methods . No longer restricted to flagships, a plethora of budget/ mid-range smartphones such as the Nokia 6.1 Plus (Review) and Motorola One Power (Review) now feature support for fast charging. Apart from Qualcomm's Quick Charge, many OEM's have introduced their own proprietary fast charging standards. Oppo's VOOC Flash Charging system for example is able to charge certain OPPO devices from 0 to 75 per cent in just 30 minutes. Similarly, OnePlus has introduced the Warp Charge 30 system with the recently launched OnePlus 6T McLaren Edition, which promises to charge the smartphone from 0 to 50 per cent in just 20 minutes.

9. Multiple cameras everywhere
2018 saw dual cameras becoming ubiquitous in smartphones and this year OEMs have taken things up a notch with three-camera and even four-camera setups. The Huawei P20 Pro (Review) was the first smartphone with a triple-camera setup at the back, and now Samsung and Oppo have followed suit with the A7 (2018) (Review) and the R17 Pro respectively. Lenovo and Vivo are also set to launch smartphones with triple camera setups by the end of the year. 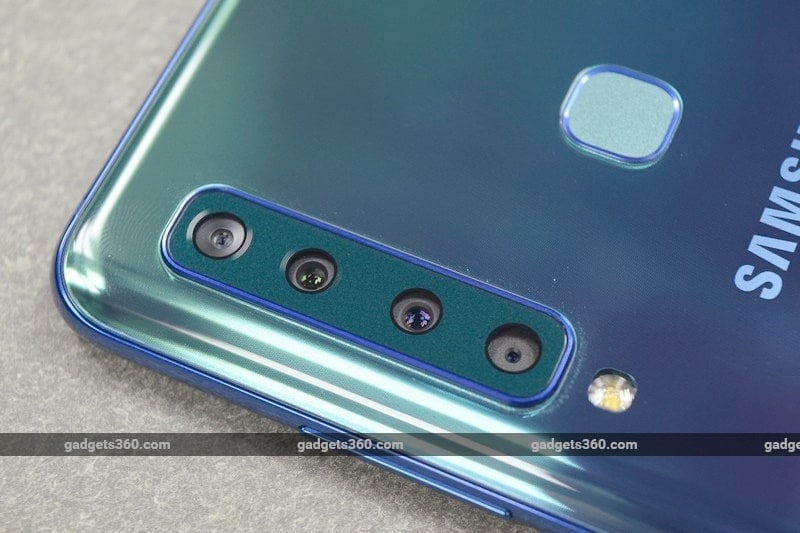 Samsung has even launched a smartphone with four cameras at the back in the form of the Galaxy A9 (2018) (Review), which has a 24-megapixel primary sensor, a 10-megapixel telephoto sensor with 2x optical zoom, an 8-megapixel ultra-wide sensor, and a 5-megapixel depth sensor.

10. Indian names all but disappear
New smartphone launches from Indian manufacturers like Micromax, iBall, and Intex have all but dried up and their relevance in the market is declining day by day. Indian manufacturers were hit badly by the swift rise of Chinese OEMs and most of them have been unable to challenge the value proposition offered by the likes of Xiaomi, Realme, and Oppo. Intex and Micromax continue to churn out feature phones but have really scaled down their smartphone operations, though the latter is showing some signs of getting more active once again.