Byond Tech, a Pune based company, is a producer of mobiles phones, phablets and tablets. It is a brand that focuses on making budget smartphones for the Indian market. Byond Tech has launched smartphones priced under Rs. 3,000 in India. The company's smartphones are powered by Google's Android operating system. Byond's latest mobile launch is the B67. The mobile was launched in May 2013. The phone comes with a 5.00-inch touchscreen display with a resolution of 480 pixels by 800 pixels.

The Byond B67 is powered by 1GHz dual-core it comes with 512MB of RAM. The phone packs 4GB of internal storage that can be expanded up to 32GB via a microSD card. As far as the cameras are concerned, the Byond B67 packs a 8-megapixel primary camera on the rear and a 1.3-megapixel front shooter for selfies.

The Byond B67 runs Android 4.0 and is powered by a 2000mAh removable battery. 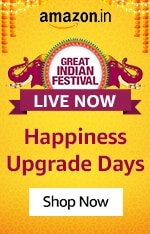