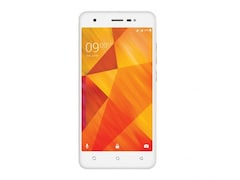 Lava Z60s is powered by a 1.5GHz quad-core processor. It comes with 1GB of RAM.

Lava Z60s based on Android 8.1 (Go Edition) and packs 16GB of inbuilt storage.

It was launched in Gold and Black colours.