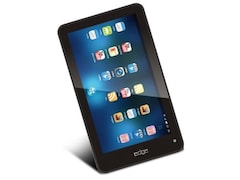 As far as the cameras are concerned, the Lava E Tab Z7S on the rear packs 0.3-megapixel camera.

Lava E Tab Z7S is based on Android 4.0 and packs 4GB of inbuilt storage that can be expanded via microSD card (up to 32GB).

Connectivity options on the Lava E Tab Z7S include Wi-Fi.