Plain and simple, with a focus on performance and security

Kingston has a long history in the memory and flash storage markets. As far as SSDs go, we've seen quite a few entry-level models of late, and these tend to be quite popular thanks to good pricing. If you want to step up though, there's the recently launched Kingston KC2500 NVMe SSD which is aimed at the high-performance enthusiast market. It promises security as well as speed, but skips the fancy designs and attention-grabbing heat spreaders that its competitors now offer. With tempting street prices, it slots in above the more affordable Kingston A2000 series. Could this be the ideal SSD for a new build, or a worthwhile upgrade for your PC? Read on to find out.

NVMe SSDs in the M.2 form factor are pretty common nowadays, and most PC motherboards shipped over the past several years will have at least one M.2 slot. The main advantages are of course speed, since you're hooked directly into the system PCIe bus, and also the fact that separate data and power cables are not needed.

Kingston has not put much thought into design, even though M.2 SSDs are usually hidden away – we see a simple sticker with manufacturer-specific information and a bunch of regulatory logos, while other companies such as WD and Samsung now infuse some of their design aesthetic here. There's no heat spreader either, which isn't a huge problem since many motherboards have their own. 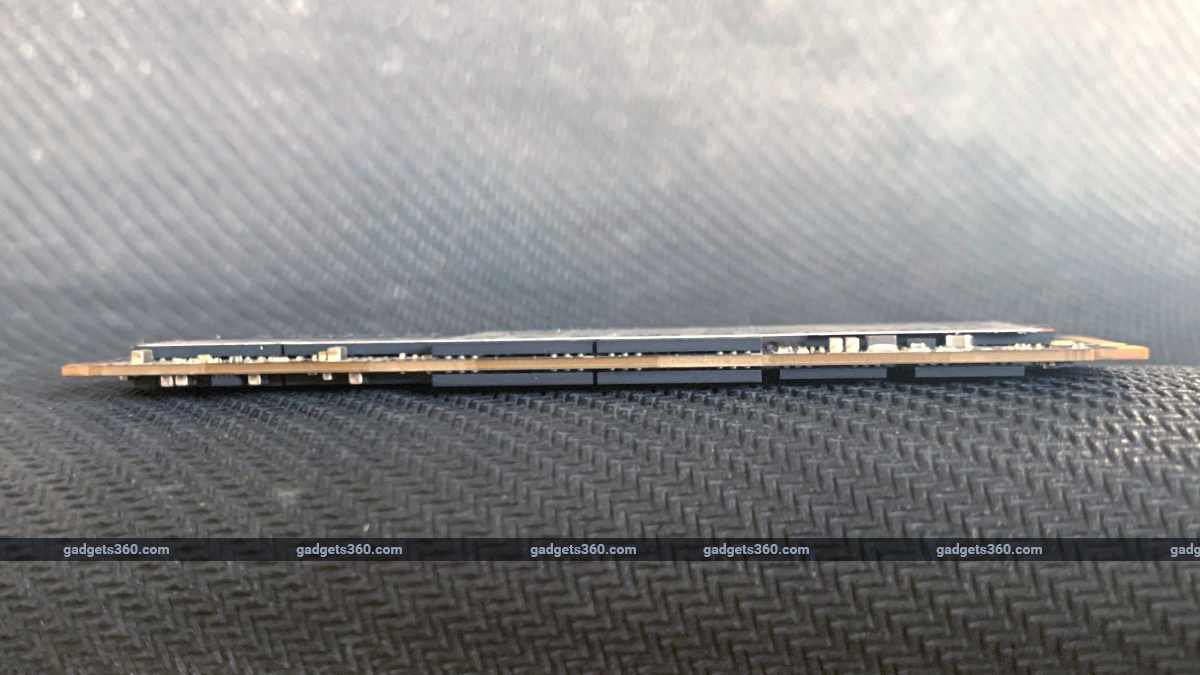 The KC2500 has components soldered to both sides of the module which means it's a little thicker than usual. This shouldn't be a problem for most desktops, but is worth noting if you're planning to upgrade a laptop. Very slim models might only be designed for single-sided M.2 modules.

Endurance is proportional to capacity, starting at 150TBW (Terabytes Written) at the bottom end and going up to 1.2PBW at the top. MTBF (Mean Time Between Failures) is claimed to be 2,000,000 hours. The warranty is five years.

Kingston does disclose specifications in more detail than is usual for most other companies. It has used the Silicon Motion SMI2262EN controller and 96-layer TLC flash memory which is pretty much the norm these days. The KC2500 is a PCIe Gen3 SSD, so again, there's nothing cutting-edge here. You do get standard 256-bit AES encryption as well as compliance with the Trusted Computing Group's OPAL 2.0 standard for self-encrypting drives. This could be of interest if you're deploying lots of PCs across a corporate environment and want interoperability between security software vendors.

The Kingston KC2500 package is a very simple cardboard placard like you might expect with some inexpensive accessories; there isn't a box or even a plastic bubble pack. That means the drive itself might not be protected very well in shipping, unless the seller wraps it very well. There's a tiny coupon with a code for a copy of Acronis True Image HD which will let you clone your previous drive onto this SSD to make for an easy in-place upgrade. Oddly, there's no mention anywhere on the package or on this product's Web page of the existence of Kingston's SSD Manager software. If you search for it and download it yourself, you'll be able to check your drive's health and status, update its firmware, and wipe its contents securely. 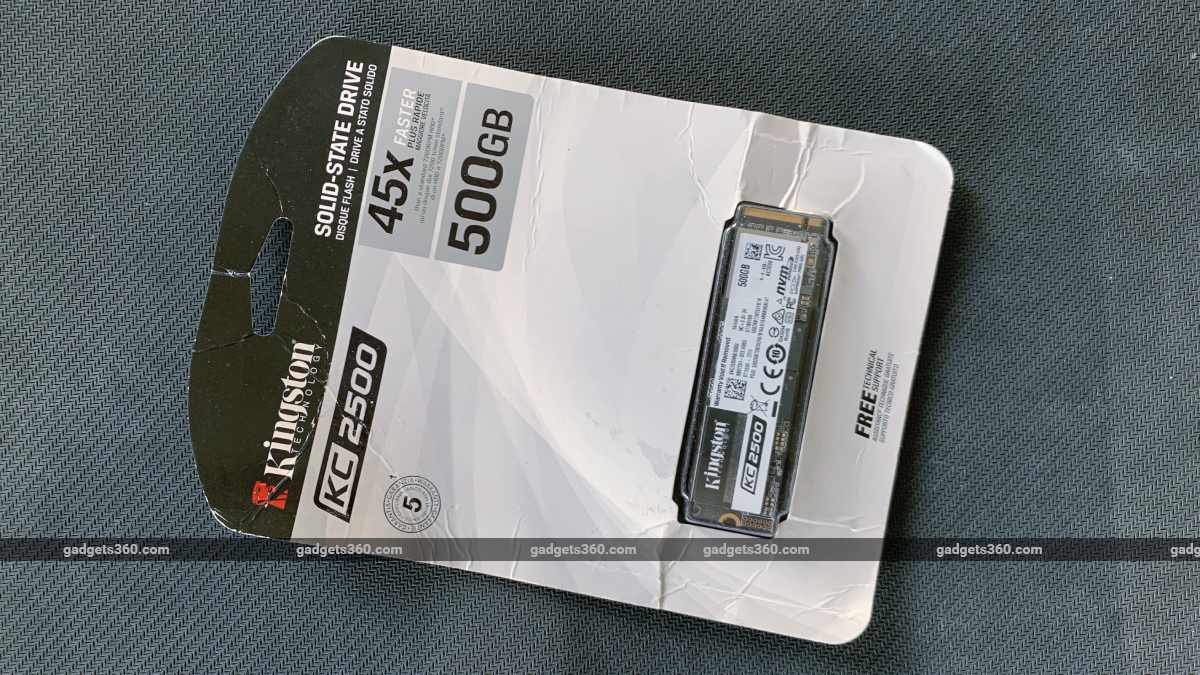 The retail package is flimsy and doesn't inspire much confidence

Installation is as simple as fitting the M.2 module into its slot and tightening one screw. You might need to unplug other components or deal with an integrated heat spreader if your motherboard has one. It would also be good to have some airflow running across your M.2 slots for cooling.

Starting with CrystalDiskMark 6, sequential read and write speeds were measured at 3517.2MBps and 2568.7MBps respectively, which are both a small margin above what Kingston claims. Random reads and writes at a queue depth of 8 were also a pleasant surprise, coming in at 1252.3MBps and 1382MBps respectively. These are pretty good results by mainstream NVMe SSD standards. Next up, the Anvil storage benchmark posted scores of 6,268.51 for reads and 7,696.09 for writes, for a total of 13,964.60.

The Kingston KC2500 comes in only slightly behind the 512GB Adata XPG SX8200 Pro overall, and it's worth noting that Adata outfitted this drive with a simple heat spreader, which might have had some impact. The two models use the same kind 3D TLC flash, feature exactly the same controller, and have comparable endurance ratings, which together make for an interesting comparison. At the moment, the SX8200 Pro is priced considerably lower. 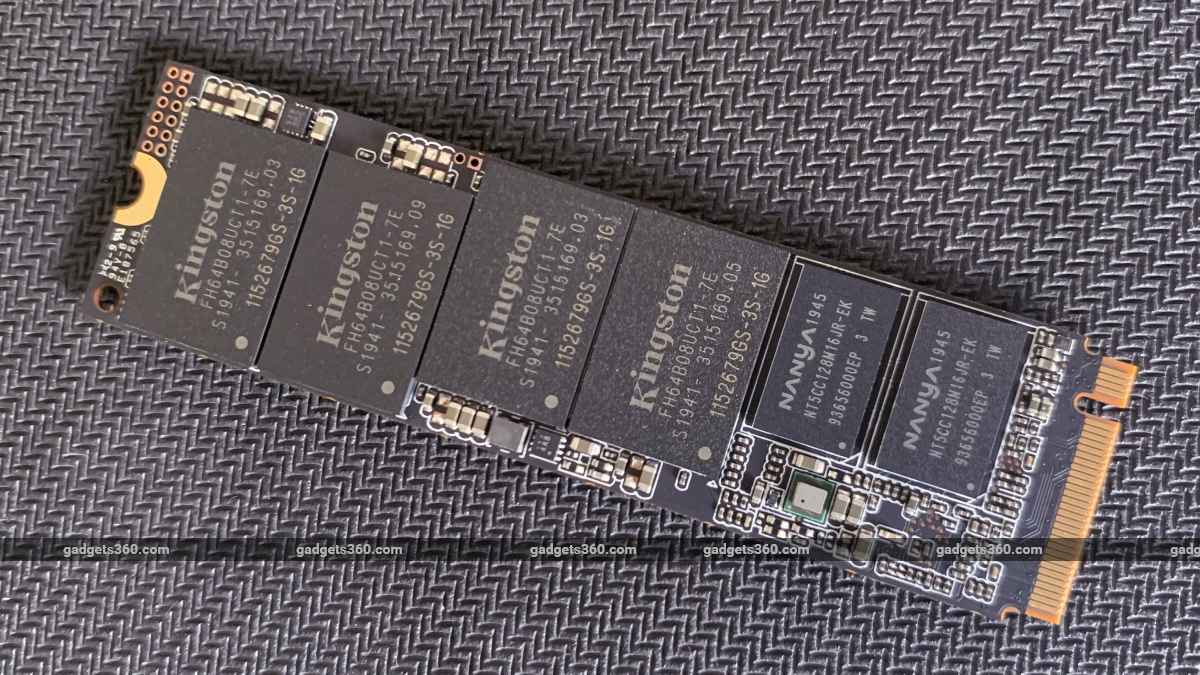 Kingston has delivered a pretty fast SSD with reasonable specifications, in a no-frills package. If you're building a new PC, you absolutely should get a good SSD, and even if you already have a SATA SSD, you can get a huge leap in performance by going with NVMe instead. Whether it's loading huge games or just getting everyday work done, this is the way to go.

The 500GB KC2500 is definitely competitive in terms of performance, but is also quite overpriced. The 500GB model sells for around Rs. 8,900 online. You could pick up the equivalent Adata XPG SX8200 Pro, or even the excellent WD Black SN750 or Samsung SSD 970 Evo Plus for under Rs. 7,500, and this would have been a better price for Kingston to try to hit. If you're looking at higher-capacity models, the price gap between the KC2500 and its competitors widens a lot more.

Of course it's always a good idea to keep an eye on sales, since there are often significant discounts on SSDs, and besides, prices keep declining anyway. The Kingston KC2500 is a good SSD at an unfortunate price, and so if you do spot it selling for less than the competition, you should definitely consider picking one up.

product The Kingston KC2500 could be a good fit for any enthusiast PC, but does it offer the best value for money? 4 out of 5 stars