Dell XPS 13 7390 is one of a handful of devices already on the market in some countries featuring Intel’s latest and greatest CPU.

Dell was one of the first companies to unveil new laptops based on Intel's 10th Gen 10 nanometre Ice Lake CPUs after they were first announced. These CPUs feature an all-new core design as well as a more powerful integrated GPU and built-in acceleration for AI workloads for the first time. Unfortunately thanks to Intel's struggles with 10nm production, these CPUs will be in relatively short supply and will share their 10th Gen family name with the refreshed Comet Lake 14nm processors, so buyers should be careful to check exactly what they are getting when choosing a laptop that is advertised as 10th Gen.

The new XPS 13 7390 2-in-1 was being shown off at Intel's pre-IFA 2019 open house event. It is one of a handful of devices already on the market in some countries featuring Intel's latest and greatest CPU. The thin and light form factor is ideally suited to such low-power chips.

This compact laptop was demonstrated being used to edit 4K HDR video, which brings this level of power to a new compact form factor. Intel pointed out that its own previous-gen laptops, as well as competing options powered by AMD processors, would not be able to complete such workloads. 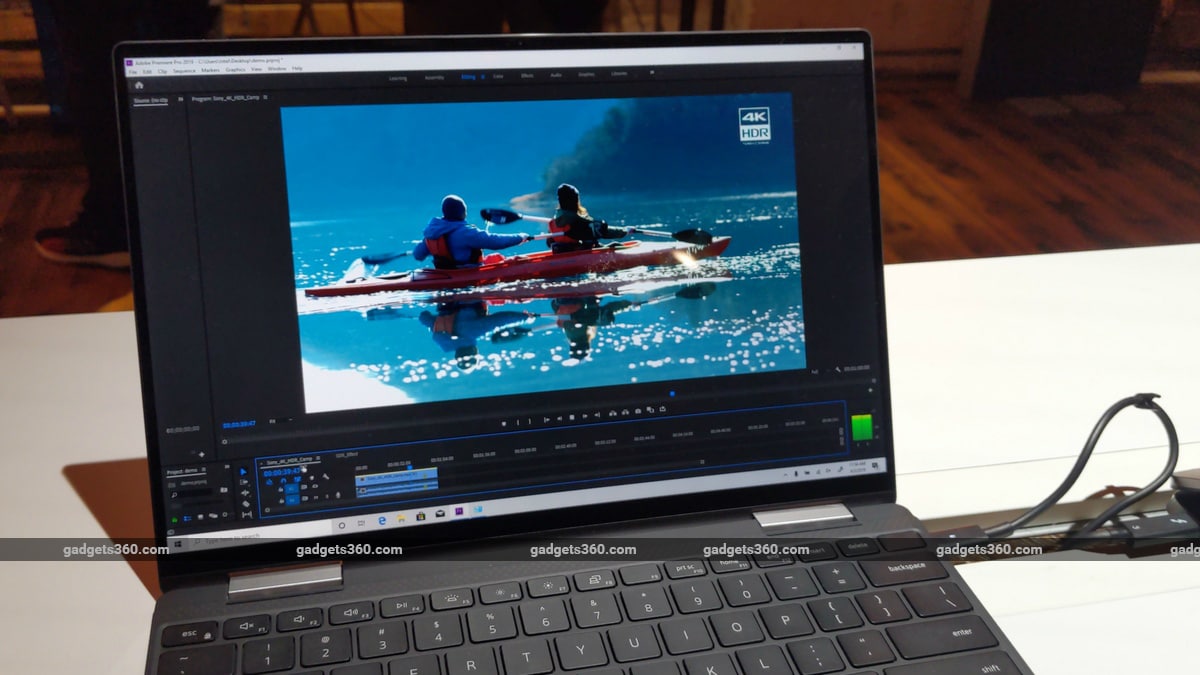 While undoubtedly premium and aimed at style-conscious buyers as or those who just want the lightest ultraportable, the combined capabilities of the new Ice Lake CPUs mean that laptops such as the XPS 13 7390 2-in-1 could become options for those who are used to getting their work done on bulkier machines.

We particularly like how Dell has engineered the keyboard and trackpad on this ultraportable device. Both felt comfortable enough for productivity on the go, and this laptop should fit comfortably on even an economy class tray table. We also noted that the outer surfaces of this device including the keyboard keys weren't too hot despite running a heavy demo.

The new XPS 13 2-in-1 was also designed according to Intel's Project Athena specifications for heat, power, and responsiveness, and so it will be sold featuring the “engineered for mobile performance” badge that Intel has started rolling out. 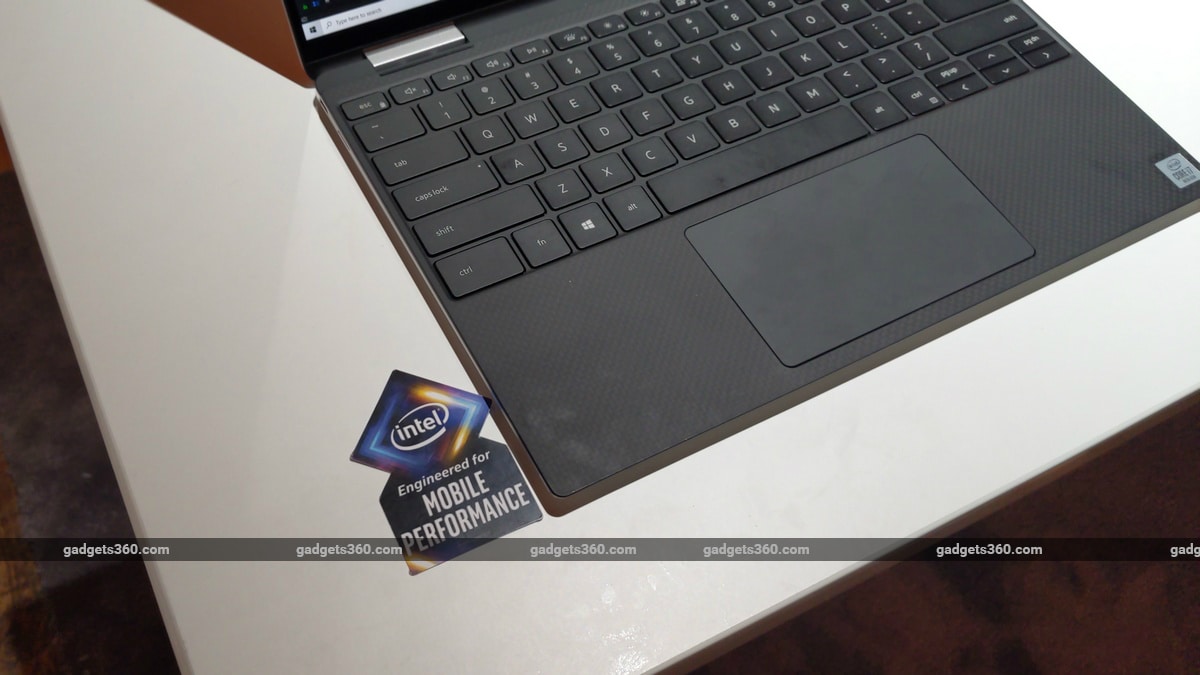 Dell says this ultralight convertible laptop is 8 percent thinner than the previous model at only 13mm, and weighs only 1.33 kilos but delivers up to 2.5X the power. You can get it with an optional 4K HDR Dolby Vision certified 3840x2400-pixel 16:10 screen and active stylus. Dell claims 90 percent coverage of the DCI-P3 colour gamut and 500nits maximum brightness. There's up to 16GB of RAM and 512GB of PCIe SSD storage and a 51Wh battery.

It also features an internal vapour chamber cooler with dual fans and hidden vents, GORE material for thermal insulation, and Gorilla Glass 5 for protection. Other conveniences include a fingerprint sensor and a variable torque hinge designed to be used one-handed.

The XPS 13 7390 2-in-1 will be available in black with carbon fibre or silver with woven fibreglass, and we really liked the quality of the material that we were able to spend hands-on time with. The body is made out of a single block of aluminium. The design also features narrow screen borders with a webcam still embedded above the screen, which is something that many of Dell's competitors have not managed to achieve. There are two Thunderbolt 3 ports and built-in Wi-Fi 6 as well as a microSD card slot and 3.5mm audio socket.

product Dell XPS 13 7390 is one of a handful of devices already on the market in some countries featuring Intel’s latest and greatest CPU.