The market for SSDs is now mature enough for multiple manufacturers and product lines to coexist, which makes buying decisions more confusing. While all SSDs are assumed to be faster than spinning hard drives, there's can be massive differences between entry-level and top-tier SSD models, and performance doesn't always scale up with cost. The quality of an SSD depends on the kind of flash memory chips and controllers used, the cache, the standards used to communicate with the rest of your PC, and even its the physical design.

Today we're testing the Adata XPG Gammix S10, an SSD that's unusual because it has characteristics of both major classes of consumer SSDs - those that piggyback on the legacy SATA protocol designed for hard drives, and those that ditch the baggage of compatibility and use the much faster PCIe protocol. SATA drives are generally less expensive and slower, but still more than enough for most casual users. On the other hand, PCIe models usually deliver staggering results for those with data-intensive workloads, but are expensive and not compatible with older PCs.

Adata is well known for its memory and storage products, spanning the range from microSD cards to USB pen drives and hard drives. Like many other companies, it has a gaming-centric sub-brand, which it calls XPG, under which it sells high-performance products with a bit of extra flair. Let's take a closer look before popping the XPG Gammix S10 into our test bench. 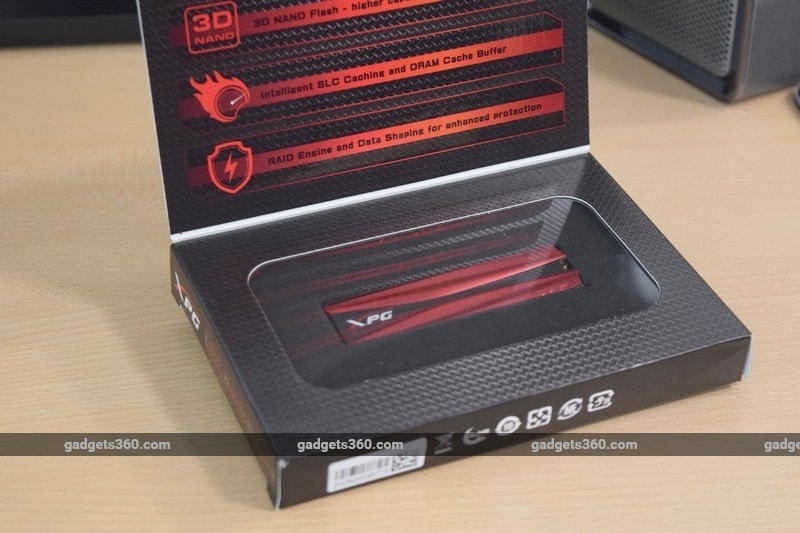 Many SSDs are shipped like commodity products in plain cardboard boxes. Adata has tried to make the Gammix S10 stand out with a fairly elaborate box that has a flap and transparent window to display the drive itself and boast about various specifications. The window is a smart move, because the Gammix S10 is one of very few M.2 SSDs in the market that has its own heatsink. Adata wants to show it off, even though it's done up in the stereotypical red and black colour scheme that gamers are supposed to love.

The heatsink is this drive's biggest selling point, and most studies show that M.2 SSDs do benefit from any form of cooling. Adata claims that this SSD runs a full 10 degrees Celsius cooler than it would otherwise. However, many motherboard manufacturers these days build heatsinks onto their M.2 slots, especially on high-end models. If you have such a board, you might have to somehow detach the heatsink, choose a naked M.2 drive, or take your SSD apart - and you might not easily be able to tell which course of action is better. There's also the potential issue of SSD height in some small-form-factor PCs, or if M.2 slots are positioned in a tight spot.

Of course, Adata had looks in mind when designing the Gammix S10, and the heatsink is black in the middle with dull metallic red stripes on either side. It could look right at home in many gamers' builds quite easily, especially because Adata sells matching XPG Gammix D10 RAM sticks. It even looked quite nice in contrast against our test platform's white MSI X370 XPower Gaming motherboard. If you care about looks though, you should know that the XPG logo is printed upside down relative to how M.2 slots are oriented on nearly all motherboards. If we were building a new PC with a huge side window and lots of lighting, this would drive us nuts.

According to the labels on the box and on the drive itself, the Gammix S10 is the same as Adata's XPG SX7000 SSD. A quick scan of both drives' specifications tells us that the two do have identical characteristics - the only difference is that the latter has no heatsink. This is interesting because the SX7000 is on the lower end of Adata's range.

The Gammix S10 uses 3D-stacked TLC flash memory which is common for mass-market SSDs, and an unspecified Silicon Motion controller. It uses the standard four lanes of PCIe bandwidth. Performance is rated at 1800MBps for reads and 850MBps for writes, which are a little lower than what other PCIe SSDs such as the WD Black and Kingston KC1000 advertise. According to Adata, this drive's endurance is 2,000,000 hours, which is impressive by consumer SSD standards. That's backed up by a class-leading five-year warranty. 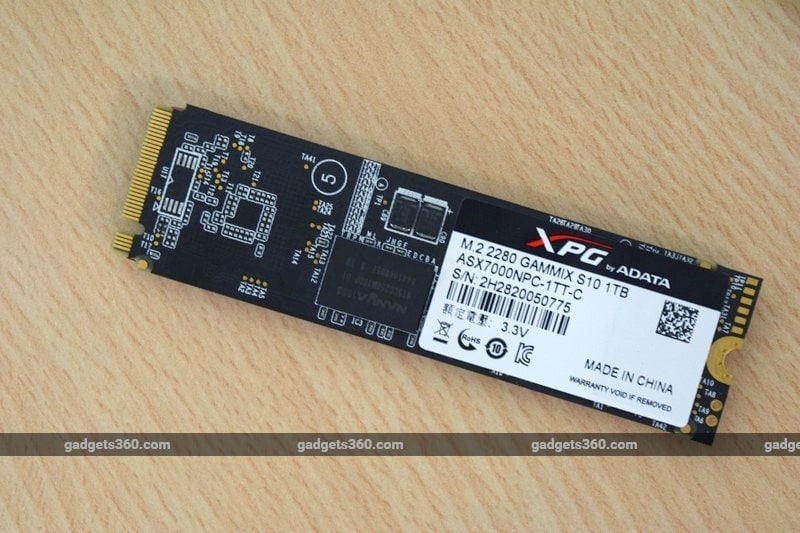 Windows detected the Gammix S10 instantly (and all our diagnostic tools confirmed that this is indeed a rebranded XPG SX7000). Our 1TB review unit was reported to have a capacity of 953.87GB. Starting with SiSoft SANDRA, we recorded 1.1GBps sequential reads which is far below Adata's claimed speed, but 800.3MBps sequential writes which is only slightly less. These scores are somewhat lower than those of the WD Black PCIe SSD.

CrystalDiskMark showed scores of 1153MBps and 825MBps respectively for sequential reads and writes using a queue depth of 32, which saturates the SSD's bandwidth to show peak performance. Random read and write speeds at the same queue depth came to just 388.8MBps and 342.3MBps respectively. This is a better representation of real-world use, but the thing to note here is that this performance is much lower than that of most PCIe SSDs. The Gammix S10 doesn't even perform as well as the WD Black PCIe. It's more in line with SATA SSDs we've tested before, such as the WD Blue and Kingston A400.

This comes as a surprise - the Gammix S10 breaks the mould and proves that when you buy a PCIe SSD, you can't just assume that performance is going to be superior. This SSD is not bad by any means, but it isn't what you might be expecting. 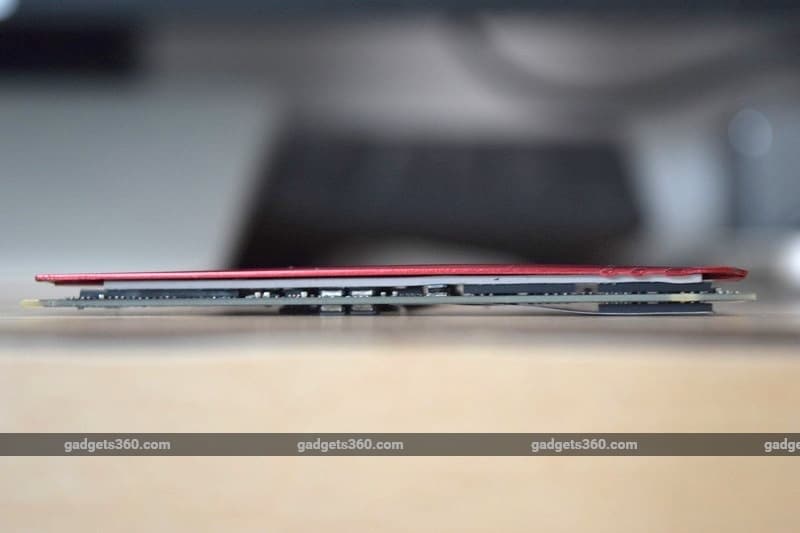 Verdict
The pricing of the Gammix S10 says a lot about its positioning. The 128GB model sells for around Rs. 5,600, while the 1TB unit that we've reviewed would cost roughly Rs. 29,600 on the street. This is only a little less at each capacity level than the Samsung SSD 960 Evo series, which is rated for exactly double the peak read and write performance. Pricing also just a hair lower than the WD Black PCIe, which posted slightly better scores in all our tests.

While the Gammix S10 might be one of the lowest priced PCIe SSDs we've ever encountered and the heatsink is certainly a welcome touch, its performance does not make it a great value proposition. If you've never used as SSD before you'd be happy with the speeds. However, in that case, you'd still get better value by buying a more affordable SATA SSD.

iMac Pro Now Available in India, Priced at Rs. 4,15,000
Samsung NEXT Invests in HealthifyMe, Marking Its First Investment in India

product The Adata XPG Gammix S10 is a PCIe M.2 SSD with a bright red heatsink, but is it just for show or is there a performance beast lurking underneath? 3 out of 5 stars