The Most Interesting Things at Computex 2017 Were the Chairs

Every June, we discover one or two big trends at Computex, the world's biggest trade show for the PC and component manufacturing industry. One year it was netbooks, another it was digital photo frames and more recently it was power banks. When any one product looks like it has any chance of becoming a profit-maker, nearly every brand jumps on board and tries to push its own versions of that product - even when it means a big departure from their core businesses. It's almost like a sport, and the winners get to divide a small market among themselves while the rest fade away. Of course, sometimes the product category itself might turn out to be a dud, or just short-lived - like digital photo frames.

Last year, we noted that Computex had a distinct lack of imagination and an overall sense of depression. There was just very little to get excited about. Intel and AMD had both failed to meet the timeframe for a new product generation, and the ecosystem couldn't even fall back on the usual flashy motherboard and PC component refreshes. We noted the sheer number of brands giving VR demos using older hardware - essentially showing off Vive and Oculus products; not even their own.

Things were supposed to be different this time. Even before the world's tech journalists stepped onto our planes to Taipei, we all knew that both Intel and AMD would announce new high-end desktop platforms - the Core X-series and Ryzen Threadripper respectively - and it really should have been a bustling show. While not exactly mainstream, these parts are much more powerful than last year's, and top-end hardware always gets the five-star treatment. There's no shortage of people willing to pay huge amounts for flashy components, and they definitely look good on the show floor. Unfortunately, both companies treated the show as a PR opportunity, making announcements at private events but not actually demonstrating products that are ready to ship. Asus, Gigabyte, MSI, and ASRock had a few motherboards, but we couldn't see them in action. People were left with more questions than answers, and all we've been told is that we have to hang on till the CPUs launch. And with that party over before it could even begin, we were left searching for anything else to get excited about. There was the same amount of handshaking and the same grand shows of appreciation by American and European companies for their Chinese and Taiwanese partners, but actual consumer products weren't the focus. We attended over ten press events, met dozens of major companies and poked into hundreds of booths, and found only one thing that could be considered a trend: gaming chairs.

Yes, that's right. Chairs. Very nice ones, but chairs nonetheless. Corsair, HyperX, Bitfenix and Thermaltake are some of the better known names, but there were plenty more: Gamdias, Vertagear, Cougar, Aerocool, AKRacing and DXRacer, to name just a few. Entire booths were dedicated to these chairs, all styled to fit roughly the same sports car theme, and all priced at around US$ 300-500 (approximately Rs. 19,200-32,150). Some had special wheels and some had matching footstools; some could recline to almost 180 degrees and some were certified to be compliant with legal standards for ergonomics. For journalists racking up over 12,000 steps per day on the show floor with laptops and camera equipment on their backs, the chance to try out these chairs was more than welcome - but it says a lot about the PC industry if this is the most interesting new thing that everyone can come up with. Maybe next year we'll see some with RGB LEDs.

And the problems with the show are bigger than even that. There's also a definite shift away from the Computex of previous years, when hundreds of small Chinese manufacturers would set up booths to show off everything from pen drives to laptops, sold by the hundred and ready for anyone in any country to slap their labels on. There weren't as many accessory makers, component suppliers, or vendors of fun little doodads. For the second time, one entire hall of the Taipei World Trade Center laid unused, and one was converted into a conference venue for startups. 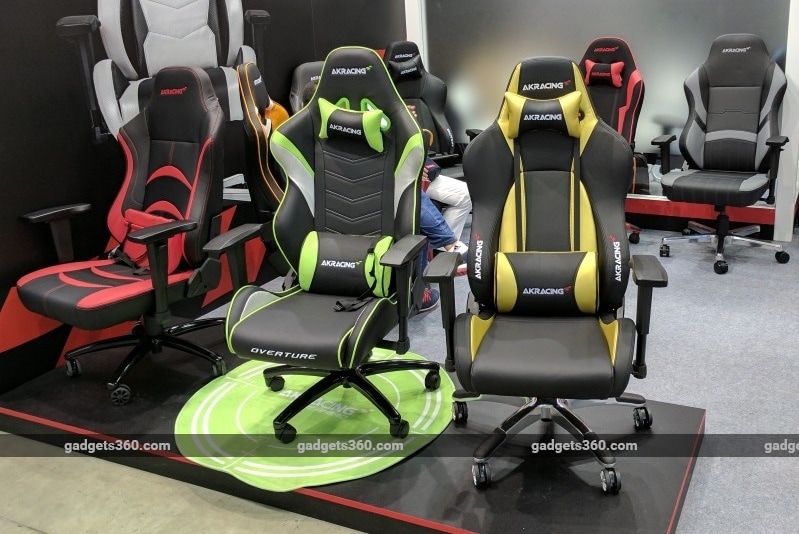 The big companies are also moving away from trade shows in favour of hosting their own small events scattered throughout the year. This helps them break away from enforced deadlines and makes sure everyone's focus is on them alone, but leaves a conspicuous vacuum.

Asus traditionally holds the most extravagant press conference, with dozens of new products announced over two or more hours. There's also always been a showstopper - something wildly impractical that might not even make it to market, but makes for some great press, like the Padfone, Taichi, Transformer Book Trio, and last year's Zenbo robot. This time, CEO and President Jonney Shih wrapped up his presentation is under 40 minutes after unveiling only a handful of new laptops, a smartphone that we already saw at CES this year, and of all things, a router. On the PC components and gaming side, the only thing worth seeing was one laptop, the super-slim Zephyrus.

Intel used its opening keynote to go over a couple of well-worn talking points about the amount of data we're all going to generate over the next few years. The much-leaked Core X-series of high-performance desktop processors with up to 18 cores was confirmed but we have to wait till they are launched before we'll know more, and the Core i9 chips with 12 cores and up aren't coming anytime soon. AMD's press conference was also lacking in substance - we were given slightly more specific launch windows for Threadripper, Radeon Vega and Ryzen Mobile, and all the major PC brands were on hand to endorse Ryzen, but there were no demos and no specifications. Qualcomm and Microsoft jointly announced Snapdragon-based Windows 10 PCs, but only had a motherboard to show off under glass; no working units - this alone could well be next year's most explosive category. ARM only pushed out iterative updates to its Cortex and Mali lines. On the graphics front, both AMD and Nvidia had big consumer launches earlier this year, and it will be a while before next-gen Vega and Volta parts are ready to show off. 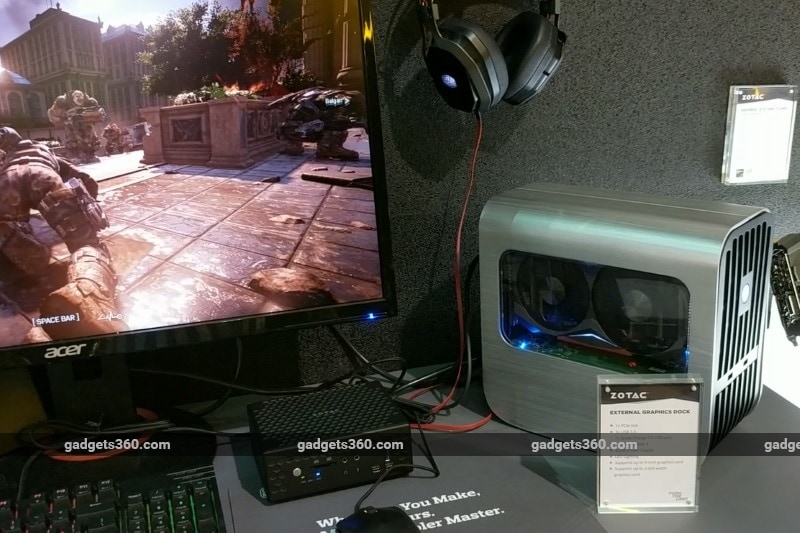 That isn't to say that it was all doom and gloom for the industry. Intel's Compute Card launch stood out as a bright spot - there's a lot of potential for cheap, modular units like this. It's a great way to show off Intel's current low-power capabilities, and this is the kind of thing that needs massive ecosystem support. Nvidia's Max-Q laptop announcement was also a pleasant surprise, more so that actual products including the aforementioned Zephyrus were clear evidence of it working. Microsoft gave demos of a prototype Hololens headset, and modders certainly had fun at the annual case mod contest. We were also pleased to see that USB Type-C and Thunderbolt 3 accessories were commonplace. We did see three or four companies showing off external Thunderbolt-based graphics card appliances; not enough to count as even a minor trend, but still a potential sign of a new hardware category that could take off in the future.

So yes, the show was low-key and is still struggling to find its feet in the post-PC world, but hopefully it is a sign that the industry is in the process of evolving. We don't need over-the-top displays and extravagant events; we need companies to focus their energies and come up with great things that people want to buy. There were still some neat products and loads of passionate people at Computex, and the lack of excitement doesn't mean that the industry is completely out of ideas. VR and IoT are exciting platforms without killer applications yet, and both spaces are ripe for exploitation. Computing power and Internet connectivity are reaching more and more people, at prices lower than ever before. We need a new killer purpose or product, or at least really good new versions of existing ones. And when we get them, we'll be able to enjoy them in our incredibly comfortable gaming chairs.

The Most Interesting Things at Computex 2017 Were the Chairs
Comment