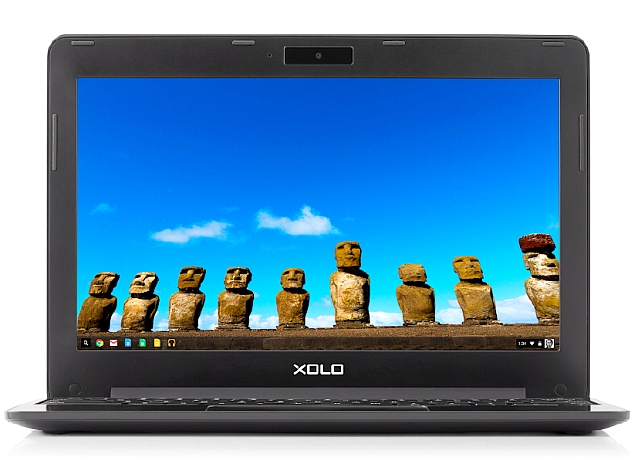 Xolo and Nexian on Friday at a Google India event launched their first Chromebook laptops in the country at a price tag of Rs. 12,999. While the Xolo Chromebook will arrive in the "next few days" on Snapdeal according to the firm, the Nexian Air Chromebook laptop is already available to buy from Amazon.

The Xolo Chromebook comes with 11.6-inch display of 1366x768 resolution with 200 nit brightness and is powered by a Rockchip 3288 quad-core processor with speeds up to 1.8GHz clubbed with ARM Mali 760 GPU and 2GB of RAM. Featuring 16GB eMMC storage, the laptop includes a 720p HD resolution webcam for recording videos and video chatting. Connectivity options on the Xolo Chromebook include two USB 2.0 ports, SD card reader, HDMI, Wi-Fi, and Bluetooth. Xolo claims that its Chromebook can run for up to 10 hours on a single charge. The laptop measures 290x205x17.9mm and weighs 1.15 kgs. 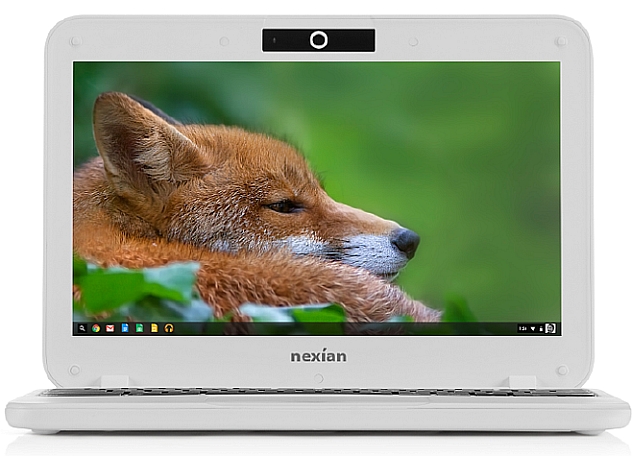 The Nexian Air Chromebook features nearly the same specifications as the Xolo Chromebook. According to its listing on Amazon, the laptop's Rockchip 3288 processor includes 4-cores and is clocked at 1.8GHz (Cortex A-17). The display resolution of the device is 1366x768 pixels. It measures 292x209x22.6mm, and weighs 1.25 kgs. While the profile is thick, the company claims the laptop is rugged and shock-resistant.

As per the listing the Nexian Air Chromebook is backed by a 4200mAh battery that is rated to give up to 8 hours of working time. In addition, both laptops come with 100GB of free Google Drive storage over the laptop's own 16GB of inbuilt space. Both the laptops come with Google's own suite of apps with features like video chatting with up to 9 users, accessing Gmail and Google Drive while staying offline and more.

Google India also launched the Chromebox for meetings package for Indian businesses, priced at Rs. 90,000. Google says Chromebox for meetings will ship with a Intel Core i7 CPU, an HD web, a combined microphone and speaker unit, and a remote control. This when combined with Google Apps for Business and Google Hangouts make it ideally suited for video-conferencing, as per Google.

The Mountain View giant also announced that in the coming months, new Chromebooks from Asus (including the Chromebook Flip and Chromebook C201) and Samsung will also be made available in India.

At the launch, Smita Hashim, Global Product Manager, Chrome OS said, "When we introduced Chromebooks four years ago, we wanted to build a laptop for the way people use computers today always fast, easy to use, and secure by default. Since launching Chromebooks in India, we've been working to ensure that Chromebooks work in an environment where connectivity can be spotty, and many people's first experiences with technology are through a phone rather than a laptop."