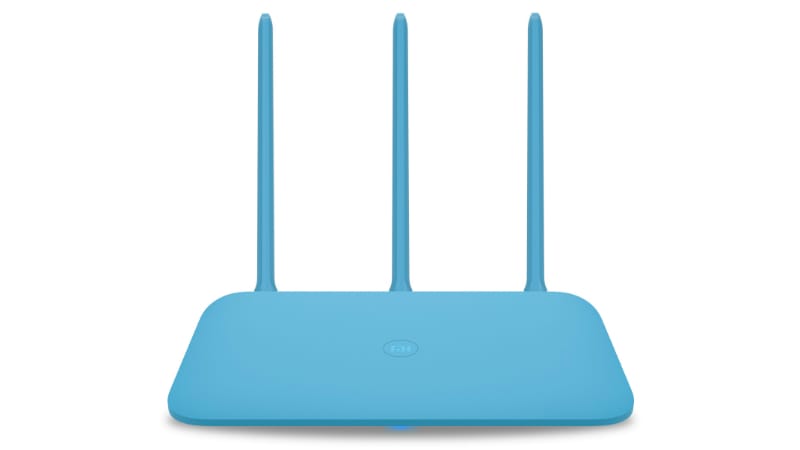 After releasing the Mi Router 4 in China back in May this year, Xiaomi has now gone ahead and quietly introduced the latest offering in its router lineup - Mi Router 4Q. Priced at CNY 89 (roughly Rs. 939) in the country, the Mi Router 4Q comes with support for single-band (2.4GHz) Wi-Fi 802.11 b/g/n, 3X3 MIMO technology, a Qualcomm QCA8561 processor, 64MB of DDR2 RAM and 16MB of NorFlash storage. It is be available in a Blue colour variant, and came be bought either via Xiaomi's official website or the Youpin portal. Pricing of the router on Youpin is CNY 99 (roughly Rs. 1,045).

There are three omni-directional antennas on the Mi Router 4Q that offer a maximum combined bandwidth of up to 450Mbps. It comes with a regular 5V/ 1A (5W) adapter, has an ambient temperature tolerance of 0-40 degrees celsius, a storage temperature tolerance of -40 to 70 degrees celsius, and offers WPA-PSK and WPA-PSK2. Dimensions of the Xiaomi Mi Router 4Q are 200x134.86x178.98mm and it supports apps on Android, iOS, and Web.

The MiNET button on the Mi Router 4Q offers fast access to Wi-Fi when connected with Xiaomi's range of smart home devices.

Previously, Xiaomi's fourth-generation in its router lineup - Mi Router 4 - was launched with features such as dual-band (2.4GHz/ 5GHz) Wi-Fi 802.11ac, an MT7621A MIPS- Dual Core 880MHz processor, 128MB NAND flash storage, and 128MB of DDR3 RAM. It has a four antenna setup and borrows design elements from its predecessor. The company had also launched its latest Roidmi car air purifier that comes with an OLED panel, a laser particle sensor, and an 80m3/h CADR particulate matter filtering capacity.