Xiaomi has launched several gaming products in its lineup, including a VR headset and a gaming smartphone, apart from the Mi Gaming Mouse. Now, the Chinese electronics manufacturer has unveiled two new mousepads called the Mi Mouse Pad and Mi Smart Mouse Pad. While the Xiaomi Mi Mouse Pad is aimed at gamers, the Mi Smart Mouse Pad comes with several other features, the standout ones being wireless charging support and RGB lighting effects. Both the handsets are currently available for sale in China and the prices start at CNY 49 (roughly Rs. 500). To recall, Xiaomi had launched two mousepads in India back in 2015, called Mi Mousepad and Mi Metal Mousepad.

The Mi Smart Mouse Pad, said to have won the German Dot Design Award in 2018, comes with a Qi Wireless Charging module. It can charge both compatible wireless mouse and a smartphone. According to Xiaomi, the mousepad has a charging efficiency of 75 percent. The mousepad comes with a temperature control technology that switches off the charging when a device is fully charged. Also, an inbuilt chip in the mousepad can recognise whether the device put on it is rechargeable. The company says the Mi Smart Mouse Pad can charge the Xiaomi Mi Mix 2S, one of the few smartphones from the company that supports the Qi wireless charging standard.

At the top-right corner of the Mi Smart Mouse Pad, an aluminium alloy knob to change the lighting mode is present. Users can rotate it to change the RGB light colours, with support for 16.8 million colours. Interestingly, it can be connected to a PC using Bluetooth, and then used to control its volume. Xiaomi says that the surface coating on the Mi Smart mouse pad gives users a smoother and more accurate surface. Also available is a TPU anti-slip mat with the mousepad. It measures 420x260mm. In terms of pricing, the Xiaomi Mi Smart Mouse Pad is available at CNY 259 (roughly Rs. 2,700). It can be purchased via Xiaomi's YouPin e-commerce site.

Coming to the Mi Mouse Pad, Xiaomi says the device has been designed for gamers. It has a surface coating that promises to improve sensor performance and mouse speed tracking. It comes with a suction cup design to avoid shaking during use. The mousepad measures 355x255x2.35mm and weighs 196 grams. 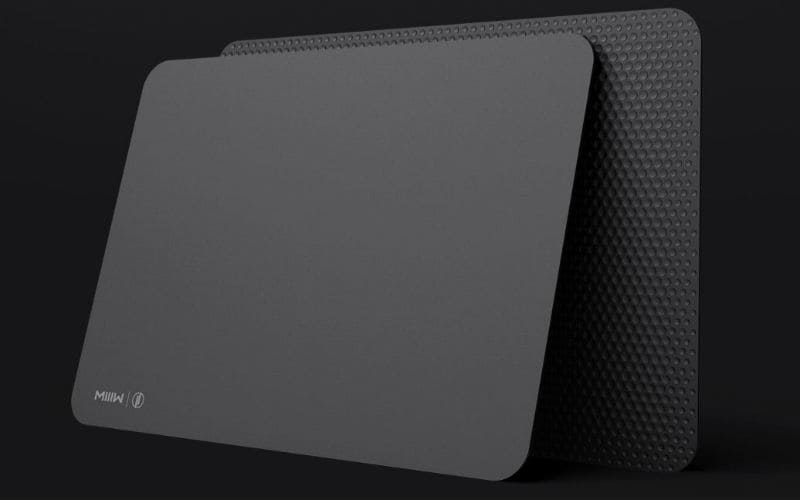 The Xiaomi Mi Mouse Pad is available for CNY 49 (roughly Rs. 500) and can also be purchased via Xiaomi YouPin site.