After witnessing two-quarters of decline, the global PC market grew 1.5 percent in the second quarter (Q2) of 2019, showed a preliminary report released by Gartner on Friday. IDC in its preliminary results, on the other hand, claims a growth of 4.7 percent year-over-year. Lenovo retained the top spot in Q2 2019 with the fastest year-over-year growth and the largest share gain among the top vendors, noted both research firms. 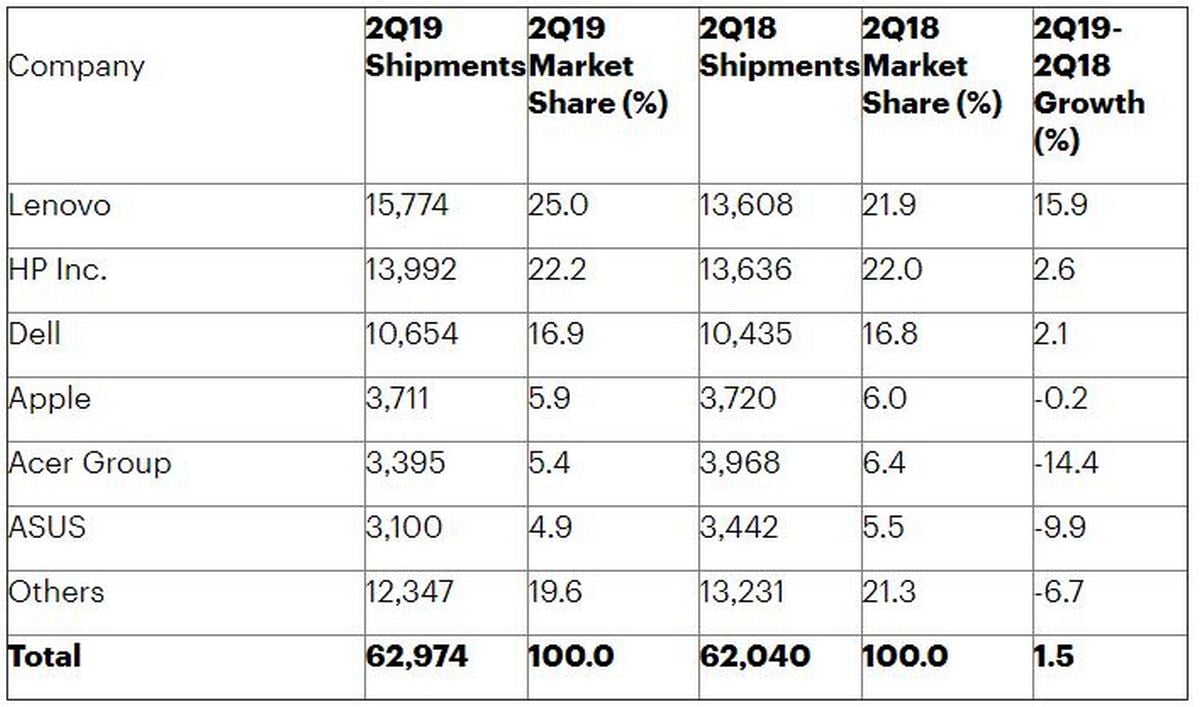 Gartner and IDC, however, painted widely contrasting picture for Apple's Mac desktop shipments in the second quarter (Q2) of 2019. IDC said Apple shipments were up 9.6 percent from an estimated 3.7 million units shipped over the same period in 2018 that puts the iPhone maker in fifth place with 6 percent share.

Whereas Gartner said Apple shipped 3.7 million Mac units in second quarter, down 0.2 percent year-over-year. According to Gartner, Apple obtained 5.9 percent of the global PC market - down from 6 percent in 2018.

"Worldwide PC shipments growth was driven by demand from the Windows 10 refresh in the business market in the Q2 of 2019. Desktop PC growth was strong, which offset a decline in mobile PC shipments," Mikako Kitagawa, Senior Principal Analyst at Gartner, said in a statement. 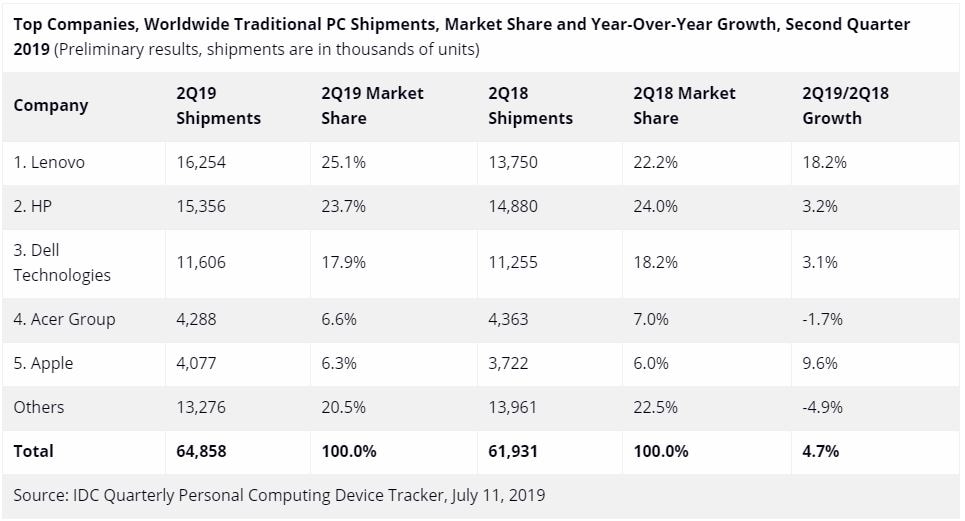 "Supply for Intel's processors improved markedly during the quarter, allowing most PC vendors to fulfill old orders while also shipping a healthy supply of new PCs into the channels," said Jitesh Ubrani, research manager for IDC's Mobile Device Trackers, in a statement. "Additionally, the threat of increased tariffs led some PC makers to ship a surplus of desktops and notebooks, thereby artificially propping up the PC market during the second quarter."

The ongoing trade dispute, and the potential imposition of tariffs, adds uncertainty to the near-term outlook for PC demand.

The top three vendors continued to gain share in the PC market taking advantage of economies of scale. Intel's CPU supply shortage in the first half of the year accelerated this trend.

"While the US-China trade war did not impact the PC market in the Q2 of 2019, the next phase of tariffs could have a significant impact.

"Most laptops and tablets are currently manufactured in China and sales of these devices in the US could face significant price increases if the punitive tariffs are imposed and vendors do not take quick action to respond," added Kitagawa.