Microsoft has finally updated its simple yet useful Notepad app for Windows with a feature that was missing for more than three decades - specifically after Windows 1.0 debuted along with Notepad back in 1985. This new change is none other than the extended line endings support that helps you correctly view text files created in Unix, Linux, and macOS right on the default Notepad app. It is a part of the current Windows 10 Insider build and is likely to debut on the next Windows public release.

Prior to the latest change, Windows Notepad was supporting only those text documents that had Windows End of Line (EOL) characters, particularly Carriage Return (CR \r, 0x0d) and Line Feed (LF, \n, 0x0a). This doesn't mean that Notepad users weren't able to open text files created on a Unix, Linux, or macOS machine. It did open text documents created in Unix, Linux, and macOS, but in an incorrect format. "This has been a major annoyance for developers, IT Pros, administrators, and end users throughout the community," acknowledged Microsoft's Senior Program Manager Michel Lopez in a blog post. 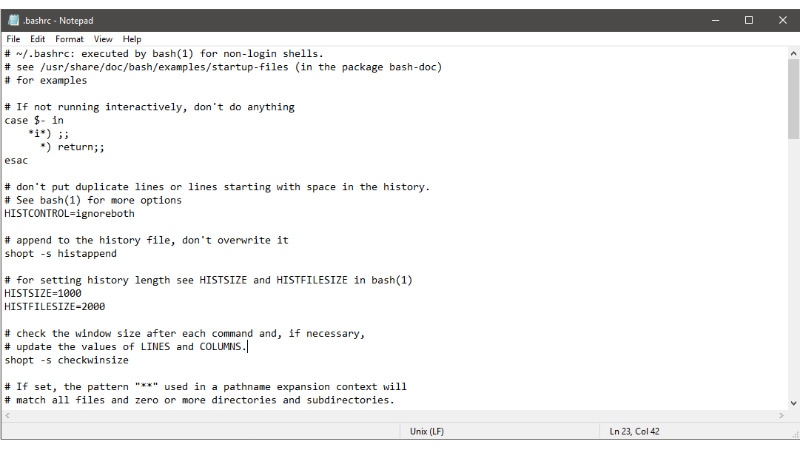 Pro users can opt out of the new behaviour and switch back to the original line ending support by making a registry key change.

Further reading: Windows Notepad, Windows 10, Microsoft, Line Endings, Linux, Unix, macOS
Jagmeet Singh Email Jagmeet Jagmeet Singh writes about consumer technology for Gadgets 360, out of New Delhi. Jagmeet is a senior reporter for Gadgets 360, and has frequently written about apps, computer security, Internet services, and telecom developments. Jagmeet is available on Twitter at @JagmeetS13 or Email at jagmeets@ndtv.com. Please send in your leads and tips. More
Uber Shows Off Its Vision for Future 'Flying Taxi'
Fortnite Will Not Get Avengers Skins: Epic Games