Microsoft on Friday released a new build (15019) of its Windows 10 Insider Preview with several new features such as Beam built-in streaming app, a new game section in settings, a dedicated Game Mode, improved full-screen support for Windows Game bar, ability for Edge browser to read aloud e-books, and more. The new build importantly shows the download progress for apps and games from Windows Store in the Action Center.

It seems like Microsoft is focusing on gamers with its recent changes to the platform and the newly-introduced dedicated section for gaming in settings and the 'Game Mode' further show company's inclination toward gaming community. The new gaming section in settings consists of options regarding Game bar, GameDVR, Game Mode, and broadcasting and streaming.

"Not all elements of this section will be visible in today's Windows Insider build, but we'll continue to develop and deploy Gaming settings over time," Dona Sarkar, software engineer in Microsoft's Windows and Devices Group, said in a blog post. 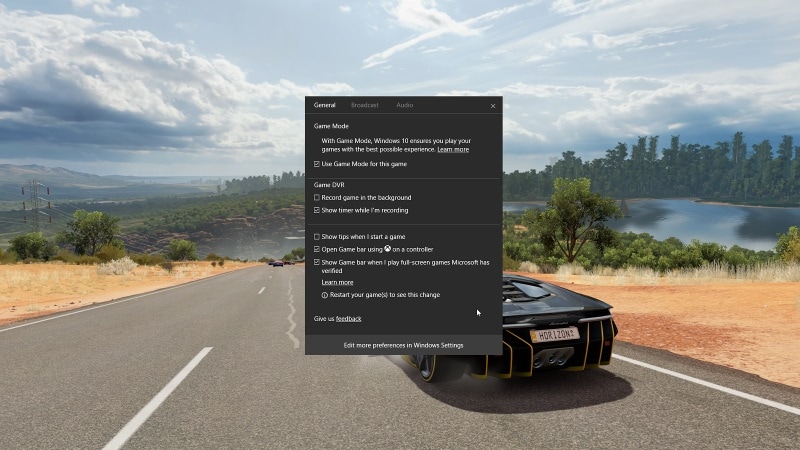 This build comes with 'Game Mode' that aims to optimise the user's PC for improvement in gaming performance. "To enable Game Mode, go to Settings > Gaming > Game Mode toggle the feature on. Doing this will give you the ability to enable the feature for each UWP and Win32 title you play by pulling up the Game bar (Windows + G) and the clicking the Settings button," Sarkar said. From Game bar, users can choose the games that will be able to make use of Game Mode.

Microsoft has admitted that this new build comes with certain platform related bugs that will impact users' "ability to play popular games" on their PC but it says that it has still decided to roll out the build to get customer feedback on the changes it is about to introduce. The company has further clarified that the issues are not related to the new gaming features such as 'Game Mode'.

Interestingly, the new build adds a 'read aloud' feature (at the top-right of the screen) that allows Microsoft Edge browser to read aloud your ebooks. Apart from this, it brings along changes to the Blue Light feature, which is now called 'Night Light' in order to better depict its functionality, as per the company. Microsoft claims that the company has made some improvements in the range of color temperatures in the night light feature as well.

You can find the entire list of features and changes that the latest build brings along over on the company's blog post.