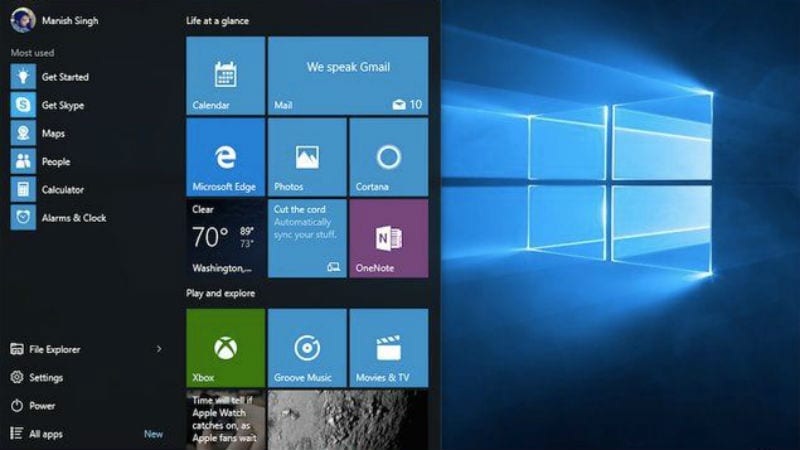 Windows 10 might finally be the most popular version of Windows out there. As per web analytics firm StatCounter, Windows 10 received 42.78 percent of the desktop market, finally edging out 8-year-old Windows 7, which scored 41.86 percent. Interestingly, in India Windows 7 continues to be in the lead with 59.38 percent marketshare according to StatCounter, while Windows 10 stands at just 17.19 percent.

Microsoft Windows 10 has managed to reach the milestone more than two years after it was launched. The reported figures show Windows 10 saw an increase of 1.09 percent compared to December last year when it had a market share of 41.69 percent. At the same time, Windows 7 lost 0.03 percentage points.

In the future, the gap would grow as Windows 7 is slowly becoming obsolete especially since Microsoft pulled mainstream support for the OS. However, Windows 7 users will keep getting security updates till 2020.

Interestingly, one year ago, in January 2017, the difference was quite big and Windows 7 was the clear winner with 47.46 percent market share. In comparison, Windows 10 had managed 32.84 percent by then.

As for the other versions of Windows, currently, they are all flatlining under 10 percent. Windows 8.1 is the third most popular version of Windows with an overall share of just 8.72 percent. Other than that Windows XP has a 3.36 percent market share. Additionally, even Windows Vista, with a 0.74 percent share, is clinging on with some users.

It's worth pointing out that StatCounter Global Stats data is based on visits to websites running StatCounter's code, and don't necessarily reflect the Windows install base. According to Netmarketshare, for example, Windows 10 is still well behind Windows 7.

Microsoft in November last year had announced that Windows 10 was running on more than 600 million active devices. The list of devices includes desktops, tablets, Xbox One consoles, HoloLens headsets, and Surface Hub devices, in addition to some dated, Windows 10 Mobile-based smartphones. The number was well short of the original aim of having billion users by 2018.

Chrome OS 64 Announced With New Screenshot Feature, Android App Optimisations, and More
Bigbasket Says It Has Raised $300 Million in a Round Led by China's Alibaba