While the new Optional updates experience has started rolling out, it will take time to reach all users. 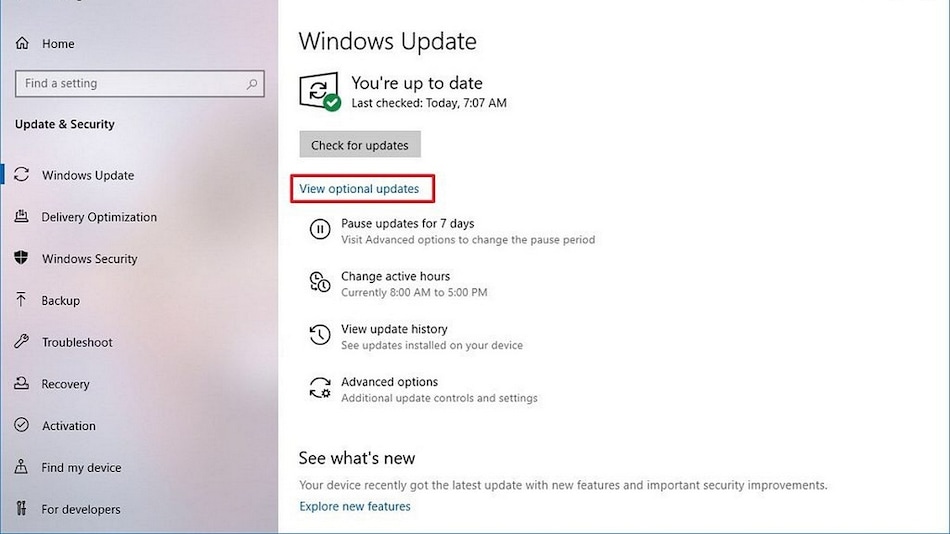 Microsoft has rolled out its Windows 10 Optional updates experience that will allow user to select and choose non-critical Windows updates for installation. Microsoft intends to improve the update experience for its Windows 10 users and developers/ manufacturers with the latest move. The latter will now have an option to set their drivers to ‘Automatic' or ‘Manual'. This will give users an option to ignore a particular update installation be it drivers, patches, and non-security updates.

As reported by Windows Latest, many hardware driver updates will still be installed automatically but the ones that are not, will be shown in the Optional updates page. This will allow customers to know what is included in the updates. The updates that will mainly show up in the Optional updates section include drivers for your keyboard, mouse, graphics, and other devices. These updates are essentially the ones that are not required for the core functioning of Windows and the decision to install them will also be up to the customers.

Microsoft says this will “enable our collective customers to get the highest quality, and most reliable drivers faster and with less friction.” These changes are live but will not be available for all users. Microsoft is likely rolling out the new option in batches and it might take a few days for it to appear for everyone. Bleepingcomputer states that this feature is not visible in Windows 10 1909.

According to the report, if a developer marks a driver as ‘Automatic', it will be part of the regular Windows Update experience that automatically downloads and installs the update. If the driver has been marked as ‘Manual', it will be included in the new Optional updates interface.

A previous report stated that Microsoft has been working on this feature for a while now and in September 2019, they announced that they will be bringing back an optional updates screen in spring 2020. This feature was available on Windows 7 but with the release of Windows 10, Microsoft started to bundle all the updates together.