Windows 10 May 2020 Update Is Out With Upgraded Notepad, Wi-Fi 6 Support, and Much More

Windows 10 May 2020 update has been released by Microsoft as the latest bi-annual software update for Windows PCs with new features and enhancements. The new update, which is also known as the 20H1 update and version 2004, brings an upgraded Notepad and includes various memory improvements for Microsoft Edge. There are also updates to the Cortana digital assistant and accessibility improvements. Further, the latest Windows 10 update comes with support for Wi-Fi 6 and Wi-Fi Protected Access 3 (WPA3) to deliver an enhanced wireless connectivity along with added security.

One of the major changes that the Windows 10 May 2020 update brings is the upgraded Notepad that will show you an asterisk sign in the title bar when your document contains unsaved changes. You'll also get quick text zooming and an updated find/ replace function that will place the highlighted text automatically in the text box.

The new Windows 10 update also includes the second-generation Windows Subsystem for Linux (WSL) that will bring improvements to the performance of the subsystem and carry a custom-built Linux kernel. Microsoft initially announced WSL 2 in May last year.

Microsoft has also offered an easier and faster pair experience for your Bluetooth devices. Additionally, there are additional kaomoji characters that you can access from the Windows emoji keyboard or by pressing the Windows key along with the period key. The Windows 10 update also lets you customise the names of your virtual desktops instead of using their default “Desktop 1” and “Desktop 2” names.

Further, the new Windows 10 update brings memory improvements to Microsoft Edge. The company claims that its early internal testing results of devices running the latest update showed a memory usage reduction of up to 27 percent when browsing on the Edge browser.

“Individual device performance will vary based upon configuration and usage, but the lower memory usage could provide a better device experience because more memory would be available for apps to use,” Microsoft's General Manager for Windows Marketing Aaron Woodman noted in a blog post.

There is also an option to keep the Calculator app on top of other apps. The May 2020 update also brings the Your Phone app's Calls feature to ARM supported PCs. You'll also notice that Windows Magnifier will now be able to keep the text cursor in the centre of the screen. Furthermore, Microsoft has also brought some other accessibility improvements as well.

For improved wireless connectivity, the Windows 10 May 2020 update brings support for Wi-Fi 6 and WPA3. The new addition works only with the devices that support the latest Wi-Fi and WPA standards. Also, your router and PC need to support Wi-Fi 6 to enable the new experience.

Dedicated Cortana app
Apart from offering a host of new features, Microsoft has provided a dedicated Cortana app with the Windows 10 May 2020 update. There is a new chat-based UI that allows you to interact with the digital assistant using typed or spoken “natural language” queries. You can leverage the new change to ask Cortana to check your schedule or set reminders using text or voice commands. The update comes is initially limited to the US users with the latest Windows 10 update.

The experience you'll get through the app will be unlike how you access Cortana through the Start menu or the taskbar on your Windows PC. It is, in fact, just like any other program and works in a new window that can be resized or moved. 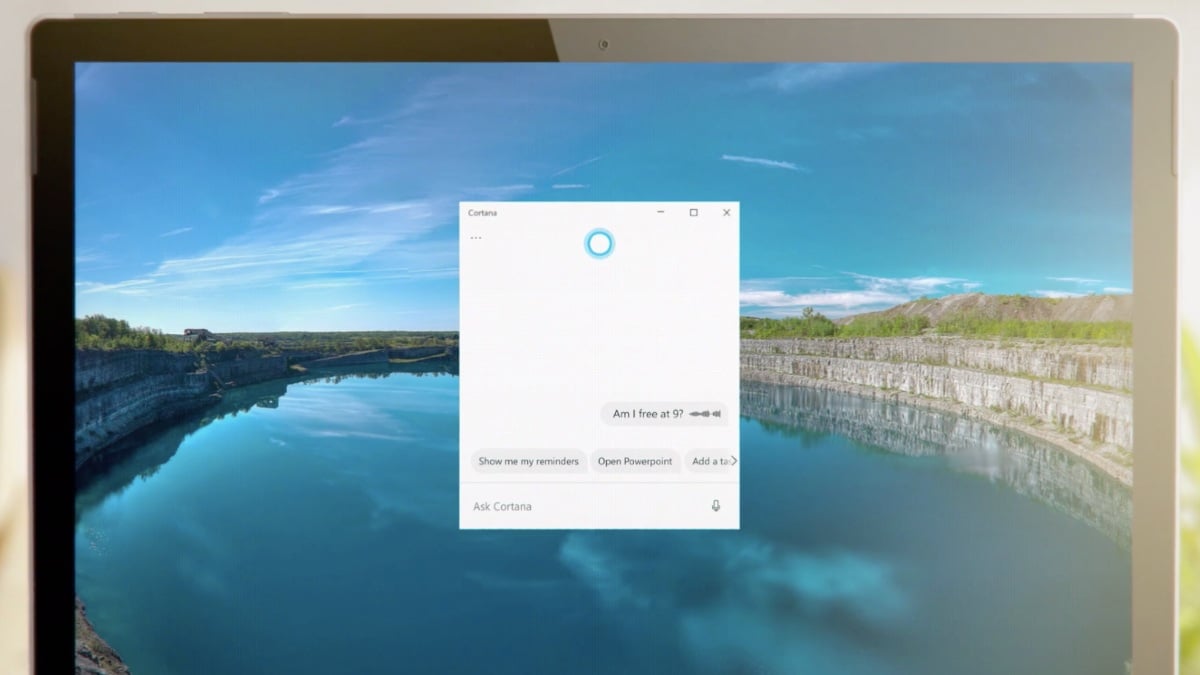 Microsoft also has plans to enhance the experience and bring support for wake word invocation to the new Cortana app through regular app updates via the Microsoft Store in the coming months. You can also expect productivity capabilities such as showing relevant emails and documents and expanded support for international users in the future.

That being said, the new experience that comes alongside the latest Windows 10 update is limited to Cortana and doesn't include Alexa, though Amazon and Microsoft partnered back in August 2017 to make Cortana and Alexa work together. It's likely that the Redmond giant would bring Alexa support to its Cortana app in the future.

How to get the new Windows 10 update on your PC

Microsoft is initially releasing Windows 10 May 2020 update aka the 20H1 and version 2004 for users that are running Windows 10 versions 1903 and 1909. To download the update, you need to go to Settings > Update & Security > Windows Update and then select Check for updates. You will get the Download and install button on the screen once the update appears for your system.

“You may not see Download and install on your device as we are slowly throttling up this availability over the coming weeks, or your device might have a compatibility issue for which a safeguard hold is in place until we are confident that you will have a good update experience,” John Cable, Director of Program Management, Windows Servicing and Delivery, Microsoft, said in a blog post.

Windows 10 May 2020 Update Is Out With Upgraded Notepad, Wi-Fi 6 Support, and Much More
Comment