Microsoft has released a new Windows 10 Insider Preview build that finally brings SwiftKey, the popular mobile keyboard app it had acquired back in February 2016, to Windows 10. The SwiftKey app uses artificial intelligence (AI) to offer text prediction and enables on-screen typing through gestures. Alongside bringing the new Redstone 5 Windows 10 preview, Microsoft revealed that by leveraging AI at scale, it's been able to make Windows 10 April 2018 Update the fastest update to hit over 250 million machines all around the globe. The update debuted on April 30 with features such as Timeline, Focus Assist, and Dictation. The company is notably deploying AI to offer a faster update experience than before. Separately, Microsoft is tweaking the Xbox app that comes preloaded on Windows 10 to enhance the gaming experience on PCs.

The Windows 10 Insider Preview Build 17692 (RS5), amongst other developments, includes the SwiftKey keyboard that will now power the typing experience on Windows tablets. It provides support for a bunch of languages, including English (US and UK), French, German, Italian, Spanish, Portuguese, and Russian. Similar to its mobile counterparts, SwiftKey on Windows includes features such as autocorrect and word predictions. The new integration is currently limited to tablets running the latest Windows 10 Preview. Nevertheless, it is expected to reach Windows 10 publicly sometime later this year. 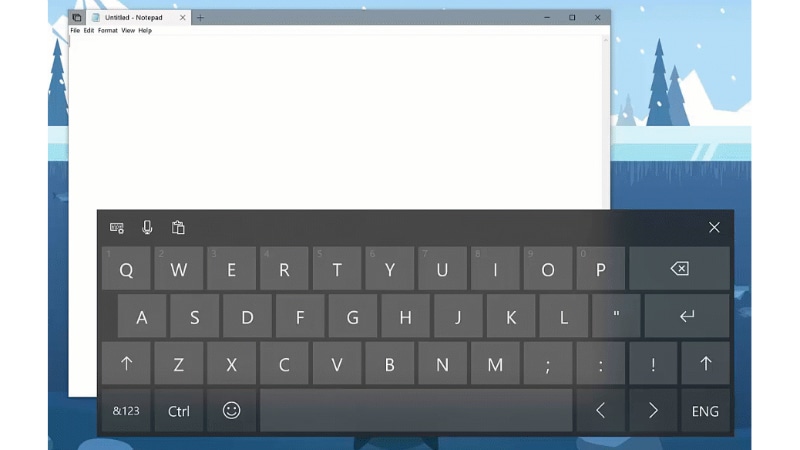 In addition to SwiftKey keyboard, the new Preview build brings improvements to Windows 10 Game bar. There is a new option to visualise a game's framerate (FPS), CPU usage, GPU VRAM usage, and system RAM usage. Similarly, the updated Game bar comes with audio controls to let you change your default audio output device or even mute or adjust the volume of games and apps running.

Gaming users on the new Windows 10 Preview build will also be able to see improvements on the Game Mode that includes new options to uplift the gaming experience on desktop PCs. Similarly, there is a 'Dedicate resources' option in the Game bar that gamers can toggle to improve the performance on their PCs when running many background processes.

For general Windows Insider Preview members, the latest Windows 10 Insider Preview has an improved search experience that makes it easier to find official download pages for Windows software simply by passing search queries. There are tweaks to magnify the text in Windows apps to new levels. A new settings slider is available that you can access by going to Settings > Ease of Access > Display to adjust the text size across Windows, win32 desktop apps, and Universal Windows App (UWA) apps. This makes the text bigger in Start menu, File Explorer, and Settings among others. 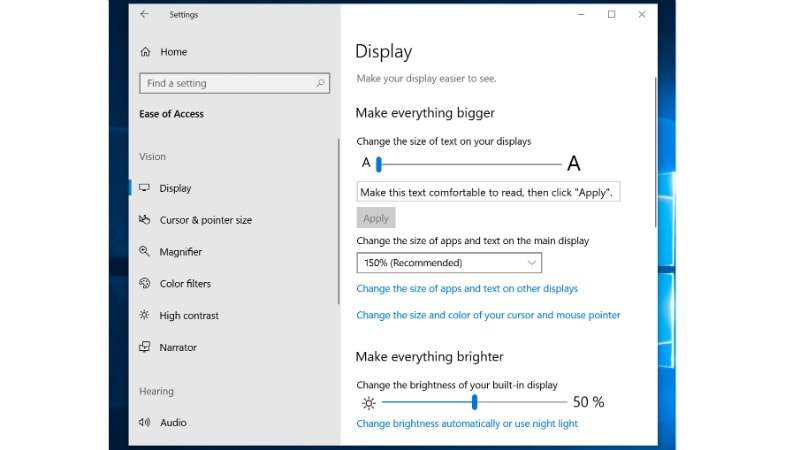 The Windows 10 Insider Preview Build 17692 is available to Windows Insiders in the Fast ring as well as Skip Ahead.

Alongside releasing the new Windows 10 Preview build, Microsoft has revealed that thanks to its AI-based approach, the April 2018 Update reached over 250 million machines. The company also highlighted that it is seeing higher satisfaction numbers, fewer known issues, and lower support call volumes compared to previous Windows 10 releases. The AI approach enables Microsoft servers to intelligently select devices for the update by using the feedback data that indicates which devices would have a great update experience.

The record of pushing the newest public update to over 250 million machines is indeed quite impressive when compared with over 600 million Windows 10 devices in total as of November 2017. Moreover, the Fall Creators Update that was released in October last year previously became the fastest to reach 100 million devices.

"Our AI approach has enabled us to quickly spot issues during deployment of a feature update, and as a result has also allowed us to go faster responsibly," said John Cable, Director of Program Management, Windows Servicing and Delivery, in a blog post.

The AI approach kicked off with a pilot programme during the Windows 10 Fall Creators Update rollout. However, Microsoft said it "substantially expanded the scale of AI by using its AI model for the April 2018 Update rollout and enabled it to teach the system how to identify the best target devices based on our extensive listening systems."

"When our AI model, feedback or telemetry data indicate that there may be an issue, we quickly adjust and prevent affected devices from being offered the update until we thoroughly investigate. Once issues are resolved we proceed again with confidence. This allows us to throttle the update rollout to customers without them needing to take any action," said Cable.

Microsoft previously relied on feedback and telemetry data to identify potential issues with updates. But with advanced deployments, the company is now using its AI model as a third indicator of potential issues.

Apart from highlighting the role of AI in pushing updates at a faster pace, Microsoft claimed that its internal customer support teams are seeing a continued reduction in call and online support requests for Windows 10 with the April 2018 Update. Similar is the case with OEMs as they also continue to experience a reduction in monthly customer support volumes with the latest update, the company said.

Microsoft also stated that the Windows 10 April 2018 Update is now fully available for all eligible devices running Windows 10 worldwide. This means you can get the latest experience on your Windows 10 devices by following certain simple steps. Importantly, it took less than two months for the Windows team to make the new update available for the masses. This is less than the three months time for the mass-level availability of the Fall Creators Update.

In a separate development, it has been revealed that Microsoft is reworking on the Xbox app for Windows 10 to enhance the experience for PC gamers. "I'd say our early work in... Xbox Live stuff for Windows was well-intentioned, but anybody that's a PC gamer (I play a lot of PC games myself) saw this kind of imposter console work coming over," said Microsoft's Executive President of Gaming Phil Spencer during a Q&A session at E3 earlier this week while responding to a question on the fix for the PC gaming experience.

As The Verge reports, Spencer also highlighted that efforts like Discord and Xbox Live integration come as an example of "recognising infrastructure that exists on the PC side, apps that exist, and services that exist and try to be inclusive of the things PC gamers are about."

Microsoft hasn't updated its Xbox app on Windows 10 for a long time. However, considering Spencer's words, the company has some plans to give a boost to the PC gaming by tweaking the dedicated app soon.