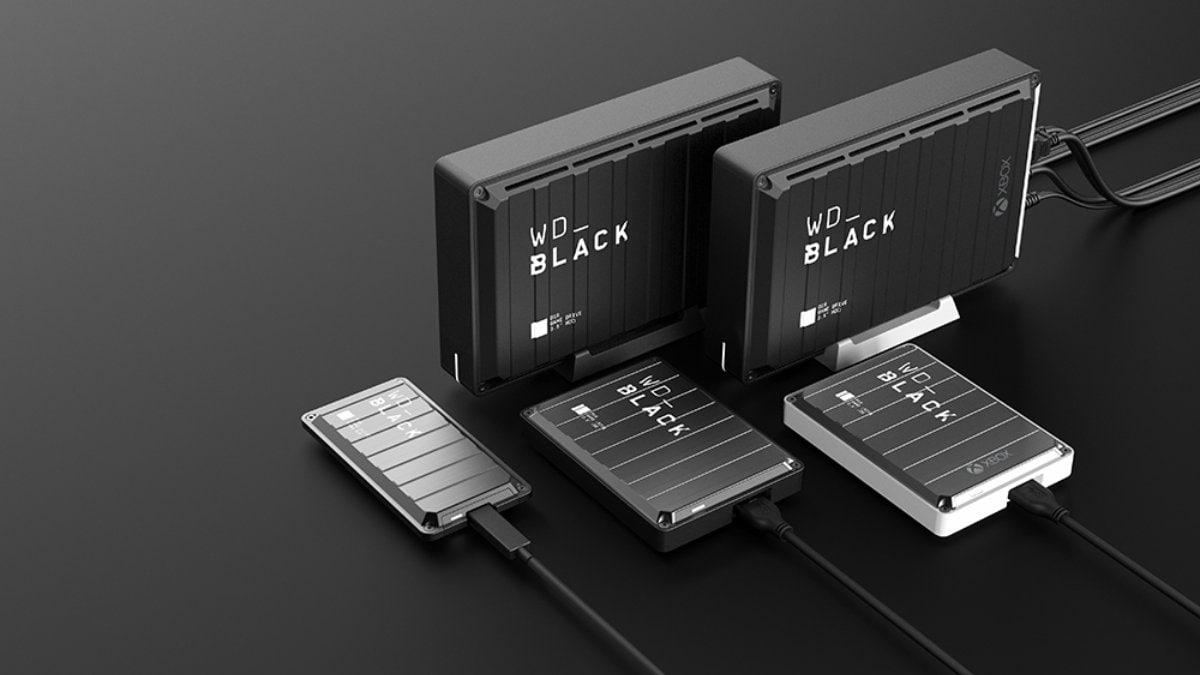 Western Digital has expanded its WD Black product line to encompass a variety of gaming-related storage devices including external desktop and portable hard drives and a new portable SSD. The hard drives will also be available in variants marketed especially for Xbox One users, which will come with limited-time Xbox Game Pass Ultimate subscriptions. The new products were unveiled at the ongoing Gamescom 2019 exhibition in Germany. Five new devices in total have been unveiled, with multiple storage options available for each. Some of the new products are available immediately in some countries, while others will go on sale before the end of this year.

Building on the existing WD Black SN750 SSD, the new WD Black P50 Game Drive SSD announced at Gamescom 2019 is a portable external SSD available in 500GB, 1TB and 2TB capacities. The company says it is the first such product to feature USB 3.2 Gen2 2x2 (20Gbps) connectivity and offers read speeds of up to 2000MBps. Gamers can have large libraries and still not have to wait through long loading screens. This SSD boasts of a five-year warranty and pricing has not yet been announced.