Western Digital Said to Be in Advanced Talks to Acquire SanDisk 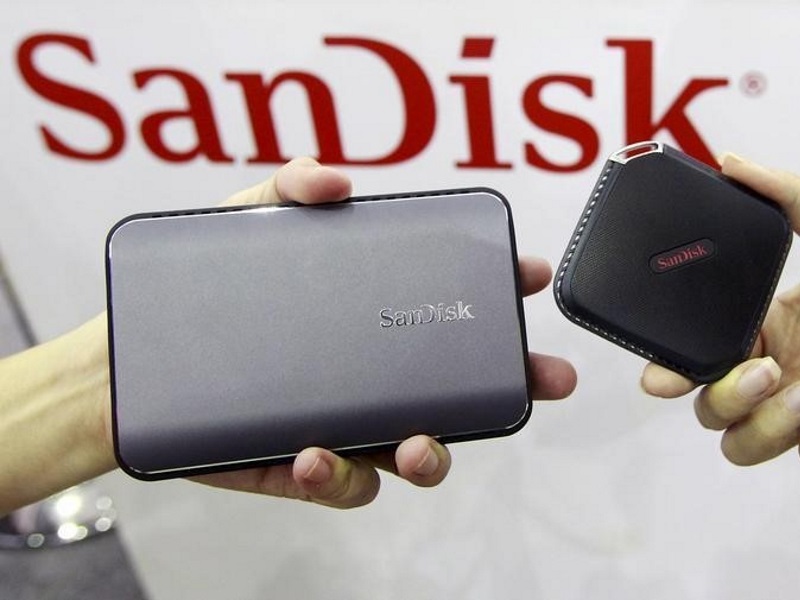 Hard disk drive maker Western Digital Corp is in advanced talks to acquire memory chipmaker SanDisk Corp, people familiar with the matter said on Monday, as a frenzy of dealmaking in the semiconductor sector continued.

Western Digital has so far prevailed over other suitors for SanDisk, which has a market capitalisation of $14.6 billion (roughly Rs. 94,793 crores), the people said. The negotiations are ongoing and a deal is not certain, the people added.

Bloomberg News, which reported on the advanced talks earlier on Monday, said the two companies could reach a deal as soon as this week.

Demand for cheaper chips and new products, as well a driver from technology companies to consolidate suppliers, has led to record levels of dealmaking in the semiconductor sector this year.

Any deal with SanDisk will require a sign off from Toshiba. SanDisk uses Toshiba's foundries to make its chips and the two have an important intellectual property-sharing joint venture.

Analysts have said Toshiba is more likely to accept Western Digital as a buyer for SanDisk than Micron, a rival memory chip maker.

Western Digital, which has a market capital of about $22 billion (roughly Rs. 1,42,840 crores), is also expected to receive a $4-billion (roughly Rs. 25,970 crores) cash infusion from China's state-backed Tsinghua Holdings Co Ltd, if the deal passes regulatory scrutiny in the United States.

SanDisk, which is scheduled to report quarterly results on Wednesday, has grappled with falling prices in the flash memory market and lean inventory levels.