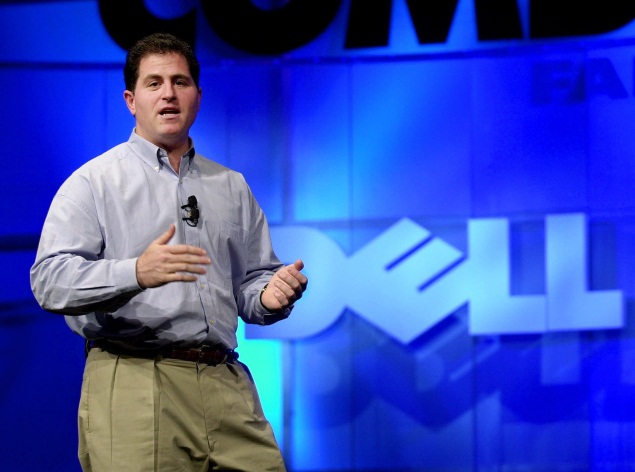 Dell shareholders are scheduled to vote on the offer July 18. Several large investors have been pushing for improved terms.

Institutional Shareholder Services Inc is the biggest shareholder advisory firm, and its recommendations can sway investors looking for direction.

ISS on Monday said Michael Dell's offer "transfers the risk of the deteriorating PC business and the company's ongoing business transformation to the buyout group."

Billionaire Carl Icahn and Southeastern Asset Management have made a rival bid that would see shareholders tender 1.1 billion shares at $14 each. But for the bid to be put to a vote, shareholders first must reject Michael Dell's proposal and then elect a new slate of directors put up by Ichan.

"They must also vote to replace the entire board and the CEO through a proxy contest at a subsequent annual meeting, and even then may end up with cash and equity if the envisioned self tender is oversubscribed," ISS said.

Michael Dell has said the company's shift from a computer maker to a provider of enterprise computing services is best done away from public scrutiny.

Michael Dell, whose offer is backed by equity financing from buyout firm Silver Lake, does not plan to raise the $13.65 per share bid, people familiar with the matter said last week.

Dell is investing aggressively in research and sales to retain customers as it looks to grab market share from established players such as International Business Machines Corp and Hewlett-Packard Co.

Dell's profit for the fiscal first quarter ended in April dropped 79 percent from a year earlier, and revenue fell 2 percent.

Dell has said Michael Dell's and Silver Lake's post-buyout plan anticipated adding a significant number of sales personnel and boosting spending on research and development. And the restructuring plan envisioned would not be palatable to shareholders if carried out as a public company.