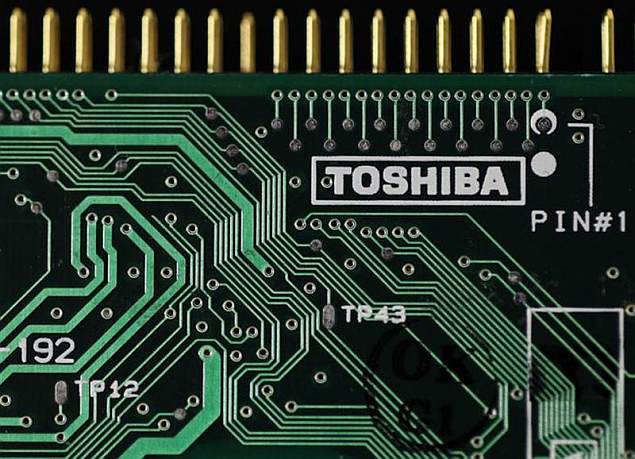 Tokyo police will probe a suspected leak of Toshiba Corp technology to a South Korean company that relates to the top Japanese chipmaker's flagship memory chips, the Yomiuri newspaper reported on Thursday.

The paper also said police had obtained a warrant for the arrest of a former engineer at a Toshiba-affiliated chipmaker who was suspected of improperly providing technical data to SK Hynix Inc.

A Toshiba spokesman said the company could not comment on the matter while it is the subject of a police investigation. Tokyo police declined to comment.

A Hynix spokesman said the company was checking the report and had no further comment.

This would mark Japan's first criminal investigation into a leak of advanced technology from the IT sector overseas, the paper said.

Chief Cabinet Secretary Yoshihide Suga, asked about the report at a regular news conference, said it was extremely important for Japan to protect its advanced technology and prevent it from leaking overseas.

Yomiuri quoted investigators as saying the former employee was suspected of providing information relating to Toshiba's NAND flash memory technology to SK Hynix Inc after he started working at the South Korean company.

NAND memory chips, used to store data in smartphones and tablets, are a key source of profit for Toshiba, whose key competitors in the business include South Korea's Samsung Electronics Co Ltd and U.S. chipmaker SanDisk Corp.