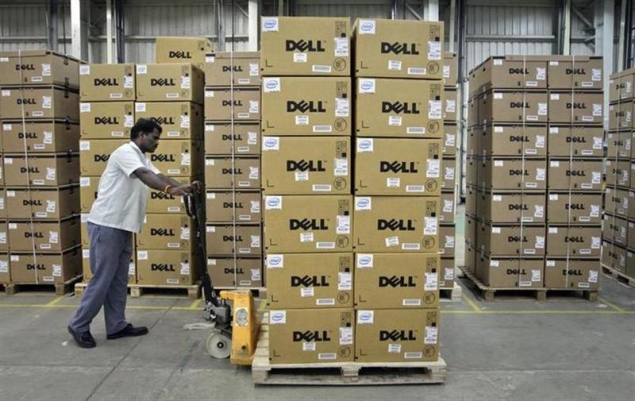 Dell Inc is set to disclose next week that its largest independent investor, Southeastern Asset Management, originally expressed interest in joining the proposed leveraged buyout deal that it now opposes, according to two people familiar with the matter.

On January 29, a week before the technology company's founder Michael Dell and private equity firm Silver Lake Partners announced their $24.4 billion buyout bid, Southeastern and its lawyers met with one of Dell's independent directors, Alex Mandl, who was part of a special committee reviewing the company's strategic options. Also at the meeting was the committee's legal adviser, Debevoise & Plimpton LLP.

Southeastern said at the meeting that it was interested in joining the leveraged buyout and retaining a stake in Dell, said the sources who had knowledge of the Dell filing on the proposed merger, which is expected to be published as soon as next Monday. Southeastern owns 8.5 percent of Dell, which made its name as a personal computer maker, but now also sells business software and technology services.

Southeastern also said it would oppose any buyout in the range of $14 to $15 per share (a range that had been mentioned in some media articles) that did not permit participation by large shareholders, one of the two sources said. The proposed deal, announced on February 5, is for $13.65 per share.

Representatives for Dell and Southeastern declined to comment. Southeastern has said publicly since the proposed buyout was announced that Dell is worth at least $24 per share, and the asset management company has been trying to persuade other shareholders to oppose the buyout.

It is unclear what Mandl's response was to Southeastern's request to join the buyout or whether Southeastern's proposal was communicated to Michael Dell and Silver Lake.

People close to the Dell camp say the merger document will show that Southeastern is now trying to kill a deal that it had wanted to participate in. But a person close to Southeastern said there is no inconsistency in their private discussions and public statements.

The person close to Southeastern pointed to the money manager's February 8 public letter to Dell's board, which stated that Southeastern would have endorsed "a go-private type sale where current shareholders could elect to continue to participate in a new company with a public stub unfortunately, the proposed Silver Lake transaction falls significantly short of that."

It is unclear whether the buyout group's insistence that the company be taken private was critical in Southeastern's eventual opposition to a takeover by the Michael Dell-led group.

Memphis-based Southeastern, led by fund managers Mason Hawkins and Staley Cates, has a lot of money riding on Dell. The fund accumulated its Dell stake - worth about $2 billion - at an average cost of $16.88 per share. That adds up to a loss of almost $400 million at the current buyout price.

Billionaire investor Carl Icahn has also thrown his weight against the buyout, arguing that Dell should borrow money to pay shareholders a special dividend of $9 per share instead. Icahn has not disclosed the size of his stake but CNBC reported on March 6 that he owned around 100 million shares, or 6 percent of the company.

The buyout requires approval from a majority of shareholders excluding Michael Dell, who controls about 16 percent. Southeastern and several publicly declared allies, such as fund manager T. Rowe Price , control at least 14 percent.