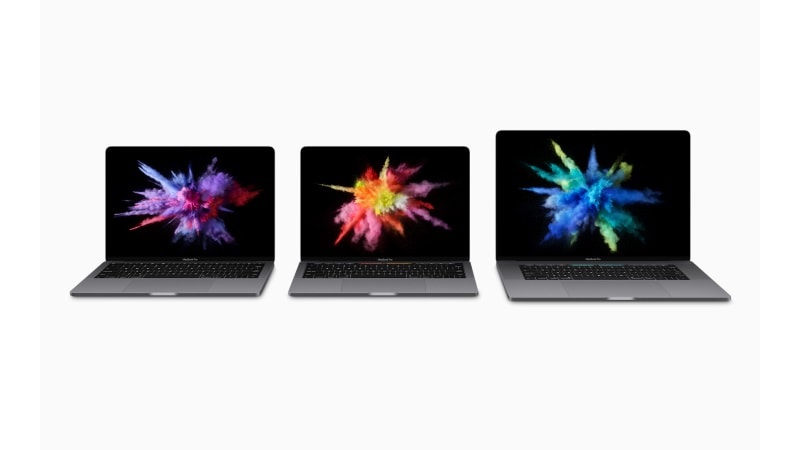 Apple unveiled the refreshed MacBook Pro in 13-inch and 15-inch variants in October, and some early buyers have started to provide feedback on their initial experience. A number of users are reporting failures and GPU glitches in their new MacBook Pros, with some even reporting unrecoverable crashes.

Some users claim that the graphics card goes kaput when using Adobe Media Encoder, and the computer eventually crashes, while others claim issues with the Photos app. One users' MacBook Pro started 'flashing violently with red/ green hues and a sort of chequerboard pattern.'

More than one user is also reporting com.apple.photos.ImageConversionService showing up in kernel panic logs. 9to5Mac also experienced 'some 'tearing' on the machine, where the desktop background starting showing through foreground windows across all apps'. Issues are being reported on both discrete and integrated GPU configurations of the 15-inch MacBook Pro.

All of these might just be separate technical hardware glitches that are bound to happen in a shipment of such massive stature. However, a user who experienced the graphics card issue on his MacBook Pro 2016 (Touch Bar variant) was told by an Apple Store representative that it was a 'hardware problem' without explaining any further.

It's too early to tell whether this is a widespread issue or not, and future experience reports from early owners will shed more light on the matter eventually. In iFixit's teardown, the MacBook Pro with Touch Bar received the lowest possible repairability score. The thin OLED strip that replaces the function keys is difficult to replace and scores just 1/10 for iFixit in repairability. Are you experiencing any difficulties or hardware issues on your new MacBook Pro 2016? Let us know in the comments below.