It works wired or wireless.

A preview of the new Sidecar feature in macOS Catalina

At its WWDC 2019 keynote, Apple announced a new extended desktop feature called Sidecar for the new macOS Catalina — named after a southern California island — allowing users to use their iPad as a second display, or as an input device in creative apps such as Adobe Illustrator. The former use case is straightforward, letting you extend or mirror your main display, as per your requirements. With the latter, you can now use the Apple Pencil to interact with Mac apps, provided your iPad supports it. Better yet, Sidecar will work wired or wireless (10-metre range), which gives you more freedom to use it how you please. At WWDC 2019, Apple also unveiled changes to iOS, tvOS, and watchOS, apart from announcing iPadOS.

Naturally, you'll be able to use all iPad gestures to interact with Mac apps, including the new ones — three-finger cut, copy, paste, and undo — announced at the developer-oriented WWDC 2019 keynote on Monday. Sidecar will also offer a sidebar on your iPad for commonly used controls, be it modifier keys for shortcuts, or buttons to hide the menu bar, dock, and keyboard. Additionally, Touch Bar controls will appear at the bottom of the iPad screen when using Sidecar, even if your Mac doesn't have a Touch Bar. 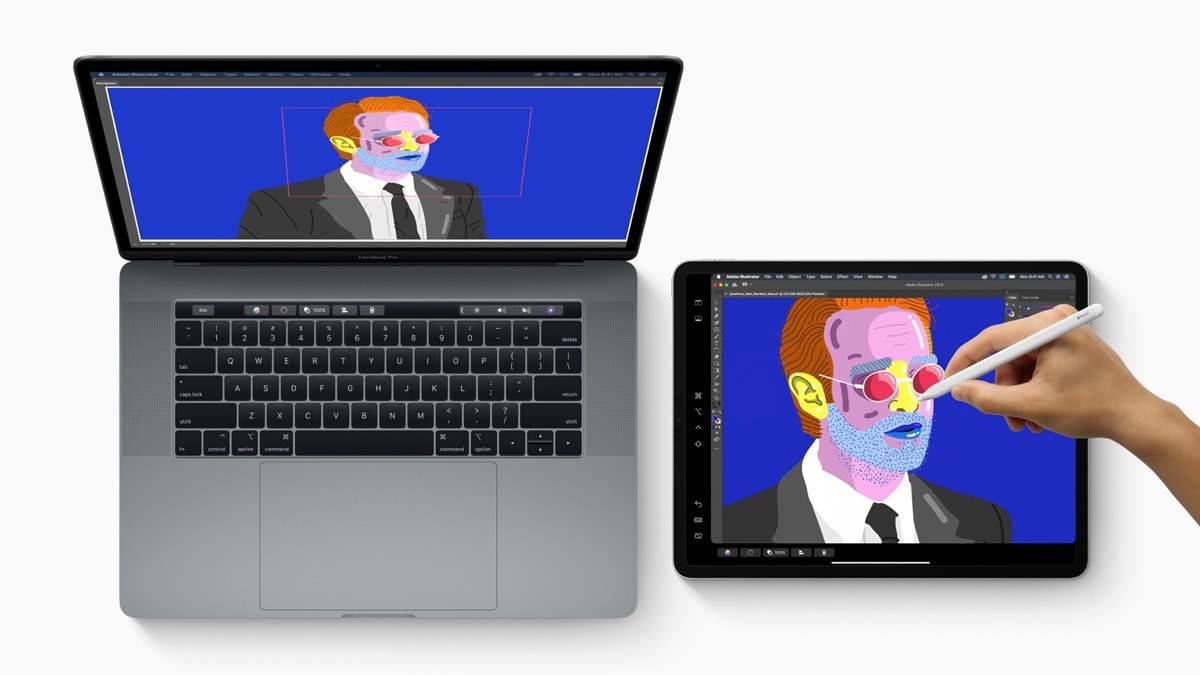 Apple claims that “developers don't need to do anything for Sidecar support — it just works.”

That said, those apps that offer advanced stylus support can make use of Apple Pencil's pressure and tilt features, and can also customise what a double-tap on Pencil's side does. Apple has listed a total of 15 apps on its site that will likely offer advanced features, including the likes of Final Cut Pro, DaVinci Resolve, Motion, Sketch, Cinema 4D, CorelDRAW, Affinity Designer and Photo, and the aforementioned Illustrator.

Sidecar will only be available on Mac machines that can upgrade to the newly-announced macOS Catalina, releasing in the autumn as a free update. Apple says all Mac computers introduced in mid-2012 or later will get Catalina, which will also bring about the replacement of iTunes on the Mac with three new apps, bringing voice control for added accessibility, and introducing Screen Time among other new features.

Further reading: Mac, macOS, macOS Catalina, iPad, Apple Pencil, WWDC, WWDC 2019
Akhil Arora Email Akhil Akhil Arora covers entertainment for Gadgets 360, interviewing stars such as Christian Bale and Anurag Kashyap, covering series premieres, product and service launches across the globe, and looking at American blockbusters and Indian dramas from a global socio-political and feminist perspective. As a Rotten Tomatoes-certified film critic, Akhil has reviewed over 150 movies and TV shows in over half a decade at Gadgets 360. When he is not completely caught up with new film and TV releases, Akhil ...More
iTunes for macOS to Be Replaced by Dedicated Music, Podcasts, and TV Apps
iOS 13 to Bring Indian English Siri Voice and Other India-Centric Features