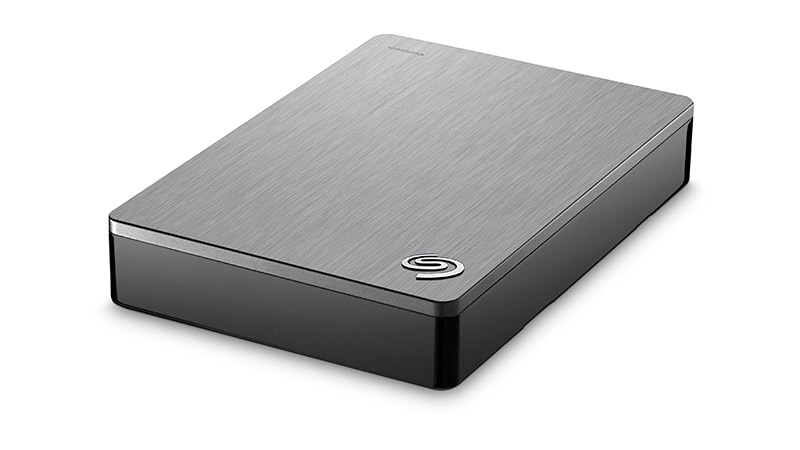 Seagate has introduced a 5TB version of its Backup Plus Portable line of hard-drives, in what it’s claiming is “the largest capacity mobile drive on the market.” Put simply, if you need more storage on a single device than everyone else on the go, Seagate wants to be your only option.

If you’re wondering how big and heavy a 5TB portable hard-drive must be, the Seagate 5TB measures 11.5x7.8x2cm (LxWxD) in dimensions – almost twice as thick as a Backup Plus Slim drive (1.2cm) – and weighs less than a quarter of a kilogram, at 247 grams. That’s been made possible by Seagate’s new technology behind its 5TB BarraCuda internal hard-drive, which was itself announced only last month.

That means you can use the 5TB Backup Plus Portable without an external power source, which is convenient especially if you’re on the move. And there aren’t any data speed trade-offs, with the new Seagate drive capable of 120MB/s over a USB 3.0 connection. The 5TB drive doesn’t ship with a USB Type-C cable though, so you’ll need to use a dongle if you buy a laptop that only has USB Type-C ports.

As always, Seagate says you’ll be able to download an NTFS driver for Mac for your new 5TB drive, so you don’t have to worry about support though. On the software side, Seagate is touting the convenience of its Dashboard software which provides one-click and scheduled backups, plus apps for both Android and iOS that help you backup your precious mobile pictures and videos, either to the 5TB drive or the cloud.