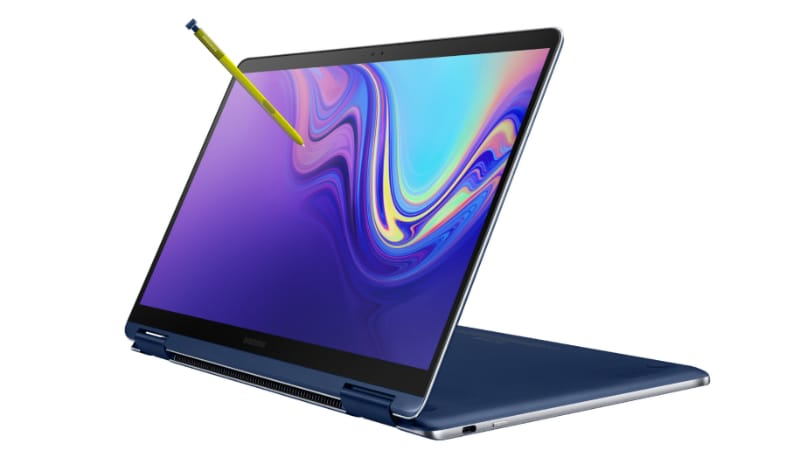 Samsung Notebook 9 Pen (2019) price has not been disclosed yet

Samsung on Thursday announced the launch of its latest Notebook 9 Pen range of convertible laptops. The 13-inch Samsung Notebook 9 Pen (2019) model has been refreshed with an improved S Pen and slightly tweaked specifications including a significantly bigger battery cell. The range gets a new, larger 15-inch model for users who prefer more real estate. Let's check out the specifications, features, and availability details of the new Samsung Notebook 9 Pen (2019). Both variants in the range run Windows 10 out-of-the-box.

Samsung Notebook 9 Pen (2019) pricing has not been revealed by the South Korean manufacturer yet. Both models will be available in South Korea from December 14. Availability will expand to Brazil, China, Hong Kong, and the US starting in “early 2019”.

The new Notebook 9 Pen sports an all-metal aluminium frame, and has been launched in Ocean Blue and Platinum White colour variants. The improved S Pen is claimed to offer reduced latency up to 2x that of the older model, launched about a year ago. Users can download the Myscript Nebo app for a free three-month trial when purchasing the Samsung Notebook 9 Pen (2019).

The Notebook 9 Pen (2019) has been launched in 13.3-inch and 15-inch display variants, both with a full-HD resolution. The new 2-in-1 notebook is powered by Intel's 8th-generation Core i7 processor, coupled with Intel UHD graphics/ Nvidia GeForce MX150 (2GB), 16GB LPDDR3 RAM, and 512GB PCIe NVMe SSD.