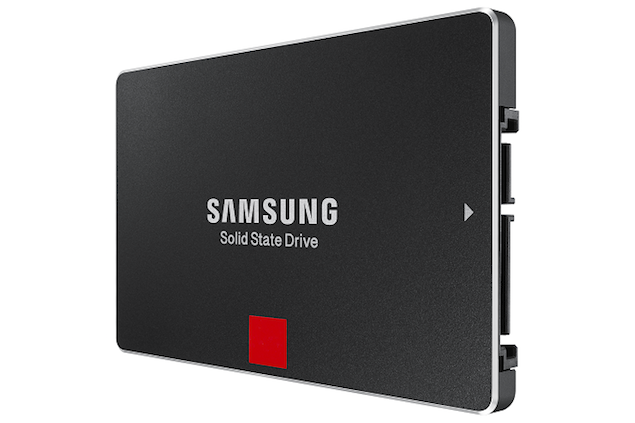 If you are in the market looking for a fast SSD with a sizeable storage space (beyond 1TB in this case), Samsung has options for you. The Korean tech giant on Sunday launched the 850 Evo and the 850 Pro solid-state drives (SSDs) in 2TB capacities, for a price of $800 (approximately Rs. 51,000) and $1,000 (approximately Rs. 64,000) respectively. They will be available in the second half of August. The 850 Evo comes with a warranty of 5 years or 150 terabytes written, whereas the 850 Pro has an even higher endurance rating of 10 years or 300 terabytes written.

The new 2TB drives will use a SATA 3.0 interface and will be enclosed in a 2.5-inch aluminium enclosure - all of which is the same as the 1TB siblings. Although, Samsung also promises that it is working on V-NAND SSDs with M.2 (PCIe) interfaces, as well as mSATA.

As the name suggests, the 850 Pro is designed for power users. It has a higher performance of 550MB/s sequential read and 520MB/s sequential write rates. The 850 Evo, on the other hand, has a lower performance of 540MB/s and 520MB/s read and write speeds respectively. The SSDs are made up of 128 individual 32-layer 16GB 3D V-NAND flash chips. They also include a high-performance MHX controller and four 20nm size process 4Gb LPDDR3 DRAM chips.

These drives should be great for anyone who wishes to shoot and edit a lot of 4K videos.