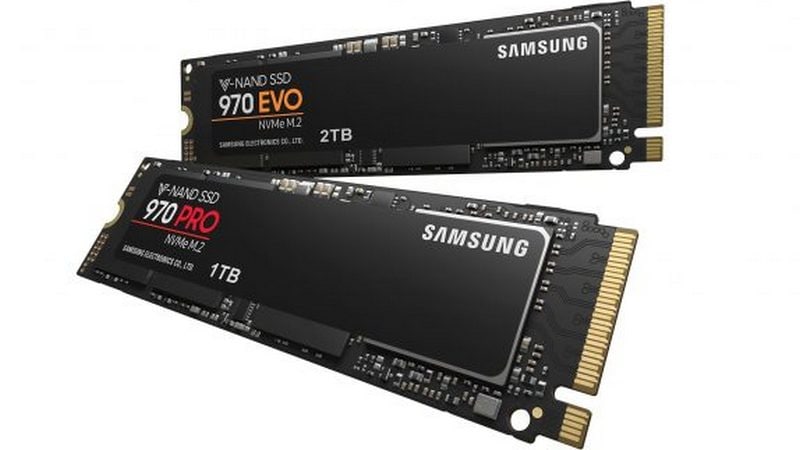 The 970 series is said to maximise the potential of NVMe bandwidth, delivering unparalleled performance for processing large volumes of data, including 3D, 4K graphics work, high-end games and data analytics. There is also the Dynamic Thermal Guard technology that safeguards against overheating by automatically monitoring and maintaining optimal operating temperatures, while a heat spreader and new nickel-coated controller further lower the SSD temperatures. The SSDs come with a five-year warranty or up to 1,200TB written, 50 percent higher than those provided for the previous generation SSDs.

Samsung Electronics with 14.2 percent share surpassed Intel as the top vendor for the global semiconductor market in 2017 - a feat that took 25 years to happen - Gartner said earlier this week. The memory market surged nearly $50 billion to reach $130 billion (roughly Rs. ) in 2017 - a 61.8 percent increase from 2016. Samsung's memory revenue alone increased nearly $20 billion in 2017, moving the company into the top spot in 2017.