Remix Mini Is an Android Desktop for Under Rs. 2,000 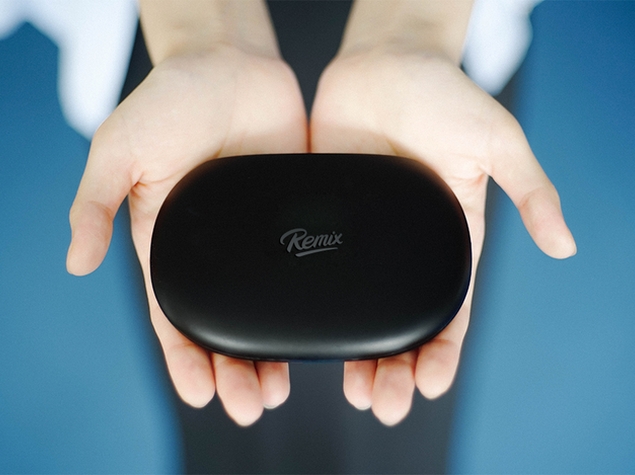 In our weekly column, Kickstarter of the Week, we look at the best projects you can back on crowdfunding websites like Kickstarter or Indiegogo. We're always on the lookout for breakout hits like the next Oculus Rift virtual reality headset, or the next Pebble smartwatch, but along the way, we've found some amazing and cool projects to fund ever since we started this column.

Some cool ideas we've seen lately included a smart punching bag and a gaming drone for dogfights. We found other nifty things, like the Griffin Pocket Tool, and the Quickey, and we've also found some high-tech luggage, such as this suitcase, and this backpack.

This week, we came across the Remix Mini, an Android based mini-PC. The company behind the Remix - Beijing-based Jide Tech - has created an OS it calls Remix OS, which is based on Android, but is heavily customised to give you desktop features such as a taskbar, and multi-window multi-tasking. Remix OS is designed to be used with a mouse and keyboard, running on the big screen. At the same time, it's based on Android, and you'll be using Android apps to get things done.

This might have seemed like a bad idea even a year ago, but there's a pretty good collection of apps on Android that take care of most productivity tasks, and there is also no shortage of fun little games you can play even without a touchscreen. You can see more in the video below:

As the Remix creators point out in the Kickstarter pitch, most people are spending a lot more just to check email and watch YouTube videos. If you're looking for a very basic computer, then why do you need to spend a huge amount of money on it?

Another problem we had with some of the Android based Kickstarter projects has been that by the time the product is delivered, Android has marched on and the hardware is significantly behind the curve. Remix is supposed to be delivered anywhere in the world by October 2015 - if the company can actually meet this deadline, then the Remix Mini desktop sounds like a pretty good buy in our view.