Multiple new colour options for the original version of the laptop will also be unveiled. 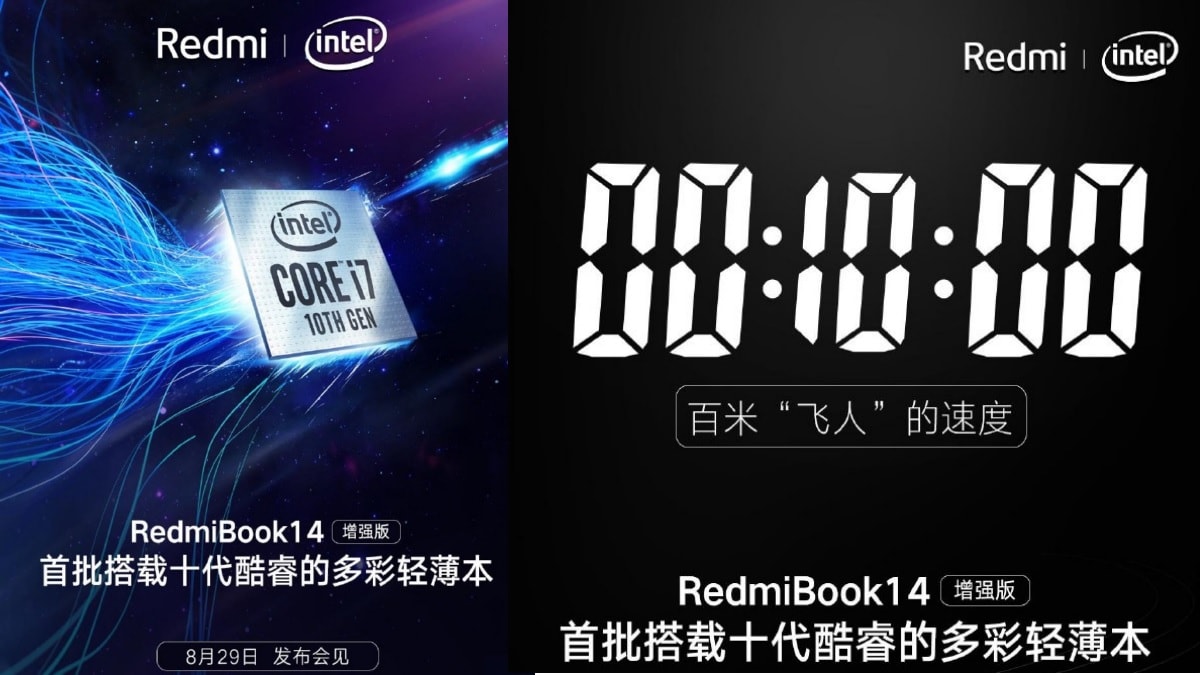 The official Mi Notebook Weibo account shared a post announcing the updated RedmiBook 14's launch on August 29 in China. The post indicates that the updated RedmiBook 14 will be launched in multiple colour variants, in addition to the silver shade of its predecessor. Redmi General Manager Lu Weibing also commented below the post that new colour options for the affordable laptop are in the pipeline.

In another Weibo post, it is being claimed that the upcoming RedmiBook 14 powered by the 10th gen Intel processors will bring a performance upgrade of 13 percent over the previous generation. However, it is not clear whether the updated RedmiBook 14 will employ the 10th Gen Ice Lake processors or if it will come equipped with Intel's 10th Gen Comet Lake processors.

Not much is known is about other specifications of the RedmiBook 14 refresh as of now, but the pricing will certainly go up compared to its predecessor. The original RedmiBook 14 came equipped with a 14-inch ultra-narrow full-HD display, an Nvidia GeForce MX250 graphics ticking alongside 8GB of RAM. The laptop also came with an Intelligent Unlock 2.0 feature that is claimed to unlock the laptop from standby mode in just 1.2 seconds.