Razer Huntsman and Huntsman Elite have been launched as the new mechanical keyboards with special Razer's Opto-Mechanical switches. The latest keyboards are claimed to offer a key actuation at a much faster speed - 30 percent faster than traditional mechanical switches. This remarkable achievement comes from the advanced proprietary switches that use an infrared (IR) light beam to precisely detect actuation when a key is pressed. Razer also claims that the new keyboards come with as long as 100 million keystroke lifespan, while the keypresses will provide a similar tactile feel of the Razer Green switches. The Huntsman with the standard Chroma lighting comes with a price tag of $149.99 (approximately Rs. 10,300), while the Huntsman Elite is priced at $199.99 (roughly Rs. 13,700). Both are available for purchase globally starting today.

Using the Razer Opto-Mechanical switches, the Razer Huntsman and Huntsman Elite enable the same actuate and reset points for keypresses as found in a linear switch and provide a tactile feel similar to the Razer Green switches, along with a lighter actuation force of 45 grams. Razer has used the optical actuation technology alongside a metal key stabiliser bar fitted around each switch. This reduces moving parts and restrict physical contact during actuation. This ultimately drops switch degradation down and match the Razer Huntsman a durable option for gamers.

Each of the Opto-Mechanical switch on the Huntsman series of Razer keyboards have a 1.5mm actuation point. This makes the switch capable of actuating at 30 percent faster speed than any traditional mechanical switches, Razer claims. 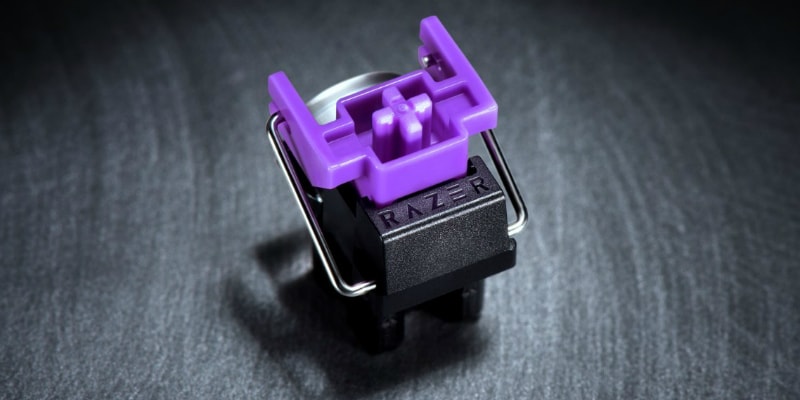 Alongside the new switch technology, the Razer Huntsman and Huntsman Elite have Chroma backlighting with as many as 16.8 million customisable colour options. There are also dedicated gaming mode and fully programmable keys with on-the-fly macro recording. Further, the Huntsman Elite includes underglow lighting support that helps illuminates all the sides of the keyboard and around the wrist rest. This is an addition to the traditional backlit keys that are commonly found on many gaming-focused mechanical keyboards.

The keyboards include Razer Synapse 3 support for an enhanced customisable experience. Plus, the Razer Huntsman Elite has Hybrid On-board and Cloud Storage features to let gamers save and access their personalised profile settings online via the cloud or offline via the available onboard storage. The Huntsman Elite also includes multimedia controls in the form of dedicated buttons and a multi-functional, digital scrolling dial. Moreover, both Huntsman models have ultrapolling frequency of 1000Hz.

"We have amassed years of experience developing and manufacturing our very own Razer Mechanical Switches designed specifically for gamers," said Razer CEO and Co-Founder Min-Liang Tan, while announcing the new keyboards. "This focused expertise has now expanded upon our brand's legacy with the new Razer Opto-Mechanical Switch that delivers an all-new level of performance that is optimised for top-tier esports competition."