Starting at $2,199 (roughly Rs. 1,35,700), the same as the last year's model, the new Razer Blade sports a 14-inch 3200x1800 pixel multi-touch IGZO (Indium Gallium Zinc Oxide) touchscreen with pixel density of 262ppi. A model with a 1920x1080 pixel IPS LED-backlit display also available, without touch. Razer has bumped up the Blade's processor, memory, and GPU with the refresh. 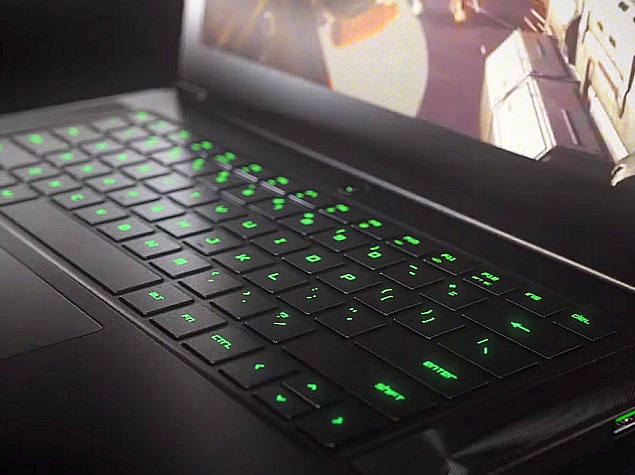 The Nvidia GeForce GTX 970M is build on the firm's Maxwell architecture, and features the Optimus technology to allow the laptop to switch between integrated and dedicated graphics depending on the application being used. This smart switching also results in longer battery life for the gaming laptop.

Razer, besides concentrating on its gaming laptops, is also focusing on its wearables, as it launched the Razer Nabu X wristband at CES 2015 last month. Retail units will be shipping in the US spring for general public at $49.99 (approximately Rs. 3,100). The wristband comes as a successor to the Razer Nabu, which was first seen in CES 2014.